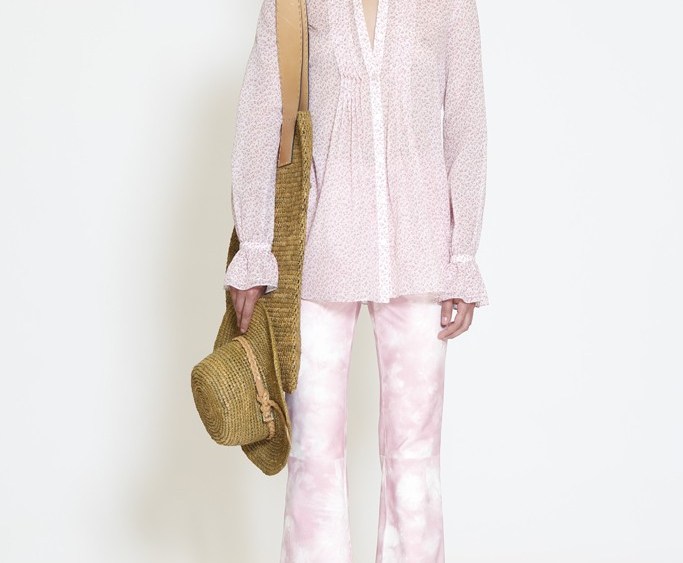 “A little Bardot, a little Birkin…our new garden, we just replanted the terrace.” — Michael Kors on his resort collection.

“It’s night and day from what it was, and we believe that’s going to really drive the business back.” — PVH chief Emanuel Chirico on the retooled Calvin Klein brand.

“My woman buys these clothes to celebrate the holidays, not to take them traveling on a yacht.” — Bibhu Mohapatra on his resort collection.

“The development of Burberry’s beauty division is a key driver for the growth of the business as a whole. Within our over overall beauty plans, fragrance will play a leading role in driving revenue and raising brand awareness.” — Burberry’s Christopher Bailey.

“It’s about love. It captures a moment in time when one soul links to another.” — Vince Camuto on his new fragrance, Amore.

“Everyone I have given the book to has cried. My husband cried — I don’t know if that is good…It’s very honest.” — Diane von Furstenberg on her new book, “The Woman I Wanted to Be.”

“Museums that aren’t perfect are the ones that I love. Museums that aren’t overdesigned. I always like to visit the strange, odd museums. In New York, the Frick is absolutely my favorite, favorite place because I like to think that it was someone’s home not that long ago.” — Reed Krakoff.

“Back then, when I played in them, they were considered very high-tech. It was the first leather shoe ever made for tennis. Now they’re just lifestyle.” — Tennis (and sport shoe) legend, Stan Smith on his iconic Adidas sneaker.

“[I wanted to] show some flesh and encourage women to be themselves. Fashion has been a little oppressive of late.” — Stella McCartney on looking at her mother’s wardrobe from the Seventies for her resort 2015 inspiration.

“This is the first book that made me dream, a box full of mystery which I had with me when I was a young boy in boarding school.” — Jean-Charles de Castelbajac on Le Petit Larousse, the dictionary-cum-encyclopedia he helped illustrate to celebrate its 110th anniversary.

“People magazine came out and said I’m a cross between Elizabeth Taylor, Kristen Stewart and Emma Stone. It’s mental. I think it was meant as a compliment.” — Actress Sarah Greene, who plays Helen McCormick in Broadway’s “The Cripple of Inishmaan,” on her newfound fame.

“No other person makes it into the top echelon, [or] has the kind of conversion power that Olivia has. When Justin Bieber and Selena Gomez broke up, he left wearing the pair of sunglasses we’d gifted Selena. I thought it would lead to a huge spike in sales, but didn’t move the dial at all.” — Westward Leaning’s cofounder Robert Denning on the selling power of Olivia Palermo, who the brand has teamed up with on a new eyewear collection.

“Each element was a process that took a lot of evaluation as to what’s been done before and what hasn’t been done before,” — Alexander Wang on his first fragrance for Balenciaga.

“When presenting our results for 2013, we stated that our objective for 2014 would be to consolidate the position of the Prada Group at the top of the luxury goods segment with industrial, marketing and retail investments, primarily aimed at reinforcing business know-how, the quality of our products and relations with our customers,” — Patrizio Bertelli, ceo of the luxury fashion house.

“It seems that, once she’s in the store, the consumer is excited by what she’s seeing,” — Deborah Weinswig, an adviser to RetailNext and executive vice president and head of global retail research and intelligent for Fung Group, on the positive turn on the metrics and comp results for May.

“They like traditional brands, but they expect them to innovate,” — Rémy Oudghiri, head of consumer trends and insights at IPSOS, on consumers in the UAE and Saudi Arabia.

“California Chrome is the American people’s horse. It’s just crazy — suddenly overnight he’s like the star. A hundred million people know who California Chrome is and they’ve never even gone to the track or have seen him.” — Jockey Victor Espinoza, who will be gunning for the first Triple Crown win in 36 years at Saturday’s Belmont Stakes.