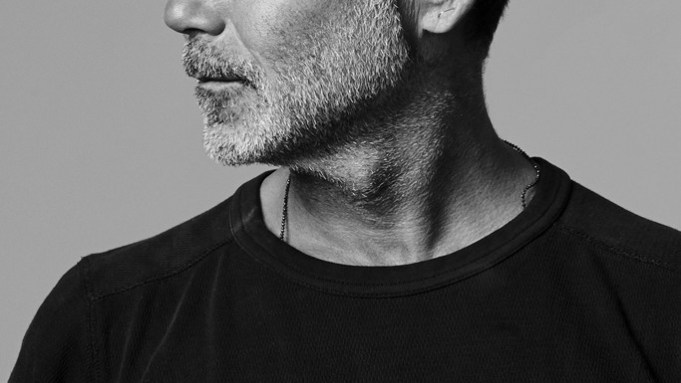 WWD’s week in quotes, culled from stories that ran the week of August 19 to August 23.

• “There’s not a lot between Victoria’s Secret and Kiki de Montparnasse, and we know how to design cool, weird s–t.” — Nasty Gal’s Sophia Amoruso

• “In an age of information overload and of all things being homogenized, the sharper and more differentiated you can be with products that serve a purpose is a pretty successful formula.” — Hurley’s Ryan Hurley

• “We spent a couple of years buying fast fashion, and there has been a huge realization that the fast fashion doesn’t last very long. People are going back to wanting a bang for their buck and [are realizing] that if they spend a little more, they’re going to get something they’re happier with.” — Edina, Minn.-based chain Hot Mama’s Kristina Klockars

• “I have a very clear image of how I see women, and I felt that the clothes on TV, unfortunately, played into a woman’s insecurity. A lot of women over the age of 35 feel that fashion is either not for them or that they should basically cover up what they think are their flaws and do the best they can.” — Hal Rubenstein

• “I’ve worked with women and this is all I hear. ‘My shoulders are too round.’ ‘My breasts are too low.’ ‘My calves are too small.’ ‘My feet are too wide.’ ‘My knees aren’t pretty and my fingers are stubby.’ The litany goes on and on. I am not buying it. There are seven billion people in this world, which means there are 3.5 billion women. And when she gets up and looks in the mirror, wouldn’t it be cooler if she realized that out of the 3.5 billion women, not a single one of them sees the same reflection she sees? No one has your face. No one has your experiences. No one has your life. No one has the people around you who love you. So, in other words, there is no one else like you in the world.” — Hal Rubenstein

• “It’s no secret that the company’s prior merchandising promotional strategies weren’t working. We had to make changes.…We had to get back by listening and putting the customer first.” — Myron “Mike” Ullman

• “No matter how many campaigns I do for H&M, I don’t think I’ll ever get used to seeing my image on huge billboards everywhere.” — David Beckham

• “She wasn’t willing to be ruthless, and that’s what it would have taken to stay in her position.” — a source on Klara Glowczewska’s dismissal from Condé Nast Traveler.

• “We are going to make mistakes. Because we manage a large pool of capital and we make active investments in large capitalization, high-profile companies, our mistakes are often going to be much more visible than those of other investment professionals… Clearly, retail has not been our strong suit, and this is duly noted.” — William Ackman, Pershing Square Capital Management

• “The reasons for the weak traffic we’ve seen in the U.S. are not entirely clear. Our best theory is that while consumers in general are feeling better about the overall economic environment, it is less the case for the young consumer. In addition, we believe youth spending is likely diverted to other categories. We assume that these effects will abate at some point but until we have some clear evidence of that, we are planning sales, inventory and expense levels on a conservative basis.” — Mike Jeffries, Abercrombie & Fitch Co.

• “Man, once it makes its way to litigation, it’s for lawyers to discuss. It ain’t got nothing to do with me.” — rapper T.I. on the lawsuit filed last Thursday by lawyers for Thicke, Williams and T.I. in a Los Angeles federal court regarding their massive hit “Blurred Lines.”

• “I think I was probably about 13 in Ireland — my dad’s Irish. I spent a lot of time there and it was Guinness.” — Olivia Wilde on her first beer.

• “My mother always said, ‘We should leave the house expecting to run into somebody we went to high school with.’” — Hal Rubenstein

• “I wear heels. We kick hard in South Carolina. We have no unions.” — South Carolina Gov. Nikki Haley on why it makes a good location to make in America.

• “I loved going into the labs — there were scents and notes that I never thought would go into a fragrance.” — Tory Burch on developing her first fragrance.