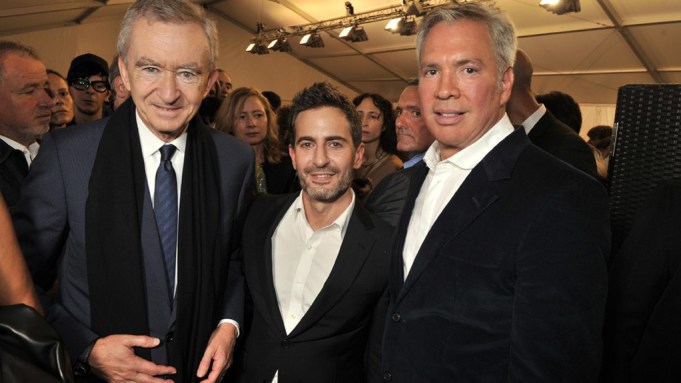 WWD’s week in quotes, culled from stories that ran the week of September 30 to October 4.

• “We went to the Chanel show. I mean, if this was in the States, this would be like NASCAR. All these girls would have a sponsor.” — Comedian and talk-show host Steve Harvey, on attending Paris Fashion Week with his wife.

• “The biggest and most interesting challenge is to bring Elsa Schiaparelli’s legacy to the present and the future.” — Marco Zanini on his new role as creative director of Schiaparelli.

• “There is huge capacity [in Africa] and people are trying to figure out how to reduce their dependence on China and more recently, Bangladesh” — Edwin Keh, a lecturer at the University of Pennsylvania’s Wharton School on the global apparel sourcing paradigm.

• ’The textile industry, especially, is eagerly awaiting a free-trade agreement between the two countries” — Hikmet Tanriverdi, chairman of the Istanbul Textile and Apparel Exporter Associations on the U.S. and Turkey free-trade pact.

• “We believe that the retail environment remains difficult, as evidence by the promotional cadence, with a greater likelihood that there will be excess inventory to clear into quarter-end,” said UBS stock analyst Roxanne Meyer in a research note on the holiday outlook.

• “The idea came from people who overreact to art today. It’s all become a little too much.” — Karl Lagerfeld of his Chanel Spring 2014 collection.

• “I am really shocked because it’s just a T-shirt. There’s no doubt that it’s not a Saint Laurent product.” — Sarah Andelman, Colette’s creative director and purchasing manager, on Saint Laurent severing ties with the retailer.

• “I know people will perceive this in whatever way they want. They will read into all sorts of things. The choices that I made were based on something completely different. This was never my intention to be the last show. The three of us, with Michael’s company, decided that [last-minute]. So again, whatever.” — Marc Jacobs on the retrospective mood of his last collection for Louis Vuitton.

• “It’s not complicated at all. We agree completely together and we are the only shareholders, so there are no complications. It’s very simple.” — Bernard Arnault on his relationship with Robert Duffy and Marc Jacobs.

• “We aim to become an indispensable daily companion to live human experiences,” — a statement from Twitter on its IPO plans.

• “For me, a great house that claims to be true luxury needs fashion to legitimize its image in fragrance,” — Christian Courtin Clarins on the relationship of fashion and beauty.

• “We have really been on a quest to create Barneys’ environment in terms of our own architecture and our own aesthetic.” — Mark Lee on the new Barneys beauty floors that were unveiled this week.

• “You know, Whoopi Goldberg and I were just talking about how people in today’s world, they know what their favorite celebrity wore to dinner last night because of social media. So let’s use social media in a more effective way to convey what brain scientists now know about brain development.” — Hillary Rodham Clinton at the inaugural beneﬁt gala for child-development charity Save the Children.

• “Maybe I should go to Washington now and see what I can do, if I’m that good,” — Jennifer Garner at the inaugural beneﬁt gala for child-development charity Save the Children.

• “It was hard to leave her,” — Kim Kardashian on baby North West at the premiere of “Mademoiselle C” in Paris.

• “We need to give a big, gigantic, thunderous round of applause to our host, Hugh Jackman. He’s the Wolverine! Come in, give it up for the Wolverine. He can sing. He can dance. I hate him.” — Dennis Leary at the Friends of Hudson River Park Gala.