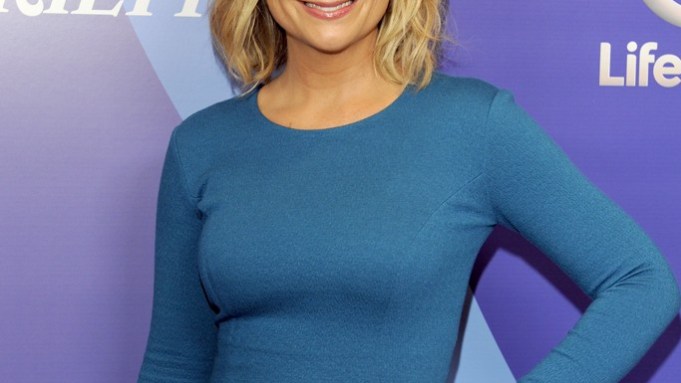 WWD’s week in quotes, culled from stories that ran the week of October 7 to 11.

• “I hope they’re OK with me giving [this award] to my mom. That b-tch was building roads in Africa when no woman was doing that.…So I thank you, mom, for teaching me through your actions how to be a strong and powerful woman.” — Charlize Theron in her acceptance speech at Variety’s Power of Women luncheon.

• “If you take one thing from this event, please remember…giving to charity is good for your skin and makes your ass smaller.” — Amy Poehler at Variety’s Power of Women luncheon.

• “When I came to the magazine I asked what fashion they had and they told me Dr. Scholls.” — Men’s Fitness magazine publisher Patrick Connors, on the magazine’s increased advertising strength.

• “It is a matter of concern how a highly compliant factory could catch fire and how the fire spread so quickly.” — Nafis Sikdar, managing director of Palmal Group, on the blaze in Bangladesh.

• “My responsibility as ceo was to keep the team focused on moving the business forward,” — Paul Blum, chief executive officer of Juicy Couture, a day after the business was sold to Authentic Brands Group.

• “We use the word mobility instead [of mobile] — the idea of a consumer moving through space and how Macy’s can fit into her journey,” — Jennifer Kasper, group vice president, digital media and multicultural marketing of Macy’s at WWD’s Digital Forum.

• “In the past two years, we have reduced our water consumption by more than half, from 800 million liters in 2011 to 350 million today.” — Chiaretto Calo, global commercial director, Miroglio Textile.

• “I don’t believe in the word intuition. It’s not intuition. It’s me analyzing behavior, or what is going on.” — Gail Federici, president and chief executive officer, Federici Brands

• “A note to the Chambre Syndicale — air conditioning is not a sin. There have been a few collections where we actually thought we were going to expire and call the ambulance.” — Ken Downing, Neiman Marcus, on the Paris season.

• “People are having a hard time combing through all the hashtags. This is so much going on that it’s becoming overwhelming. It’s too much information too fast. Everyone is viewing everything at once, and they can’t deciper what they want and what they don’t.” — Shelly Socol, One Rockwell digital agency, on social media overload.

• “We’re heading into what I think will be an inflationary period for the industry in may of the places our products are sources. It’s going to get tougher to expand gross margin as we did in the third quarter.” — Chip Berg, Levi’s.

• “Now I see one million meters to H&M. Before 2010, it was zero.” — Mozart Tseng, Mozartex, one of China’s largest fabric suppliers.

• “I was sitting in a hotel restaurant with my American friends, and a guy approached us silently and handed me a stack of papers. I brought them back to my company, had them translated in Japanese and decided to go ahead with the deal.” — Yohji Yamamoto, on a relaunch of his fragrances.

• “We will definitely be a force to be reckoned with. We will not let anyone take our business away.” — JC Penney’s Mike Ullman on the upcoming holiday season.

• “We try to be very clear as a company that we pay for performance and results…We’re paid for supporting our business strategies. We’re paid for delivering over the mid-to long term. We’re paid not to take excess risks.” — A.G. Lafley at Procter & Gamble Co.’s annual meeting with shareholders.

• “I’ve had a great crush on Catherine Deneuve for many years….Without a doubt women in France are very beautiful. They wear their clothes in a very understated way.” — Ralph Lauren at the black-tie event he hosted in Paris to kick off a two-year commitment to help restore and modernize the Beaux-arts’ historic amphitheater.

• “You have to be honest with people about what you’re doing. Don’t trick anyone. Don’t take stuff for free and act like you love it. If your fiancee works at the brand, you have to be honest about that. The readers understand that.” — Michael Williams, A Continuous Lean, on bloggers.

• “We do a very nice business at very high prices.” — Jeff Rudes, J Brand, on the company’s business in China.

• “I’ve never understood why New Yorkers vote against their own interests. New York is a city of financial entrepreneurs, of genius stock traders and bankers. It would be a smart idea to keep it that way.” — Jacqueline Weld Drake on the upcoming Mayoral election.

• “This is the credit worthiness of the United States that we’re talking about. This is our word. This is our good name. This is real.” — President Barack Obama on the possibility of the U.S. Government defaulting on its debts.

• “There is more opportunity for Nike today than at any point in our history.” — Mark Parker, Nike.

• “I think you’ve got an increasing sophistication in the market and that’s a consequence of people traveling more, being able to access more brands online and generally discovering fashion. So I think the appetite for multibrand has grown.” — Andrew Keith, Lane Crawford, on retailing in China.

• “I cannot stand the way that people today think they know everything just because they are in your presence. They know nothing and they think they have nothing to learn.” — Andre Leon Talley on young editors in the fashion industry.

• “I’m not operating from an ivory tower of pure fashion. I don’t fancy myself as a pure fashion designer like Ralph or Calvin. The world doesn’t need another guy to organize another fashion conversation around lapel widths or the role of leather sweatpants, like Kayne would say.” — Marc Ecko on returning to his namesake brand.

• “We have luxury shoppers. What we have been lacking is luxury brands.” — Chance Wales, director of beauty and health & personal care, Amazon.

• “Amazon is going to have to be really willing to hold the line. The moment they start discounting or let the Marketplace come into play, these brands are going to go running for the four corners.” — Wendy Liebmann, chief executive officer. WSL Strategic Retail