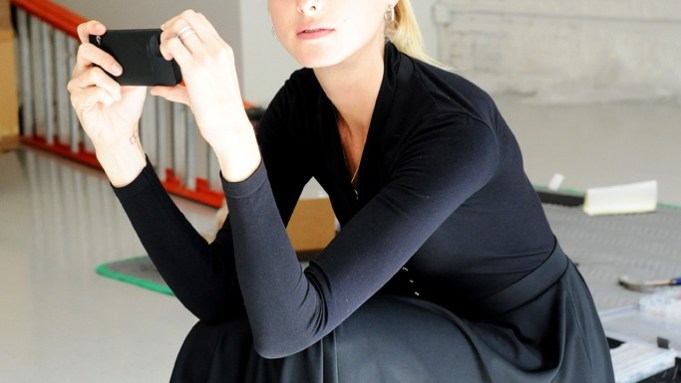 WWD’s week in quotes, culled from stories that ran the week of October 14 to 18.

• “My sister, I love her face. She’s not my muse but she’s always my starting point,” — Claire Courtin Clarins, flipping through her iPhone to find a pencil sketch of Virginie that she recently posted on Instagram.

• “People were really surprised that I would be so insulting to department stores but they did become irrelevant… The average Apple store probably draws more traffic to a shopping center than any department store does.” — Leslie H. Wexner, the founder, chairman and chief executive officer of L Brands Inc., on outlets and department stores.

• “We were late to the promotional party but, as we got more promotional, traffic was up and comps went up. The key was building up conversion and transaction size. Everyone who came into our stores got treated like gold because, as far as we were concerned, they were gold.” — Marc Crossman, president and chief executive officer, Joe’s Jeans Inc.

• “My mother died from breast cancer and there were other people in the company that had that same experience, so when the opportunity came I seized it with two hands.” — Peter Dundas on his collaboration with Key to the Cure.

• “It’s an exciting and crazy transition time and I wanted to capture that by shooting basically in my empty apartment and around the city.” — model Emily Ratajkowski on her campaign with Rag & Bone.

• “It’s another log on the fire of consumer discontent.” — Paco Underhill, founding president of Envirosell, on how consumers feel after the government shutdown.

• “He hated artificial beauty. He thought the prettiest girl was a girl who had just washed her face.” — Doria de La Chapelle on Perry Ellis.

• “Our consumers came back to us and said, ‘I’ve just been to a supertough yoga class or went spinning, and I didn’t get the credit.’ We took this insight.” — Stefan Olander, Nike Inc.’s vice president of digital sport, on the release of the release of the second iteration of its FuelBand, Nike+ FuelBand SE.

• “We are a design-driven organization, so it is a complete thrill for me to be able to take that innovation, design, and creative head and to marry it with the commerce side of our business… as we thrust ourselves into this next decade.” — Christopher Bailey on being named CEO of Burberry.

• “Dubai is an access point for 2.5 billion people, when you look at our geographic location. And for tourists from Africa and Asia, fashion and shopping are a critical part of life.” — Mohammed Alabbar of Emaar Properties on the Dubai Mall.

• “They are just out of the oven. They are still hot.” — Carolina Herrera creative director Hervé Pierre on the brand’s collection of short bridal dresses.

• “You know ‘Big Business’? When I was a child in Russia we only had one videotape in my family’s house and it was that. I’ve seen it like billions of times. I just love her…” — Miroslava Duma getting star struck upon seeing Bette Midler at the God’s Love We Deliver Golden Heart Awards.

• “I mean, let’s be honest, we’ve all seen her strong commitment to pantsuits over the years, but we’ve also seen her definitely have some fun with her hair.” — Michael Kors introducing Hillary Clinton at the God’s Love We Deliver Golden Heart Awards.