WWD's week in quotes, culled from stories that ran the week of November 11 to November 15. 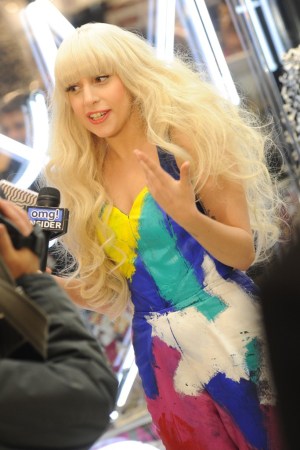 Calvin Klein’s Spring Ads Strip Back to the Essentials

WWD’s week in quotes, culled from stories that ran the week of November 11 to November 15.

• “If you’re ever in talks with a potential investor or financial backer, and they bring in their wife’s blouse to show you for inspiration, run. If a potential investor has a wife or daughter who just loves fashion and can’t wait to come in and talk to you about the collection, run. If your president or chief executive officer thinks they know the difference between dark burgundy and aubergine, fire them. My point is, if your brand is to have a strong identity, it must come from you.” — Keynote speaker Tom Ford addressing the designers in the audience at the CFDA/Vogue Fashion Fund dinner.

• “We may rightly have been criticized for holding onto some of our underperforming investments for too long, but…I consider loyalty a virtue, not a failure. For years, I have had to listen to analysts (and even directors) regarding Van Cleef & Arpels — ‘When will it ever do well?’ ‘Will it ever make money?’ Today those naysayers and geniuses are nowhere to be found.” — Johann Rupert, Compagnie Financiere Richemont.

• “We do business and seek profit, we are not a charity and we are not taking a paternalistic stance, but we believe the human capital is more important and we want to create structures for our employees’ well-being and fuel their loyalty.” — Marco Bizzarri, Bottega Veneta, on the company’s new headquarters in a stately 18th century villa in northern Italy.

• “We have seen how the acquisition of brands has gradually become more and more difficult, and there are too few brands on our level to find adequate replacements. We’ve tried, but they burn out too fast. They don’t have the strength and longevity.” — Stefan Asbrand-Eickhoff on the closing of his family’s store, Eickhoff, once one of Germany’s most celebrated retailers.

• “Before there were just crazy periods of purchasing everything. Now customers are more conscious and more serious. The political situation has also made things worse. For some brands in China, especially in the north, 40 percent of their sales were for bribes.” — Carlo Anceschi, Lanificio F.lli Cerruti

• “Business was good across the country and good across categories. We are in a very good position.” — Terry Lundgren of Macy’s Inc. on the company’s third and fourth quarter momentum.

• “I want people to walk into the store and feel like it has been there forever.” — Alexander Wang on Balenciaga’s new New York flagship.

• “It’s about looking and seeing, and the surprise of looking at nothing, that then turns into something.” — Sir Paul Smith at a show of his work at London’s Design Museum.

• “The last thing I want to do is get caught up in a corporate thing where everybody’s just doing it textbook. I want to innovate.” — Armando “Pitbull” Perez on launching fragrances for men and women in an exclusive deal with Amazon.

• “We have not yet come up with a business model that can support much of the journalism that is important.” — Norman Pearlstine of Time Inc., discussing the media industry.

• “They are here to drool.” — La La Anthony, commenting on the men at the Victoria’s Secret show.

• “We have always seen art and commerce not as opposing forces, but as two sides to the same coin. There is tremendous potential, and fuel in the tank.” — Burberry ceo-designate Christopher Bailey.

• “It’s so cold out. They’re going to get sick.” — Lady Gaga, about fans who lined up in the early morning to see her at the midnight opening of H&M’s Time Square flagship.

• “There are so many people, so many cameras all the time but when I’m in New York, I get to hangout with my parents at their restaurant, Joannes, and just eat a big bowl of spaghetti.” — Lady Gaga at the opening of H&M’s Time Square flagship.

• “What part didn’t I cry is the question,” — Donna Karan at the Glamour Women of the Year awards.

• “I want content, community and commerce to all live together really elegantly. I don’t want it to be just a mess of selfies. I want it to be smart and beautiful, and what that means is to be determined.” — Sophia Amoruso, founder, creative director and chief executive, Nasty Gal.

• “My whole thing is to bring my taste, my style, my fashion to whatever I’m a part of.” — Dwyane Wade on his collaboration with Stance and The Tie Bar.

• “Because everybody has been impacted, it’s hard to find volunteers who can be mobilized to bring food, water, medicine and make-shift shelters. A friend of mine who is an interior designer, Maja Olidares-Co, is building makeshift shelters.” — Josie Natori on Typhoon Haiyan.

• “There really are two consumer camps and those who have the income and flexibility are in a much better position as far as their confidence and their willingness to spend. Their stock portfolios are going up and so are their home values. At the other end of the spectrum, people just aren’t spending.” — David Bassuk, managing director of AlixPartners.

• “The Summer Olympics has 10,500 athletes, the NFL has 1,760, MLB has 600 and the NBA has 400. Victoria’s Secret, which is the hardest show in the world to get booked for, has 40 word-class models who are also athletes,” — Ed Razek, chief creative officer of Victoria’s Secret.

• “I’ve seen it all. I’ve seen it way closer than this show,” — director Michael Bay at the Victoria’s Secret fashion show after party.