WWD's week in quotes, culled from stories that ran the week of June 3 to June 7. 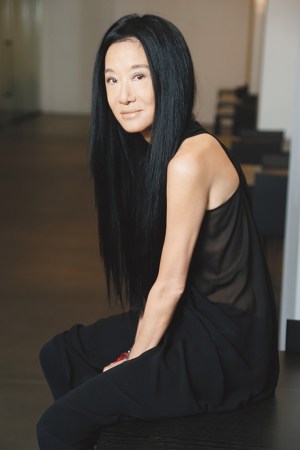 WWD’s week in quotes, culled from stories that ran the week of June 3 to June 7.

• “I want to feel deserving. That involved looking backwards at my work and my own personal journey and hoping I haven’t disappointed myself of all people.” — Vera Wang on receiving the CFDA’s Lifetime Achievement Award.

• “Hermès is a company that is particularly well protected. We could have no hope of exercising any influence…It would be crazy to attempt a takeover bid on Hermes.” — Pierre Godé, LVMH Moët Hennessy Louis Vuitton, regarding LVMH’s investment stake.

• “What happens when we educate girls? We empower them…If knowledge is power, let’s do more than ring the chime for change, let’s bang the gong.” — Madonna.

• “The mall is very high luxury. You breath luxury when you enter.” — Pietro Beccari, Fendi, on the Brazilian mall Cidade Jardim.

• “There was a fantasy to every picture, no matter how practical the clothes were….He created the peacock male.” — Stephen Jones remembering photographer Marcus von Ackermann, who died May 28 at age 52.

• “Vera is very dedicated and very special. No matter what I say to her, I can’t make her too happy because it won’t work. Vera always has to have a little pain.’ — Ralph Lauren on Vera Wang at the CFDA Awards.

• “There is a growing likelihood of confrontation as thieves become more brazen and more stubborn, staying on their task of stealing the merchandise and getting it to its intended destination.” — Rich Mellor, National Retail Federation, on the rising violence associated with retail crime.

• “We anticipate that it will sell out online fairly quickly.” — Barneys’ Daniella Vitale on a 10th anniversary Proenza Schouler capsule collection.

• “They’ve got the location, we’ve got the goods. That makes a good team.” — Sir Philip Green on Topshop’s new partnership with Lane Crawford in Hong Kong.

• “I would never argue with anybody if they tried to say that’s what we were [a street label]. I’m just happy to exist. A label is a label. I’ve had everybody from Karl Lagerfeld to Francois Pinault wear BBC. We are whatever you want us to be.” — Pharrell Williams, on his Billionaire Boys Club brand.

• “We believe firmly that omnichannel and bricks-and-mortar linked to the digital is the longer-term winning strategy. The lines are blurring between channels, and it’s one of the reasons we don’t report the Internet sales anymore.” — Stephen I. Sadove, Saks Inc.

• “Whenever workers try to organize, they are threatened, beaten or fired.” — Kalpona Akter, Bangladeshi Center for Worker Solidarity.

• “When you present the brand in its entirety you get a lot better feedback. One product pulls along the other product.” — Isaac Mizrahi on his pop-up store in Southampton.

• “I hope it’s not one of those things they throw on stage, because those are going to hurt.” — One Direction member Liam Payne, on the group’s new fragrance bottle.

• “I’m interested in how innocence fares when it collides with hard reality.” — Geoffrey Fletcher on his directorial debut, “Violet & Daisy.”

• “Every time you speak with him he shakes the kaleidoscope in such a way that you see global affairs differently.” — Harold Evans, on his way into the St. Regis to celebrate Henry Kissinger’s 90th birthday.

• “I have the most advanced security system now… It has laser beams, so if anyone walks, it’ll trigger the alarm. I have 24-hour care with cameras everywhere. It’s like Fort Knox.” — Paris Hilton on improvements to her home security after being victimized by the real life crew that inspired Sophia Coppola’s movie, “The Bling Ring.”

• “Very intimidating room, but I had a great time. I expected the worst so then I had a blast.” — Andy Cohen on hosting the CFDA Awards

• “I believe that, as an organization, we have come to a point where we believe we can do just about anything we set our minds to in this industry.” — Morris Goldfarb, chairman and chief executive officer of G-III Apparel Corp., at the company’s annual meeting.

• “Online shopping was never a novelty to you. Social media was not something your kids taught you about. Fashion is being transformed by connected consumerism and e-commerce faster than most other businesses — as you’d expect of an industry that is so dependent on trends and cultural relevance.” — Mark Mendelson, giving the keynote adddress at LIM College’s graduation.