WWD's week in quotes, culled from stories that ran the week of June 10 to June 14. 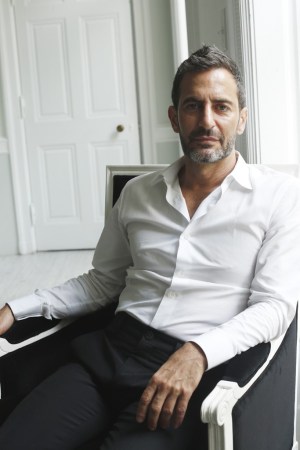 WWD’s week in quotes, culled from stories that ran the week of June 10 to June 14.

• “I think if women are honest, they like a strong man. They like the broad shoulders and the washboard abs. They like strength. They also want a man who can talk to them, and understand them. But ladies, you can’t have that guy. Because he has a boyfriend.” — Dana Carvey at the Fragrance Foundation Awards.

• “We will try everything. We’ll try 10 things and if two work, we’ll follow through on them.” — Terry Lundgren, Macy’s Inc.

• “We also feel, and independent groups have showed, that if Wal-Mart paid just 10 cents more a garment, it would pay for making the factories safe.” — Kalpona Akter of the Bangladesh Center for Worker Solidarity.

• “They thought they were going to make mincemeat pie out of us, and in fact they almost did. But I have to tell you the show was wonderful. We were so unbelievably unprepared. The French went first and you can imagine. Pierre Cardin had a Sputnik, and Yves Saint Laurent had a while Cadillac convertible…The only thing we could use was a little Eiffel Tower that was hanging.” — Oscar de la Renta, at the 92nd Street Y, on the time American designers upstaged the French at the “Battle of Versailles” in 1973.

• “We went down that road where sales became 60 percent silver and 40 percent gold, but now it’s the opposite. People were nervous the last three years, and now there’s more optimism. They’re not throwing money at you, but they’re spending more.” — Frances Gadbois, Jude Frances.

• “It’s a good time for us to think about development.” — Robert Taubman, Taubman Inc.

• “If there is any time in my life when I can run around and only have my suitcase with me, it is probably now. Sometimes it’s the greatest relief because you’re open for anything, you’re living in the moment and if someone calls you and asks, ‘Can you be here tomorrow?’ then I can just go.” — Swedish actress Alicia Vikander, 24.

• “He said to me, ‘You know, if you have to do something in life, make sure to feed hungry people.'” — Chef Eric Ripert on his private audience with the Dalai Lama.

• “It was impossible to be unaware of her.” — Nick Sullivan of Esquire, on British stylist Annabel Tollman, who died at age 39.

• “The whole joke is that these guys are engineers and not so good with putting feelings into words, and they’ve returned from the moon and all the press wants to know ‘What did it feel like?’ ‘How did it look?’ ‘What did it smell like?’ And they’d be spouting off vectors and numbers and the reporters would just huff and say, ‘Forget it, I’m going to go talk to your wife.” — Author Lily Koppel discussing her book, “The Astronaut Wives Club.”

• “It’s a real partnership for songwriting. He shades my light and I lighten his dark.” — J.D. King of The Olms, on his band-mate and writing partner Pete Yorn.

• “I can’t really ski. The only way for me to stop is to sit down. In my mind unless I can be Audrey Hepburn in ‘Charade,’ on a terrace, that’s my only skiing moment — only apres, not during.” — Michael Kors.

• “Yves loved music — a lot.” — Pierre Bergé at a commemorative concert to mark the fifth anniversary of the death of Yves Saint Laurent.

• “[Chelsea] is the greatest thing that ever happened to me.” — Bill Clinton, receiving the Father of the Year award.

• “Collectively there is well north of $1 billion in fashion e-commerce in LA. We are clearly not Silicon Vallen in terms of creating the next eBay or Google, but I would argue that some of the hottest investments are here.” — Greg Bettinelli, GRP Partners.

• “I don’t do well in the sun because I’m so fair. But I do do very well under an umbrella.” — Jessica Chastain.

• “When I started working I was scared of Beppe,” — Vogue Italia’s Franco Sozzani at a party celebrating the biography, “b.m. Beppe Modenese, Ministry of Elegance.”

• “He must have never worked in a factory or in fashion.” — Prada’s Patrizio Bertelli ridiculing politician Fausto Bertinotti’s quote that Italians should “work less.”

• “When failing, I think it’s best to fail early, when the business is small. I think if you fail early, you’ll be able to succeed the next time.” — Tadashi Yanai, Fast Retailing Co.

• “We are the only bank in the world which is lawyer-free. And it works.” — Nobel Peace Prize Laureate Muhammad Yunus, founder of Grameen Bank, which offers collateral free loans to women in Bangladesh.

• “Without these women the men on the show would just be a bunch of desperate masturbators in great suits.” — Holly Hunter, presenting the Lucy Award for Excellence in Television to the female cast of “Mad Men.”

• “My immediate suggestion is to get out of the country. But we [older Japanese need to] make sure that Japan will be the much better place when they come back,” — Yoko Ishikura, professor at Keio University’s Graduate School of Media Design, giving advice for young Japanese.