WWD's week in quotes, culled from stories that ran the week of June 17 to June 21. 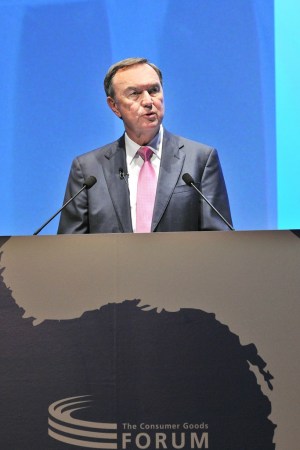 WWD’s week in quotes, culled from stories that ran the week of June 17 to June 21.

• “In the area of integrity, you tend to be measured at the lowest point. You know when you have let that slip, that becomes that person’s standard of integrity.” — Mike Duke, Wal-Mart.

• “I go from one thing to another. I have been around artists, film directors, musicians, video producers and actors and taking bits of these people and becoming someone that can do all of these roles.” — Topshop’s Justin Cooke, on the changing role of the CMO.

• “Service is defined by wait time. [Point-of-sale mobile devices] helped us get rid of wait time in the line…we started to remove some of the registers we had in our stores. We freed up space so we can merchandise the store with more products.” — Colin Johnson, Nordstrom.

• “This is a once-in-a-generation prize and we are determined to seize it.” — British Prime Minister David Cameron on the prospects of a trans-Atlantic free trade agreement.

• “I’m feeling the necessity of opening our factories to our customers. This will create solid relationships between the public and those companies promoting the quality of Made in Italy.” — Paolo Zegna.

• “Federal judges are good guests because they listen well, and everyone likes a good listener. There’s another reason Supreme Court judges make good dinner guests: When they are there, people tend to be very polite.” — Deecy Gray, a Republican hostess in Washington.

• “Hi-fi brand marketing is traditional advertising assets that feel polished, mass produced and created to fit all channels. Lo-fi is content for individual networks. More often than not, they are created by an iPhone. They are not created in a photo shoot in Long Island City, Queens. It’s created by our consumers.” — Rachel Tiograph, Gap Inc.

• “One of the striking features of the current recovery is the slowdown in income growth.” — John Lonski, Moody’s Capital Markets Group.

• “I don’t know anything about the fashion world. It’s very mysterious to me.” — Colin Firth.

• “The e-commerce store of the future, I think, will be defined by what Amazon is and isn’t…Amazon doesn’t help build brands, doesn’t help build demand. They just fulfill demand. We will need to focus on creating value above and beyond what demand fulfillment in historical e-commerce was.” — Dan Obegi, DermStore Beauty Group.

• “Instead of fostering the kind of dialogue in the boardroom that has, in part, contributed to our success, the board has inappropriately chosen to silence my concerns by terminating me as an executive officer.” — George Zimmer, founder of Men’s Wearhouse, after being fired by the company.

• “Men’s wear is still so unexplored. So how far can we push ourselves? I don’t mean that men should start dressing like Lady Bunny, but we can go much further than we do.” — Nick Graham.

• “They are all off the table.” — Emanuel Chirico of PVH on the company’s decision to pull back from the acquisitions arena for the next two years.

• “I liked him. He came from the world of haute couture. The authentic one, the one of yesteryear. A bygone world. He had talent.” — Pierre Berge on Jean-Louis Scherrer, who died in Paris at age 78.

• “Sometimes you sort of have to value the importance of the nonimportant.” — Christian Louboutin.

• “I told them what had happened to me, and I said, ‘I’m just like you. I’ve lost everything, you’ve lost everything and here we are.'” — Madonna Badger on visiting an orphanage in Thailand after losing her family in a fire in 2011.

• “John [Galliano] and his team really played with makeup. I remember bringing a girl down once and she had on probably 10 pairs of lashes and three pounds of eye shadow and the hugest, glossiest lips. We brought her into the studio for a makeup test, and John said, ‘We’re not doing a beach story. This is not about a natural look.’ He wanted more.” — Pat McGrath on some of her most memorable looks.