WWD's week in quotes, culled from stories that ran the week of July 22 to July 26. 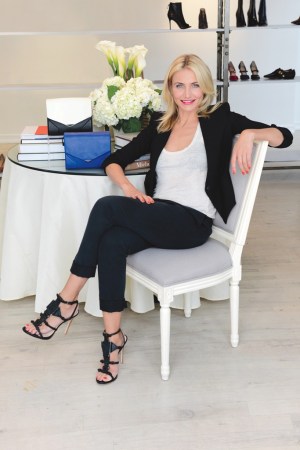 WWD’s week in quotes, culled from stories that ran the week of July 22 to July 26.

“What I wear is looked at. It influences what other people wear because that’s just the world we live in.” — Cameron Diaz

“The only pope I thought was chic was Pius XII. Even though he may not be remembered for his popularity, I thought he was elegant. And Pope John XXIII was the most charismatic; you can keep all the others.” — Karl Lagerfeld

“One can measure clicks and see how much the cash register rings. Are we making decisions based on that today? Yes. Is it at this point a radical departure from past practices? No. But could experiences like this, if they are successful, lead to big changes? Absolutely.” — Alex Bolen of Oscar de la Renta on the company’s decision to launch its fall ad campaign on Instagram.

“In all likelihood, fashion week will come to Hudson Yards. It needs a permanent home.” — Jay Cross of New York’s Hudson Yards development.

“I can’t say that I’m excited. But I am prepared for it. I am ready to do it.” — Model Pauline Hoarau on the upcoming New York Fashion Week

“It’s the people around you that make you a king by the way they respond to you. The first time I met Prince William was at a function. I remember him coming across the room…I was starstruck. It wasn’t his posture or demeanor that made him larger than life, but in fact, it was the way everyone was posturing to him.” — Actor Max Irons

“One of Marilyn’s most famous quotes [is] ‘InHollywood a girl’s virtue is much less important than her hairdo.’ We couldn’t have asked for a better testimonial.” — Sexy Hair’s Karl Heinz Pitsch

“If I’m Athleta, the time is now to strike and the strategy is price point: [market your] similar quality at a lower point and do that to convert them [Lululemon shoppers] into your customers.” — Netbase’s Lisa Joy Rosner

“We wanted to send a signal that we were addressing the needs of our customer, young girls who spend their life on their phones.” — Kate Spade Saturday’s Kyle Andrew

“I loooove Target or Targé! I love the stockings section, I stock up there on all sorts of fishnets and things because when you buy Wolford and it rips after the second time, you’re like, ‘Damn, there goes a hundred bucks.’” — Becka Diamond

“I think there’s a romanticism around other decades, especially at the moment when in the modern world, things are quite fast and furious and quite in your face and people are wearing hardly any clothes.” — Alexa Chung

“He asked me what I wished for, and I said, ‘Give us a pier for fashion week.’ Dan [Doctoroff] smiled and we started to talk. The idea of Culture Shed was born.” — Diane von Furstenberg on the development of Hudson Yards

“John ripped the hypocrisy off the modeling business. He said, ‘What we’re selling is sex, so let’s sell sex.” — Michael Gross on John Casablancas, founder of Elite Models, who died at 70.