WWD's week in quotes, culled from stories that ran the week of July 29 to August 2. 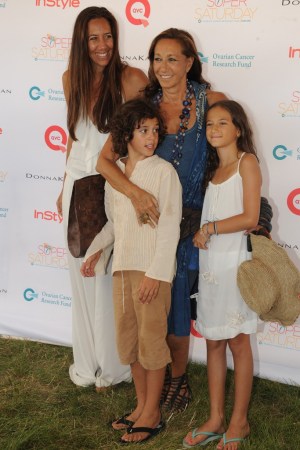 WWD’s week in quotes, culled from stories that ran the week of July 29 to August 2.

“Diamonds are forever but stolen diamonds are not.” — Manhattan U.S. attorney Preet Bharara about a former Tiffany executive who pled guilty to theft

“I’m sending a doppelgänger. I’m going this year as a fried egg instead of hard-boiled.” — Lady Gaga on what she will wear to the Grammys

“Effectively, right now Facebook is the most innovative media company in the world. The ability they’ve shown to be nimble around rolling out new products in the marketplace is staggering. Despite the flack they’ve gotten from the IPO, there’s a lot of reasons to suggest it isn’t going away anytime soon.” — Maureen Mullen, L2 director of research and advisory

“Well, we have about a million kids between us. Jessica approached us about working together, and it just…made sense.” — Marcus Wainwright said of himself and David Neville, whose company was cohosting Baby Buggy

“You know what’s really beautiful about this? Is that this is everything I’m about: philanthropy and commerce. You know, dressing and addressing the issues at hand — conscious consumerism.” — Donna Karan at Super Saturday

“When it comes tohandbags, a lot of people come in to buy a brand name because of the advertising and themarketing tools. We want to produce a very well-made product, beautifully designed, and let the product speak for itself.” — Andrew Gn

“I’ve found that we get a better reaction from posting a picture taken in a hallway than a million-dollar photo shoot. Everyone can recognize an expensive ad.” — Made Eyewear’s Kevin Hundert

“There aren’t more people doing actual sports, but there are more people buying outdoor products because of the fashion and style that is popular.” — Kenji Haroutunian, vice president at Emerald Expositions and the director of Outdoor Retailer

“Women are fine with covering up as long as they still look good.” — Howie Greller, vice president of merchandising for Manhattan Beachwear

“This is not about Italians showing in Italy and the French showing in France. Fashion is a large, international community, and I had this feeling that Italy, which is such a beautiful country, is going through a difficult moment right now. This is a country that the fashion world has always loved. I wanted to help, to show some solidarity.” — Costume National’s Ennio Capasa

“It’s amazing there was that much sex with everybody in polyester. I don’t understand it.” — Hank Azaria on the Seventies

“For the first time after the collapse of Rana Plaza, there seems to be signs of real hope.” — Fazlul Hoque, who has been in on the many negotiations of the past months and on Wednesday concluded his term as president of the Bangladesh Employers Federation

“There is not much demand for luxury in Canada…Toronto is a sophisticated city but it’s not Tokyo.” — Isaac Lagnado, Tactical Retail Solutions

“I mean, it’s Oprah Winfrey, so I don’t know how to tell her ‘no’ … It was a process.” — Lee Daniels on directing Oprah in “The Butler”

“The fourth-happiest day of his life, after the birth of our three children — I stand by this — is the day that I gave him this blue pair of Rag & Bone trousers. He hasn’t been the same since. He’s Jerry 2.0! All because of this great pair of trousers.” — Jessica Seinfeld on her husband’s dressing habits

“I’m interested [in doing a fragrance]. We all need a little help in smelling good, especially in the summer in New York City.” — Katie Holmes

“I wouldn’t be here if I didn’t think there was an opportunity for this brand to be much more than it is today.” — David Conn, after being named CEO of True Religion Apparel Inc.

“Certainly, jeanswear is something that we know and feel comfortable with.” — Isaac Dabah, CEO of Delta Galil Industries Ltd., on the possibility of an acquisition outside of intimate apparel

“California is just…uck. It’s a desert, after all…it’s a desert The East Coast is where it’s at.” — Cameron Diaz

“Working with the wigs is like therapy to me.” — Wendy Williams

“We will hit the ground running once we close the deal.” — Richard Baker on Saks

“I love this song. It feels like 1 a.m. Right now. I wanna go out and party, but then I remember how early it still is.” — Alexis Dahan

“I’ve seen the industry change…and I think we’re in a very exciting phase right now of adaptation and growth. We see a lot of changes in the industry for companies wanting to innovate and improve and from consumers wanting to buy Made in USA products, and from the free-trade agreements we have signed on to. All the indicators are showing a positive trend.” — Kim-Bang Nguyen, director of export promotion at the U.S. Department of Commerce’s Office of Textiles and Apparel

“It’s very important to spread your business over as many markets as possible, instead of just one market, especially with what’s going on in Europe and the difficult economic situation.” — Philippe Pasquet, chief executive officer of Première Vision

“We want to work with companies that have a strong consumer connection, that understand what it means to be a sustainable company and that believe in the Made in America movement.” — Laurie Perrone, designer for Pure American Naturals