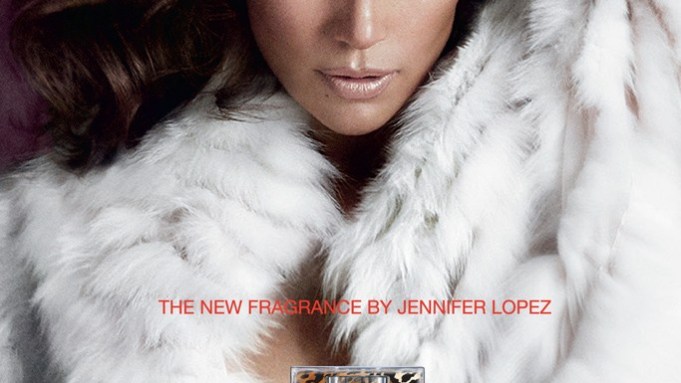 WWD’s week in quotes, culled from stories that ran the week of August 26 to August 30.

• “I went to Albuquerque in February. They gave me a trailer for the day. I had eight or nine words. I played a customer at the car wash receiving change. I think I said, ‘Ma’am, you gave me a five instead of a one.’ The irony was I think I was the only honest character on the show. Acting is not an easy profession.” — Mickey Drexler on his cameo in “Breaking Bad.”

• “From now on, I am allowed to dream.” — Luciano Benetton

• “Clearly, retail has not been our strong suit, and this is duly noted.” — William Ackman

• “With number 20, it’s a landmark. I asked myself, ‘Who am I and what do I encompass?’ My message has always been love, whether it’s my music or my movies or whatever.” — Jennifer Lopez, on the launch of her 20th fragrance, JLove.

• “There was one scene where Niall rescued a baby lamb from a shark’s mouth, and that didn’t make it, which is weird.” — Harry Styles on One Direction’s new movie.

• “The people in Haiti don’t want handouts and charity. They want jobs and to be able to take care of their families.” — Industrial Revolution II’s Rob Broggi

• “When you put on pearls, it makes your skin glow. I hope young people will start appreciating pearls and realize that you can wear them without looking like your granny.” — Marie-Hélène de Taillac

• “We’re trying to break away from the old notion of classic or designer brands. The boundaries between classic and fashion are not relevant today.” — Mark Lee, Barneys New York

• “No matter what we try to do, everything always looks the same. But we like that.” — Mark Badgley

• “Color has been so important for the past year and a half. Now we are heading into a neutral cycle, with pops of color. We are right on trend with that.” — Kay Krill, Ann Inc.

• “It’s definitely working. We can literally measure that Topshop is attracting a lot of new customers. The average age is significantly younger — like 10 years younger than the typical Nordstrom’s women’s apparel customer.” — Pete Nordstrom on the retailer’s partnership with Topshop.

• “Whether it’s the way that the product looks or the way it performs, innovation gets people to open up their wallets, especially in tougher economic climates.” — Bob Shearer, VF Corp.

• “You have to be more reasonable than ever with pricing. If I make something special, bold and edgy and I keep the price reasonable, why wouldn’t you buy it?” — Annabell Lee, See You Monday brand

• “It’s powerful. During the night session, you feel power. All the lights. The court is the biggest on the tour. The atmosphere here is one of the special ones. The crowd is very loud.” — Rafael Nadal on the U.S. Open.

• “I would hate to do something that I can’t manufacture. That would be my worst nightmare.” — New designer Adam Selman who launches his collection Sept. 5.

• “Toto was full of interesting contradictions. She embraced tradition while also rejecting it. While working on this book, I began to think that by comparison, much of the world is gray, goody-goody and sadly limited.” — Author Jean-Noel Liaut on on his new book about former model and Paris socialite Catharina Koopman, “The Many Lives of Miss K.”

• “I think this is a very current trend and issue. You have the convergence of constitutional law, free-speech issues, intellectual property law and a general overlay of business and commercial law. It’s a fascinating area. I think designer brands should be very vigilant to these issues.” — Douglas Hand of the law firm Hand Baldachin & Amburgey on the trend of streetwear designers to spoof designer logos.

• “The IPO window is the most fickle of all financing options. It’s the fastest to open and the superfastest to close.” — Richard Kestenbaum, Triangle Capital

• “To me, clothing is a very natural progression of my artwork. It’s just another form of expression of me. It’s an extension of my work.” — Sydney Albertini

• “People like to push boundaries, and there’s a lot of humor to it. It makes luxury accessible and at the same time it says, ‘F–k you, I’m going to rep this my own way.’ It’s a new form of luxury.” — American Two Shot’s Olivia Wolfe

• “I have to take credit for the idea. I think getting a bottle of pills is just funny.” — Betsey Johnson on her invitation for New York Fashion Week, a pill bottle (filled with mints).

• “The crazy thing is that every girl from 18 to 30 is wearing a costume like that. It wasn’t as scandalous as it looks in pictures, but after going and seeing Carnival, the bikini that I first made for her made a lot more sense.” — New designer Adam Selman on his designs for Rihanna.

• “I like to think about the ‘how’ we make clothes, not necessarily just what we make, because I really think that’s the future.” — New designer Chris Gelinas

• “We have to think about it in the 21st-century way. We are not looking for the best way to exploit powerless countries and people. Those days are gone. Businesses have to be different because consumers are different. Nobody wants to wear clothes made by slave labor or child labor or made in sweatshops. It’s not about finding the cheapest solution, but to make sure it is the cheapest after guaranteeing that the workers have a decent life.” — Nobel Prize winner Muhammad Yunus.

• “It’s very easy if you are wearing Louboutin shoes or a Chanel handbag for everyone to see, but now [Chinese] people who have all of these beautiful clothes and handbags really want luxurious lingerie as well. I think it’s changing, but it will take time.” — Agent Provocateur’s Garry Hogarth

• “We did this piece because we really believe meditation is a good thing. If there’s two magazine pieces about it, all the better. It might convince more men to give it a shot.” — Esquire’s Ryan D’Agostino

• “The key is she became ceo of a major corporation, and when you look at statistics, the numbers are very small.” — Dee Poku of Women, Inspiration and Enterprise, on departing Time Inc. ceo Laura Lang.

• “[Fierce] was a word I said a few times a day when I was filming a TV show for 18 hours. They wanted to create a character and I was happy to go with it, being young and excited about what could come after ‘Runway.’ You only live once and if that one word could help me build what I have today, how great is that.” — Christian Siriano

• “She is very active. She is very independent. She doesn’t give up on anything. The birth rate is the highest in France in continental Europe and the employment rate for women is the highest, too. She can count on her girlfriends.” — Paris mayoral candidate Anne Hidalgo, defining the Parisian woman.

• “She lived in a self-created circus that didn’t have public and private boundaries, but it was an art form nonetheless.” — Writer Jessica Farr on her play “Blow Me,” about the late fashion editor Isabella Blow.