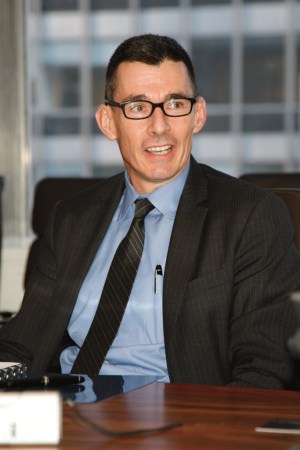 See the latest ‘They Are Saying’ Here >>

“The women’s portion of the Levi’s business is almost $800 million on its own and U.S. Wholesale about $250 million of that. We’re striving for innovation and to get the product right, but I think we’ve got another 12 months ahead of us to do that fully.” — Chip Bergh, Levi’s.

“I feel a twinge of guilt in receiving this honor. All I’ve done is enjoy myself.” — Vanity Fair’s Graydon Carter, on being inducted into the American Society of Magazine Editors’ Hall of Fame.

“Texas is a tough market. It’s hard to get noticed. People here don’t really know who Belk is. This is our chance to plant our flag.” — Belk chairman and chief executive officer Tim Belk on expansion plans.

“I have a passion for fashion — and fashion is compassion.” — Elie Tahari on key to success.

“I was very surprised to see how calm and quiet I usually am. I had a different picture of myself. I also saw how fast I am in my decisions, which I never really realized.” — Raf Simons on the documentary  ‘Dior and I,’ which captured the preparation of his first collection for the French house.

“Derek came into town to play the L.A. Kings, and I introduced him to some people working in fashion and an idea was born.” — designer Michael Dombkiewicz on Meden, a new women’s collection launched by four partners including three professional athletes.

“I know so many people and everyone had the same complaint, ‘Boy, we have nowhere to go to.’” — founder Robert Savitt on opening the Skylark Lounge in midtown.

“Some designers consider themselves artists, such as Alexander McQueen who was a true artist. I am not an artist.” — Tom Ford describing himself as a designer and a businessman.