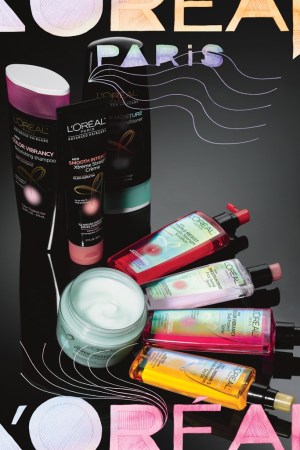 “Science and technology have progressed to the point where what we build is only constrained by our imaginations. Think about sentient stores that can understand who is in store, what is going on, increase efficiencies. The store becomes an extension of who you are and who your business is.” — Futurist Brian David Johnson, Intel Corp.

“It is tough to see how 3.5 percent like-for-like growth, the lowest quarterly growth since the depths of the global recession in 2009, can be described as ‘encouraging.’” — Andrew Wood, a senior analyst at Sanford C. Bernstein & Co., on L’Oreal’s Q1 report.

“We have the real luxury brands, we have the designer brands, and then the rest, but I don’t really think there is a designer who focuses on that need for my time off, my free time, my weekend, for the casual side of life. That’s what I am interested in.” — designer Tomas Maier on plans to grow his own label.

“Joe is a singular person. His talents are specific to his background. There is nobody else like Joe — we’re never going to find another Joe. You don’t look to hire that exact same person again.” — Elle editor in chief Robbie Myers on her longtime creative director, Joe Zee, moving to Yahoo.

“We’re not competing on price. You can have a Made in USA program or just go back to Cambodia.” — Mike Todaro, American Apparel Producers Network, at Made in America panel.

“The Koji truck is my favorite food truck at the festival — Jared Leto likes it, too. He was just wandering around by himself.” — Trina Turk in her Coachella photo diary.

“We wanted to take modernism and shake it up a little. It’s naughtiness with elegance.” — architect Joshua Prince-Ramus on the concept house he designed for the Calvin Klein event celebrating the brand’s new Collection stores in Asia.

“If you are not listening to Millennials, you will totally miss the boat. We do it through product first.” — Terry J. Lundgren, chairman and chief executive officer of Macy’s Inc., at a conference focused on the Millennial consumer.

“I’ve come here before and I’ve raged a lot more. Because I’m older I’m a little more tired.” — Brittany Snow on the cavalcade of Coachella parties.

“The richness of the concept is its contrasting materials…a shoe shop is also a place of service, a place of discovery, and that’s what we tried to [create].” — Pierre Denis, chief executive officer at Jimmy Choo, unveiling their new store concept.

“You can tell a Steve Madden shoe, and it’s something we’ve been working hard on for many, many years. There’s a few tricks that I have, a few design things we do — they are little technical things, but it’s important. Usually our shoes are recognized. We’re like a gateway drug to Christian Louboutin.” — Steve Madden, launching a redesign of his company’s e-commerce site.