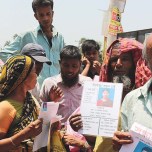 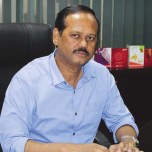 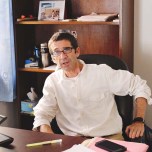 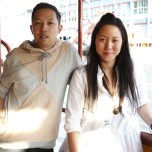 “My men are tough; it is their job to rescue people but at that point they broke down and cried. ‘We could not save her’ some of them sobbed over it. ‘She was calling to us and we could not save her.’ — Brig. Gen. Ali Ahmed Khan recalling the rescue effort a year ago when the Rana Plaza garment manufacturing building collapsed in Bangladesh.

“Has anything changed after Rana Plaza? Each of us is trying to reflect how the four million workers can have better and safer work conditions.” — Srinivas B. Reddy, Bangladesh country director for the ILO.

“The issue of remediation continues to be worrying. There was a term in the accord agreement — article 22 of the agreement of the Accord — that the brands or retailers would pay us during remediation, but in fact we’re not getting their help.” — Shahidullah Azim, vice president of the Bangladesh Garment Manufacturers and Exporters Association.

“The purpose of the accord being here is that a factory collapsed and we’re all looking at ways to make it safer, and everyone has committed in order to make sure that this will never happen again. These tough decisions have to be made and have to be executed.” — Rob Wayss, executive director of Bangladesh operations for the Accord on Fire and Building Safety.

“These customers sleep with their phones. They can get the best deal, sometimes an extraordinary deal, in a second. Their reasoning is that they can get something at a great price that also happens to be fabulous.” — Jamie Gutfreund, ITG chief strategy officer on a new study on shopping habits of Millennials.

“These so-called NOowners….prize access over ownership and prefer renting, sharing and bartering above buying things,” — Intelligence Group report on Millennials.

“We go by our instincts — it’s the way Opening Ceremony has gotten to where it is today. Carol and I want to continue the special path of Opening Ceremony because we’ve felt such a strong desire for it from our customers. We’ve got a lot of ideas for more Opening Ceremony stores and we want to build our online platform to be even more dynamic.” — Opening Ceremony co-founder Humberto Leon on a recent investment from Berkshire Partners.

“I’m a jewelry freak. To me, jewelry is such a statement of who you want to be, as soon as you get dressed.” — Stefani Greenfield on the launch of the new T+C Theodora & Callum line which will include jewelry and other accessories.

“Over the last 20 years, our growers have been quietly working away at developing their sustainability credentials, to the point now where Australia’s cotton growers are recognized amongst the most sustainable in the world.” — Cotton Australia’s Brooke Summers.

“Gov. Nelson Rockefeller and Robert Moses thought it was inappropriate to have images of criminals in a public setting. These were America’s most wanted men, and another worry was that the majority were Italian and it could have been seen as anti-Italian. It was a big brouhaha.” — Tom Finkelpearl, executive director of the Queens Museum, on the new exhibit “13 Most Wanted Men: Andy Warhol and the 1964 World’s Fair.

“There’s a business here. We’re not starting this from scratch. We’ve made it larger and we think about it as a lifestyle brand that will work everywhere,” — Gary Muto, president of Ann Inc. Brands, on launching of the first free-standing Lou & Grey store.