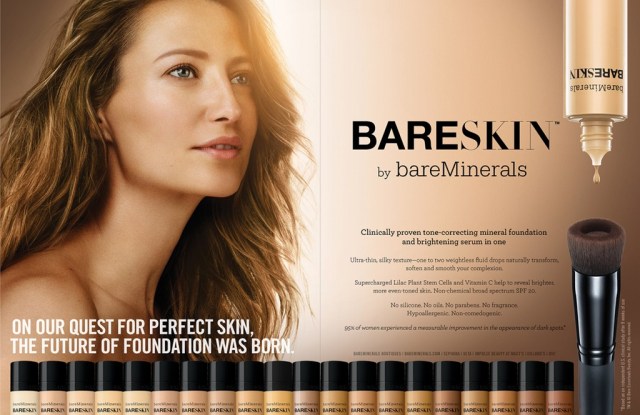 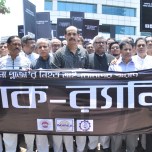 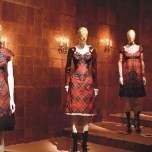 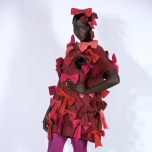 “BareMinerals is launching a foundation in the serum form that is very different from other liquids on the market. If you need to use liquid and won’t use anything else, we finally have a solution for you,” — Bare Escentuals founder Leslie Blodgett on the introduction of the new bareSkin foundation line.

“Much has been done. Now the factory inspections must be completed, compensation claims processed and the labor law implemented in full.” — ILO’s deputy director general Gilbert Fossoun Houngbo, at events marking the anniversary of the Rana Plaza tragedy.

“It is a difficult time for all of us and I pay my respect to the deceased. Since then, we have been working very hard to improve the overall workplace, safety and compliance issues.” — Mikail Shipar, Bangladesh secretary for labor.

“I’m not discounting the challenges but I see so many forces coming together in a constructive way that gives Bangladesh an opportunity — and I think they will seize it, although there are no guarantees in life, so we don’t know.” — U.S. Ambassador Dan Mozena on labor progress in Bangladesh.

“Lee Alexander McQueen was brought up in London, studied here, and based his globally successful McQueen fashion brand here. By staging the exhibition at the V&A, it feels like we are bringing his work home.” — Martin Roth, director of the Victoria and Albert Museum, announcing the “Savage Beauty” retrospective will be coming to London.

“He was into head-to-toe dressing, taking the church lady look from his southern upbringing and glamorizing her,” — Dilys Blum, Philadelphia Museum of Art curator, on the new exhibit, Patrick Kelly: Runway of Love.”

“We did not feel we were represented in the right way in Shanghai. We found some great real estate. The openings happened to be consecutive but we wanted to make a bold statement in Shanghai and build something that really reflected the totality of the brand.” — Burberry chief creative officer Christopher Bailey at an event in Shanghai to mark the opening of Burberry’s largest flagship in Asia.

“You know, I’d never met him before. I think we have some kindred history and obviously a kindred relationship. And meeting our families, we were just joking about what it means to us. It was really warm.” — NYC Mayor Bill de Blasio on meeting Robert De Niro at party for the Tribeca Film Festival by Vanity Fair.

“People say the difference between the Americans and the Europeans is that the Americans have the tax breaks and the Europeans don’t. That is not so.…Everywhere throughout Europe except for Florence, all the great museums were founded by royalty. In the U.S. and in Florence, they were all founded by families.” — Leonard Lauder, honored as the Renaissance Man of the Year by the Palazzo Strozzi Foundation.

“Our brand has so much history and so many prints. This collection gives a little taste of that back to the public — and this is a totally different price point. You can have your first Carolina Herrera, so to speak.” — Carolina Herrera’s daughter Patricia Lansing at a luncheon to celebrate the brand’s Archive Print collection.

“This is all due to YOUR amazing work and the visibility, passion and life you have all breathed into this magazine,” Chen wrote. “So, keep up the great work — and just know that haters are going to hate.” — Lucky magazine editor in chief Eva Chen in a memo to her staff denying rumors the magazine was closing.