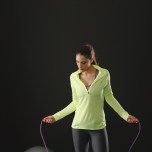 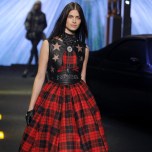 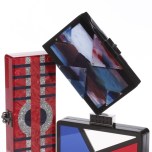 “My beloved Hillary, do not disappoint me. You have to be President, OK?” — Oscar de la Renta to Hillary Clinton at a dinner celebrating his Medal of Excellence from Carnegie Hall.

“By placing the workers on center stage, the root of the problem will be tackled.” — Alan Roberts, executive director of international operations for the Bangladesh Accord.

“We continue to believe in the company’s shift to the fast-fashion model and that the potential for a turn at Wet Seal could be as early as the second quarter.” — Eric Beder, Brean Capital.

“The only obvious flash point right now is probably the Ukraine. The risks of that kind of [spring economic] shock feel lower this year than they have in most recent years, which doesn’t mean we won’t have one, but we’re cautiously optimistic.” — Scott Hoyt, senior director of consumer economics at Moody’s Analytics, on the state of the consumer economy.

“We’ve really gone after the athletic business…it’s just unbelievably strong compared to what we used to do.” — Terry J. Lundgren, chairman, president and chief executive officer, Macy’s Inc. on the Activewear market.

“The brand is rock ’n’ roll. For me, it’s a lifestyle, giving me the freedom to break the rules and do what you want and not always be politically correct. We’re an independent label, so we can do what we want to do.” — Philipp Plein on opening his first New York store.

“You can bend them and shape them and polish them like jewels, and that’s making them fresh. I think there was a lot of boredom in the evening market of the last several years….I was one of the bored people.” — Rauwolf designer Kristine Johannes, on acrylic making a comeback in the accessories market.

“Sunglasses are the quick way to achieve glamour. Day-to-day, I usually wear little more than a swipe of red lipstick and a pair of shades.” — Dita Von Teese on her new eyewear line.

“Bon-Ton private brands do extremely well, and we believe there’s a big opportunity to drive top-line sales in this category.” — Steve Villa, Bon-Ton’s senior vice president of private brands on amping up its private label.

“They threatened that those who did not work would be fired and taken out of the factory by police.” — An employee, who requested anonymity, on returning to work after a protest at one of China’s largest shoe factories.

“I was inspired by the buildings of architect Tadao Ando and traditional Japanese kimonos.” — Kenta Matsushige, 25, before winning the Première Vision Grand Prize at the 29th edition of the Hyères International Festival of Fashion and Photography.

“I found out somehow my work as a musician and a director made sense with his work as a designer. Because we have the same love for formalism and craft, and a sense of sobriety, too. We both, I think, are very rigorous in our work, and we do things seriously. We don’t joke about what we do.” — French musician Yoann Lemoineon working with Dior Homme creative director, Kris Van Assche.

“If fast fashion didn’t exist, we wouldn’t need a summit in Copenhagen.” — Livia Firth, creative director of Eco Age and founder of the Green Carpet Challenge.

It is “critical for brands to identify the most relevant parts of those popular sites for reaching shoppers.” — BCG study, titled “The Chinese Digital Consumer in a Multichannel World.”

“It’s so unbelievable what’s going on downtown with the Freedom Tower and the World Trade Center Memorial. Every 10 blocks you go, there’s a new neighborhood. [Brookfield Place] is a new neighborhood being created that is high end and super luxury. It’s a very small radius. I love that little pocket of New York. There’s a lot of history down there.” — Lily Garfield, founder of beauty emporium Cos Bar, on opening the company’s first store in New York.