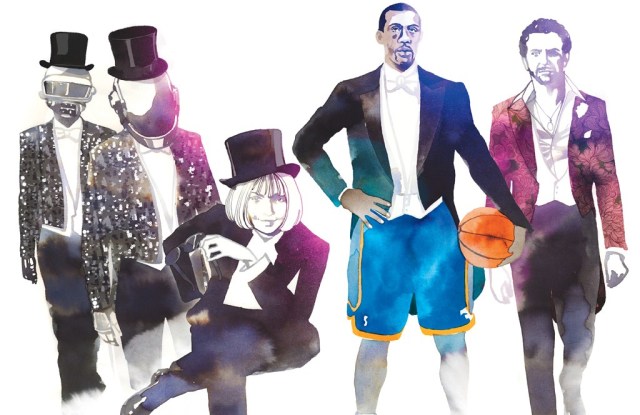 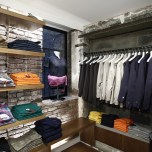 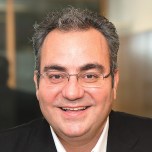 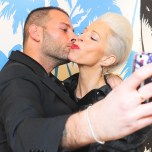 “It is changing everyday. Chinese consumers are still reluctant to buy full-prices luxury online, and we need to find that exact turning point when it will change.” — Alain Soulas, Glamour Sales Holdings, on the the Asian e-commerce site’s $65 million investment.

“White tie and decorations is the grandest form of social dress. For me, it’s like wearing a guillotine, or having a knife cutting into your throat. I hate it. If you are wearing decorations — such as the Légion d’honneur — you can end up looking like a very uncomfortable Christmas tree.” — Nick Foulkes, the London-based journalist and author, on the “white tie and decorations” dress code for the Costume Institute gala at the Metropolitan Museum of Art on Monday.

“White tie is white tie. This is an unusual sartorial injunction. Ralph Lauren made me the most wildly flattering thing. It’s not often that I get invited to a ball in Vienna, so I’m delighted to have an excuse to wear it. But I have no legitimate medals of decoration so there’s room for whimsy.” — Hamish Bowles, the international editor at large for Vogue magazine.

“I am speechless and astounded, this sentence is inexplicable. After all, the general prosecutor already realized there was really nothing [to the case]. We will surely present our appeal to the Corte di Cassazione [Italy’s equivalent of the Supreme Court]. This is an unfair verdict and we are sure the Cassazione will reform it.” — Massimo Dinoia, the lawyer representing Domenico Dolce and Stefano Gabbana in their tax trial.

“It’s hard not to pass on a part of the depreciation in local currencies — in Japan, China, and Brazil — to the market. We cannot keep getting hit on our margins.” — Gildo Zegna, chief executive officer of Ermenegildo Zegna Group on the latest currency woes.

“This is the year when the whole Cremieux business is expanding. And the SoHo store is the first example to show people in the U.S. what can be developed.” — Martin Miller, who represents the Cremieux brand in the U.S., on opening its first U.S. store.

“Some initiatives stay on shelf for less than a year. Clearly, this is not efficient.” — Lorenzo Delpani, Revlon’s president and chief executive officer, on its new “fewer, bigger, better” launch strategy.

“Cats using a toilet.” — Buzzfeed editor in chief Ben Smith on the kind of online video that people will watch.

“I love everything in New York. Every single thing. The people. Democracy. White, black, everybody. And the Statue of Liberty, as you can see,” — Fausto Puglisi at an event to launch his line at Bergdorf Goodman.

“At this stage in my career to be recognized with this reward is really moving to me. My work is my life and so much of my life has been my work.” — Narciso Rodriguez on receiving the Cooper-Hewitt, National Design Museum’s Fashion Design award.

“By preventing even a vote on this bill, they prevented a raise for 28 million hard-working Americans.” — President Obama on the minimum wage bill stalling in the Senate.