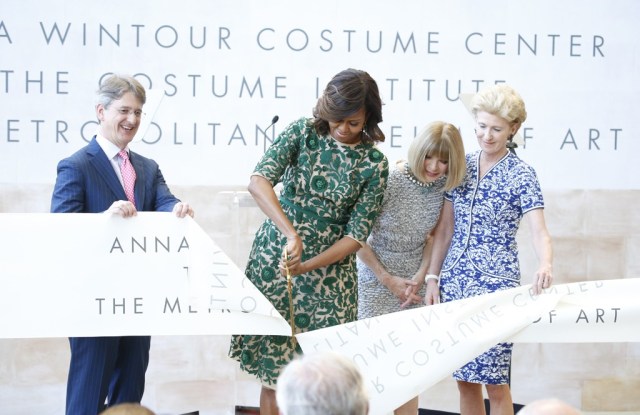 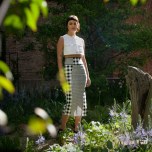 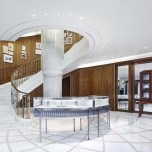 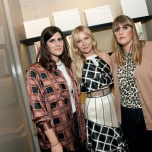 “I know that Anna hates being the center of attention, so this is all probably killing her, but we love it. But the truth is I am here today because of Anna. I am here because I have such respect and admiration for this woman who I am proud to call my friend. And I am here because I am so impressed by Anna’s contribution not just to the fashion industry but to the any causes she shares and cares about, particularly this great American museum.” — First Lady Michelle Obama at The Metropolitan Museum of Art for the unveiling of Anna Wintour Costume Center.

“My wife said I look like a Latin American dictator. I said, ‘That’s what I am.’” — Oscar de la Renta remarking on wearing his decorations including the Légion d’Honneur a special honor he received from the King of Spain.

“This dress code should be mandatory for most events.” — actor Johnny Depp at the Met Gala.

“Target is adrift. Target is absolutely shell-shocked from what happened with the data breach. It really hurt the company financially. Now they have the expense of taking the step to move to chip and PIN technology. They need to take that step to rebuild confidence.” — Max Goldberg, president of Goldberg and Associates, a California-based consultancy, after the announcement that CEO Gregg Steinhafel is stepping down.

“Most people who read this book will be leagues ahead of where I was when I started Nasty Gal. I hope they will be confident that they can achieve whatever they want.” — Sophia Amoruso, founder and chief executive officer of Nasty Gal, on her new book “#GirlBoss.”

“The story of this store is New York Art Deco meets Parisian chic.” — Marc Jacheet, managing director for France and Benelux at Tiffany & Co. on the jeweler’s new store on the Champs-Elysees.

“George Lucas doesn’t let anyone do anything ‘Star Wars,’ except Rodarte. He just loves those girls.” — Curve’s Nevena Borissova on the ‘Star Wars”-themed cocktail party to toast Kate and Laura Mulleavy on their fall collection.

“So the sad thing about this whole process is the laws were in place — the fire safety codes were in place…and they were never enforced. So while the industry is taking on the role of government — it has hired civil engineer firms to do inspections, for example — it isn’t sustainable in the long term. It might be sustainable for five years. I don’t see it sustainable for 10, 15, 20 years. At some point between now and this first five-year program, there has to be engagement with the government to build capacity and to have them understand that the long-term responsibility and health of their economy relies on their own ability [to enforce].” — Rick Darling, executive director of government and public affairs at Li & Fung Trading Ltd.

“My mother was a muse of Mugler and appeared regularly in his Paris runway shows. I have such wonderful memories of the fragrance and my mother’s involvement with the Mugler brand. It’s very special to me to be following in my mother’s footsteps.” — Georgia May Jagger on becoming the spokeswoman for Thierry Mugler’s Angel fragrance.

“We like the idea of this place where people go beyond buying a T.” — Junk Food Clothing creative director Mike Palermo unveiling its new store in L.A.