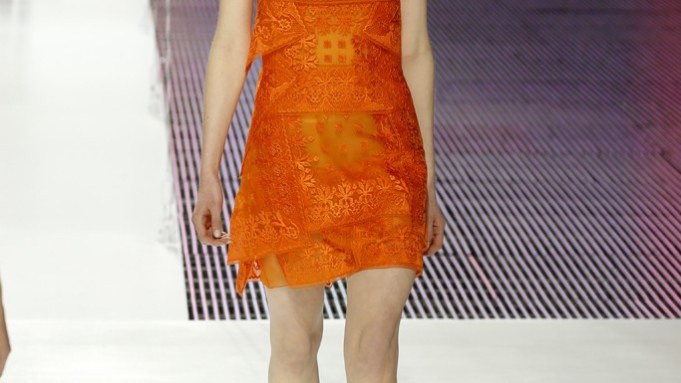 “It’s not over yet. We are surrounded by home design stores that sell fur chairs and fur rugs. That is where the issue is. Why is this just directed to apparel? Just be fair and apply it across the board.” — Elizabeth Solomon, a spokeswoman for Mayfair House, on a federal court upholding West Hollywood’s prohibition on the sale of animal fur apparel.

“We see quarter after quarter, year after year, just an erosion of Sears’ profitability and revenues. You could have the best loyalty program in the world, but if you don’t have the right blocking and tackling, the basics down, people aren’t going to shop your stores.” — David Kuntz, debt analyst at Standard & Poor’s, which rates Sears at “CCC-plus” with a negative outlook.

“We don’t even like to use the word ‘channel’ to describe the way we serve customers because customers don’t say, ‘I like this channel’ or ‘I like that channel.’ They say, ‘I like Nordstrom.’ They just like shopping on their terms. It’s simply the way you have to do business today in retail, combining the accessibility of the pure online experience with the high touch and inclusivity of the stores.” — Nordstrom chairman Enrique Hernandez Jr.telling shareholders at its annual meeting.

“It’s a nice kind of ‘recognized.’ I don’t have to deal with, you know, paparazzi on scooters and all that jazz. People ask for a selfie, people ask for a picture, and they leave it at that.” — Michael Kors

“You know what, I spent most of my summers in Brooklyn,” she said. “All my life, I grew up coming to Brooklyn. My late grandma and my granddad lived in Brooklyn. He still lives here. So I do make it to Brooklyn a bit whether it’s to see the game or to see my family.”” — Rihanna, front row at the Dior Cruise 2015 show in Brooklyn.

“We’re definitely in a dressy cycle. But dress is multifunctional today and it’s not traditional dress-up. Where it used to be a suit and tie, now it’s a great jacket with a tie, dark skinny jeans or a great outerwear piece. Young guys like to dress up, but it’s in their own distinct way.” — Mitchell Lechner, president of the dress furnishings group at PVH Corp, on mens wear retailers evolving with Millennials.

“I think the watch we created is for everyday as much as it is for racing and tracking speed. It’s elegant enough for night, but really durable and precise when you use it on the track. Racing is all about time and balance — a great metaphor for life.” — actor Patrick Dempsey on his collaboration on a limited-edition timepiece with Porsche.

“Comfort is the number-one purchase driver and, for fall, we’re taking comfort to the next level,” — Craig Errington, vice president of marketing communication for VF Jeanswear, on introducing Wrangler Jeans Co. Red line.

“I don’t know if we’ll do a permanent store because we have our plate full now and we’re just a start-up, but I find this exhilarating. You get a different charge seeing a customer come in and buy a product; it’s a real buzz,” — Gwyneth Paltrow on opening a Goop pop-up shop in L.A.

“I had a great time. Frank Ocean did a great job and the exhibition was divine. But I missed dinner because I went to the bathroom. It took so long to get to the bathroom and back.” — Katie Holmes on the Met Gala.

“It’s an art of technicality. The enameler creates layers and layers with different effects. To be an experienced enameler, you have to have at least 10 years of experience. It’s demanding from an artistic point of view, as well as technically.” — Vacheron Constantin creative director Christian Selmoni, on unveiling three ballet-inspired, one-of-a-kind watches at this evening’s New York City Spring Gala, held at Lincoln Center.

“Each time, I think of things like creating combinations that people can’t imagine. I use concepts that people would normally never approach.” — Tokyo designer Yoshio Kubo.