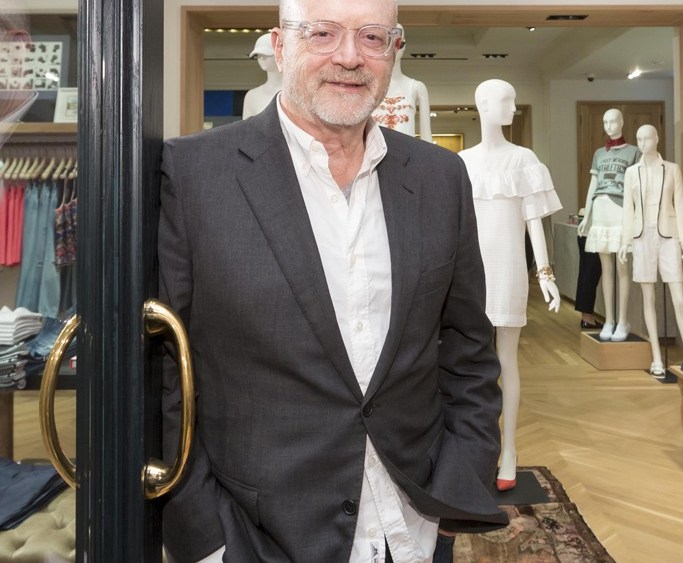 “Is Mickey Drexler to J. Crew what Steve Jobs was to Apple? What Mickey Drexler is, is vision.” — a retail observer on J.Crew’s greatest asset as the private equity owners consider selling the retailer.

“Most Western buyers were hoping one of the events last week would set the stage on how to move forward on the wage issue and other outstanding issues in Cambodia. But it just created a lot more uncertainty than they already had and didn’t seem to resolve anything.” — Nate Herman, vice president of international trade at the American Apparel & Footwear Association, on labor upheavals in Cambodia and Bangladesh.

“She creates silhouettes that are modern, understated and cool and understands our neutral, rich color palette….I think she’ll really leverage our brand DNA.” — Karin Gregersen, president and chief creative officer of Vince, on the appointment of Natalie Ratabesi as creative director of women’s design.

“Accessories is a new category for men — and no longer an afterthought. Men are paying more attention to the detail of an outfit, and accessories bring a lot of personality — and versatility.” — Jason Basmajian, creative director of Gieves & Hawkes, on the frenzy of new men’s accessories launches.

“This season takes inspiration from the book ‘Brooklyn Gang’ by Bruce Davidson. We love the feeling of being a collective, or gang, and the freedom and youthful spirit these images portray.” — Mark Thomas, men’s wear head designer, Joseph on the inspiration for the London spring 2015 collection.

“The Chinese consumer represents this idea of the ‘new gentleman’ — a sophisticated world traveler who appreciates the highest quality products and creates their own sense of style informed by personality and a taste for luxury.” — Gianluca Isaia, ceo of Isaia, on expanding in China.

“The good sellers here are the good sellers there, but it’s way too early to make any kinds of determinations and adjustments.” — Joe Mimran, founder and creative director of Joe Fresh, comparing assortment in the retailer’s new store in Seoul to the one in SoHo.

“It’s not an outright ban, but it’s about placing [the advert] a bit more sensitively,” — a spokesman from U.K.’s Advertising Standards Authority on issuing a ruling that a poster campaign for Rihanna’s fragrance Rogue was “provocative” and “suggestive.”

“[Gordon Parks] was a seminal artist and fashion was only one of his outlets. The incredible thing about him was he was also an activist. He was someone who brought a modernity and reality to his work that exists today. For anyone who is a modern designer or who is influenced by the arts as am I, I feel very honored to be honored by this foundation.” — Vera Wang at the Gordon Parks Foundation awards.

“It feels so unreal and extraordinary to be honored at Lincoln Center. It’s the home of such amazing creativity. I’m so humbled and thankful, especially having been surrounded with the arts since Day One of my life. I am so proud because my mum grew up in New York and it’s always been a second home to me.” — Stella McCartney at a benefit for the Women’s Leadership Council of the Lincoln Center Corporate Fund.

“We now call New Jersey the place on the other side of the Lincoln Tunnel.” — Gov. Chris Christie, accepting an award at the National Father’s Day Council.

“It’s got to live up to this place.” — Ralph Lauren, describing his resort collection shown at his Madison Avenue flagship.

“There’s a lot of melancholia around the British seaside and, also, there’s an oddness to it. The English seaside is not always sunny, it’s not always warm, so you’ve got all these strange outfits that people wear to the beach.” — Patrick Grant, E. Tautz

“We are being very aggressive about the rollout.” — Mario Grauso, on Joe Fresh’s expansion into South Korea

“I’m planning on doing a bit of shopping. I’m trying to get some of this cowboy-look stuff.” — Jerry Hall, at Chanel’s Metiers d’Art show in Tokyo.

“It doesn’t really matter to me as long as we are able to play basketball. You know, do what you’re meant to do. That’s all that matters, right?” — New York Knick Amar’e Stoudemire on the $2 billion price tag of the Los Angeles Clippers.