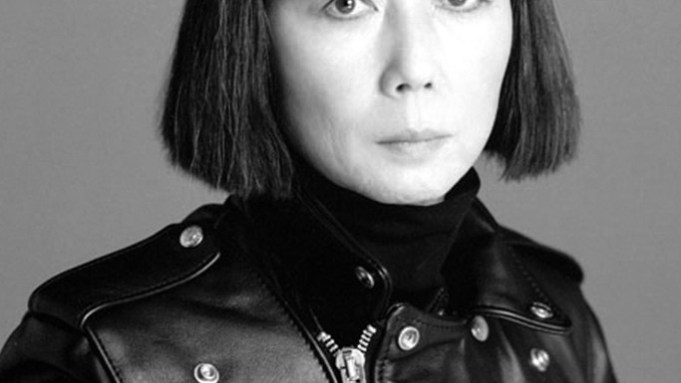 WWD’s week in quotes, culled from stories that ran the week of December 16 to December 20.

• “The runway clothes are delivered late and the sell points are kind of crappy because they’re delivered late and because retailers spend most of their dollars on the pre-seasons…So,  ok, this means nothing? Great! We can really experiment. And it can be our couture, because a commercial weight isn’t on our shoulders. But…” — Lazaro Hernandez of Proenza Schouler

• “We were just beginning to hope that our lives would be better. But now, we are not sure whether our factories will survive another year.” — Bangladeshi apparel worker Mohd Islam Hussein

• “She’s buuuutiful…Sorry. I like a woman, what can I do?” — Roberto Cavalli, admiring a young blonde at his Manhattan store opening.

• “Emotions are the new currency. Together we must help the brand travel on the wings of emotion. And it is with the strength of millions of feathers that I thank you.” — Remo Ruffini of Moncler on the company’s successful lPO.

• “We’re going to celebrate some people who are making a difference, raise a little money for the cause and drink — because nobody is going to bid on a signed Elton John kidney stone when they’re sober.” — Chelsea Handler,  hosting amfAR’s annual Inspiration Gala in Hollywood.

• “Would you like to make out with me?” — Sharon Stone, coaxing bidders at the amFAR auction.

• “It’s a fact that the world has changed, and that the trade-fair landscape of 15 years ago no longer works. We’ve seen the lights go out in Cologne and Dusseldorf…” — Fred Perry’s Peter Raatz on Bread & Butter’s decision to open its trade show in Berlin to consumers.

• “I’m very happy here at the moment. I’ve been very influenced by surfing lately. I surfed in Sweden. There is only one place you can surf in Sweden and I was so happy to surf here. The only thing I was scared of was the sharks.” — Acne’s Jonny Johansson, in California for the company’s store opening in Los Angeles.

• “Looking glamorous is hard work and very little play. It’s early to bed for bright eyes, no drinking for clear skin, no rich foods for a wasp waist. And there are grueling hourse for fittings and dashing madly from one show to another.” — Former top model Gillis MacGil, who died at age 85.

• “As one of our major competitors is going through the changes there could very well be some opportunities for us on a number of fronts.” — Neiman Marcus’s Karen Katz, in reference to Saks.

• “We’re having two flagships in New York. Uptown is staying put.” — Barneys’ Mark Lee, on the company’s decision to open a store at its original downtown location.

• “It’s quite a hubbub back there.” — Fran Lebowitz, on the ‘Wolf of Wall Street’ after party.

• “We take this matter very seriously and are working with law enforcement to bring those responsible to justice.” — Target’s Gregg Steinhafel on a data breach that impacted 40 million of the company’s credit card transactions.

• “Youth is very important for people’s continued advancement, so anything that is going to help people remain or appear vigorous or dynamic, those products will work.” — Tom Doctoroff of JWT Asia-Pacific, on the Chinese beauty consumer.

• “We are trying our best to use this opportunity, and the accord is one big piece of it. I believe worker justice starts with worker safety. They definitely have a brighter future, but it will be not be easy to get that — and we have a long way to go.” — Kalpona Akter, executive director of the Bangladesh Center for Worker Solidarity.

• “Behind a glittery economic façade, we are in the presence of a phenomenon of exploitation bordering on slavery. The [economic] crisis has produced a severe tendency toward black market labor. Certainly we must curb this, but our main job is to protect these people, defend their human rights, concentrating our team effort on these areas.” — Enrico Rossi, president of Tuscany regional council.

• “We are at the beginning of integrating Saks. It’s a lengthy process. It will take three years to fully integrate.” — Don Watros

• “I was hired in the beginning of 1986. I walked into the men’s store and saw Andy Warhol and Jack Nicholson shopping, but not together. Cindy Crawford and Richard Gere would come in. They were the couple du jour. You’d see Lenny Kravitz and Lisa Bonet. And the artists, Basquiat used to buy Comme des Garçons suits, and he would [use] them to wipe his brushes on.” — Simon Doonan on Barneys returning to 17th Street.

• “I considered the idea that I could go back to  the Nineties for a moment and review my look, which was so important for that decade, a wonderful opportunity for reflection.” — Giorgio Armani on “The Wolf of Wall Street.”