Culled from the pages of WWD. Compiled by Dianne M. Pogoda 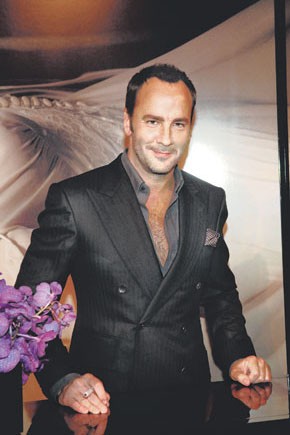 Culled from the pages of WWD. Compiled by Dianne M. Pogoda

“I worry a little about calling it blackberry, but that’s what it is.”
— David Yurman, on the brand’s new packaging; Jan. 5

“I love breaking the rules and the ability to have other niches. There’s no limit. I think this is very important for retail.”
— Ralph Lauren, on his company’s new Global Brand Concepts private label division; Jan. 8

“I like a woman who takes pride in the way she looks. I like women who aren’t afraid to iron. People don’t iron anymore. Sometimes you gotta iron.”
— Rap star Coolio, on his new collection; Jan. 10

“There’s something to be said for being kicked out of your comfort zone. But I have learned that all businesses are alike and face the same kind of challenges. You’d be surprised at how much business is like business.”
— Newly minted Liz Claiborne ceo William L. McComb; Jan. 16

“It helps that I speak the languages. I can scream at [Mario] Boselli in Italian and beg to Didier [Grumbach] in French.”
— CFDA president Diane von Furstenberg; Jan. 19

“There would be a revolt in this country if the Super Bowl were pay-per-view. I think we should make the State of the Union pay-per-view.”
— Humorist Mo Rocca; Jan. 25

“There are more fat people in the world than too-skinny ones, and the fat ones have big, big problems. Nobody cares; they are not glamorous. We are designers, not doctors who have to care about ‘eating disorders.’”
— Karl Lagerfeld; Jan. 30

“We’re cold, but we’re willing to freeze our butts off for a few hours.”
— PETA protestor Melissa Sehgal, wearing only a PETA banner; Feb. 2

“I wear Black Orchid a lot, but I’m not your average guy.”
— Tom Ford on his Private Blend fragrance collection; Feb. 2

“Young designers are so interesting and cool. [They] have a very clear sense of what people want to wear, especially young people. Not to dis people who have been around for a real long time. Obviously, there is a lot to be said for longtime talent and expertise.”
— Anna Paquin; Feb. 5

“There is a terrible tendency in London to become hysterical. It is the most hysterical fashion city, and the failure rate of designers is huge.”
— Colin McDowell, Fashion Fringe; Feb. 6

“I think it’s the first season I haven’t been run over by Beyoncé’s bodyguard.”
— Cindi Leive, on the dearth of celebrities at the New York collections; Feb. 9

“I’m the least electable person in the country. I would start out my campaign with the slogan ‘Religion is bad and drugs are good.’”
— Bill Maher; Feb. 16

“People look at me and David and they see fashion, they see family, they see sports. I think there are people who want to be a part of that. It’s aspirational.”
— Victoria Beckham, on her budding lifestyle empire, dVb; Feb. 20

“More and more I’m realizing that [Christian Dior] laid the blueprint for fashion as we know it today, and the staples of a woman’s wardrobe today….And this was achieved in 10 years and continues today.”
— John Galliano; Feb. 27

“I just think that my work is so far ahead of the curve that it took a while for uptown to catch up.”
— Eric Bogosian; March 1

“I told [chef] Stephanie [Valentine] she could use lobster, caviar, Champagne or truffles — Nina [Griscom] and Sandy [Hill]’s four major food groups.”
— Kendall Conrad at a luncheon for her new cookbook; March 1

“It costs so much that we are not even saying how much.”
— Versace chief Giancarlo DiRisio, on the helicopter designed by the house; March 1

“I walk down the street or into a room at Sundance and everyone wants to know what I think about their movies. I go to a fashion show and no one gives a s–t what I think.”
— Harvey Weinstein; March 12

“Warren Beatty was a f—ing killer in his day. The young girls would go and sit on his lap. I’d walk over and say, ‘Is this OK?’ And he’d say, ‘It’s OK.’ Sinatra was the same way. Very playful.”
— Elaine Kaufman, Elaine’s; March 13

“Paris is like the final game of the World Cup in soccer. Before that, each region has fashion tournaments. Tokyo is the field where [teams] from Asian countries as well as Japanese designers compete.”
— Nobuyuki Ota, Japan Fashion Week; March 13

“Fashion is not just aligning itself with art. Art is realizing it is doing well to align itself with fashion.”
— Tamsen Schwartzman, the Museum at FIT; March 13

“I’m on caviar alert — it must be around here somewhere.”
— Gordon Campbell Gray, at the launch of Quintessentially Wine rare vintage club; April 3

“H&M is fantastic, but this kind of [guest celebrity designer] strategy is depressing because it plays with people’s sense of inadequacy, treating customers as schmucks because they need the endorsement of a high-profile person to feel worthy.”
— Giorgio Armani; April 18

WWD: What’s your favorite question to ask people on your show?

Larry King: It fits any subject, any answer. It always works. You could ask why all day long.
— April 20

“You know what I did wrong at Barneys? I took calculated risks — I just didn’t manage them well.…We were a runaway train. We’d moved from heavyweight to overweight. We overspent tremendously. Perhaps my biggest oversight was this: I should have come up for breath every once in a while to see what the hell was going on with the numbers — even though finance wasn’t under my direct jurisdiction. Such is the consequence of a family-run business.”
— Gene Pressman on Barneys; April 30

“Eternity, as far as I’m concerned.”
— Fendi ceo Michael Burke, on the length of Karl Lagerfeld’s contract; May 1

“I wanted Alice to look like she could kick your ass, not just sit around and drink tea….I knew I didn’t want to be in the [fashion] industry. I call my designs costumes, not fashion. I didn’t want to make things people buy, but make things that people would pay to see.”
— School of the Art Institute student Robyn Coffey, about her Driehaus Award-winning postapocalyptic “Alice in Wonderland” collection; May 4

“I’ll still drive my car and do my own shopping. I do not intend to change my style or my life.”
— Newly installed French First Lady Cecilia Sarkozy; May 22

“We have a bulletproof contract. Nothing has changed.”
— Giancarlo Giammetti, on his and business partner Valentino’s contracts; June 14

“I psyched myself up for the job.”
— Actor Djimon Hounsou, on becoming the next Calvin Klein underwear model; July 16

“Jazz is very related to modern art. It takes off on a theme, goes on to something entirely different and then comes back. Abstract art is like a Titian painting without the head. If you look at the shapes and the colors, it’s the same.”
— Artist Francine Tint; Aug. 13

“They still look like bad girls, but bad girls in demure clothing, which is much better for their mystique.”
—Simon Doonan, Barneys New York, on celebrity defendants’ court wardrobes; Aug. 21

“There are a lot of celebrities who are into fashion, but I actually go to school for it.”
— Venus Williams, launching her EleVen collection for Steve & Barry’s; Aug. 23

“The most important part of art is to be authentic, not to let yourself be influenced by people simply because they are successful.”
— Artist Hedda Sterne; Sept. 4

“As long as I’ve been in the business, I have never seen a delay as long.”
— Jim Gold, Bergdorf Goodman, about the two-hour wait at Marc Jacobs’ spring show; Sept. 12

“I don’t really feel a part of the American fashion community. I really feel like an outsider, I think we all do, and we feel unloved here, so we want to go somewhere else.”
— Marc Jacobs, about the uproar over his spring show; Sept. 13

“I’m thrilled to be here tonight because it proves that I’m still breathing. A lot of people think I’m dead.”
— Lauren Bacall; Oct. 17

“I think it’s the first fashion show visible from the moon.”
— Bernard Arnault, about Fendi’s show staged on the Great Wall of China; Oct. 22

“He thought he was Christ.”
— Biographer John Richardson about Pablo Picasso; Nov. 5

“These aren’t brilliant ideas….The thing that we realized fairly quickly is that growth and success come from brilliant execution more than they do brilliant ideas.”
— Mackey McDonald, VF Corp.; Nov. 14

“I bought two Fendi fur coats. I’ll have to change the buttons — they say Fendi.”
— Diane von Furstenberg at Seventh on Sale; Nov. 19

“I feel like I’m part of an Internet revolution because my music is reaching 14-year-olds in Nebraska.”
— Singer-songwriter Meiko; Nov. 27

WWD asked designers coming to Manhattan from Europe for the Met’s Costume Institute gala what they knew about New York Yankees star “A-Rod.” Here are a few of their answers. (May 7)

“Is that a restaurant?”
— Christian Louboutin

“I don’t know B-Rod! P.S.: I was told this word has a double meaning…but English is not my first language.”
— Karl Lagerfeld

“It’s the nickname of a New York Yankees player…and if I were to ask you who Bobo is?”
— Alberta Ferretti

“Is he a new designer?”
— Roberto Cavalli

“Mr. Valentino has not heard of A-Rod.”
— Valentino spokesman

“What is it? Oh, I’m very ignorant about basketball.”
— Giles Deacon