Just over a week after the launch of the new Wall Street Journal magazine, WSJ., the newspaper may have bigger plans for the magazine's creative director. 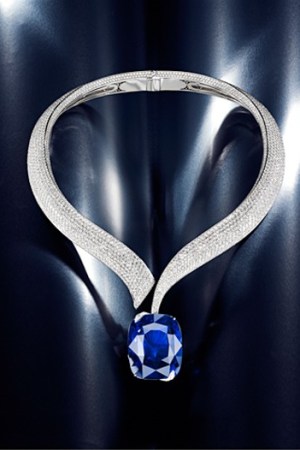 REEL TIME: Chopard sure loves the movies. The jewelry firm, which has sponsored the Cannes Film Festival for 12 years and has also supported the Venice Film Festival in the past, is underwriting Film Society of Lincoln Center’s 46th annual New York Film Festival taking place from Sept. 26 to Oct. 12. Screenings will include Clint Eastwood’s “Changeling” and Darren Aronofsky’s “The Wrestler.” “For Caroline [Gruosi-Scheufele, Chopard co-president], film is her art of choice,” said Marc Hruschka, Chopard’s U.S. president and chief executive officer. “She’s passionate about the film industry at the independent level, more art house than anything else.” The brand has supported actors such as Penélope Cruz and Marion Cotillard, dressing them in its jewels. “It’s the opportunity to support film and support the brand in an international environment,” added Hruschka, who said plunking down the cash to sponsor an event doesn’t guarantee a star moment in Chopard. “We don’t know if an actress will wear anything of ours until the day of, typically. It’s a nice perk, but that’s not why we do it.” One piece stylists will be eyeing is the firm’s new one-of-a-kind necklace with 3,227 diamonds finished off with a 160-carat cushion-shaped sapphire.

THINKING CREATIVELY: Just over a week after the launch of the new Wall Street Journal magazine, WSJ., the newspaper may have bigger plans for the magazine’s creative director, Tomaso Capuano. Known both for his work at the Financial Times’ How to Spend It magazine and later the Times of London — where he worked under new Journal managing editor Robert Thomson — Capuano is said to be in talks with the Journal to have a bigger role on the paper’s visual side. The Journal has not had a creative director since Joe Dizney left in 2006, and Capuano’s responsibilities could include the newspaper and the Web site (which unveiled a redesign this week), according to people at the paper. A spokesman for the Journal declined comment.

MORE EDITORS TO THE SMALL SCREEN: In Style is delving deeper into television. After landing a cameo on The CW’s “Gossip Girl,” the Time Inc. fashion magazine will partner with Bravo’s “Tim Gunn’s Guide to Style” for its second season. Gunn, who is also a mentor to budding designers on “Project Runway,” and co-host Gretta Monahan, owner of Grettacole Spas, Salons and Boutiques, play fairy godparents to the style-challenged looking for a change (Clinton and Stacy, watch your backs). This season, subjects will visit the In Style fashion closet and work with an In Style editor (which will rotate over the eight episodes) to develop their own personal style. The show premieres Oct. 2.

And the magazine could have yet another show in the works. Sources during New York Fashion Week were buzzing that In Style’s Hal Rubenstein will miss fashion weeks in Milan and Paris to work on a television project in Los Angeles, details of which were not revealed.

FIDDLING WHILE ROME….: Restaurateur Donatella Arpaia isn’t particularly known for her understatedness, but showing up to the Bon Appetit Awards Monday in a brand new yellow Lamborghini — on the day of an epic market crash, no less — still managed to cause a stir. Arpaia was there to cheer on partner Michael Psilakis, whose cooking at Anthos, Mia Dona and Kefi snagged him chef of the year at the awards. A cookbook is forthcoming, the two have several more restaurants planned and, Arpaia told WWD, they’re eyeing Las Vegas. Arpaia’s reality show, which Bravo revealed a few months ago as being in development, hasn’t yet shot a pilot, but is still planned. At Del Posto, in a room that included chefs Eric Ripert, Ted Allen, Mario Batali and Bobby Flay as well as Bon Appetit editor in chief Barbara Fairchild, Arpaia shrugged in exaggerated modesty. “For some reason, some people find my life exciting.”

ADS TO ART TO MAGAZINE PARTY: In a convenient convergence, Mark Seliger shot the new St. John ad campaign; Seliger shoots for Vanity Fair and has a gallery space; St. John is a major Vanity Fair advertiser and launched its campaign in the August issue. So it was that all three congregated at Seliger’s 401 Projects on Tuesday evening. The campaign, which features an ensemble of models, is a marked departure from the three-year experiment with Angelina Jolie and Mario Testino, which current chief executive officer Glenn McMahon admitted was “moving too fast.” Meanwhile, McMahon said the brand has been dressing “both sides of the aisle” when it comes to the high-stakes contest to dress Michelle Obama, Cindy McCain and to some extent Sarah Palin. A recent New Yorker profile of McCain noted that “in her size zero St. John skirt suits, and with her lacquered coiffures, Cindy McCain appears pampered and brittle.” Said McMahon, “They should all wear St. John, because we’re made in America.”

SAM SHOOTS BACK: Tribune chairman and chief executive officer Sam Zell has responded to the lawsuit against him brought by current and former Los Angeles Times employees, calling it “a mere distraction,” and vowing to see it dismissed. “I hope every partner in this company is as outraged as I am at having to spend the time and money required to defend ourselves against it. The media industry is in crisis, the advertising environment is extremely difficult and the economy is in turmoil.” The unusual lawsuit, filed Tuesday, is seeking class action status and charges Zell and Tribune with “threaten[ing] to destroy the Tribune company and its assets” with their business decisions.