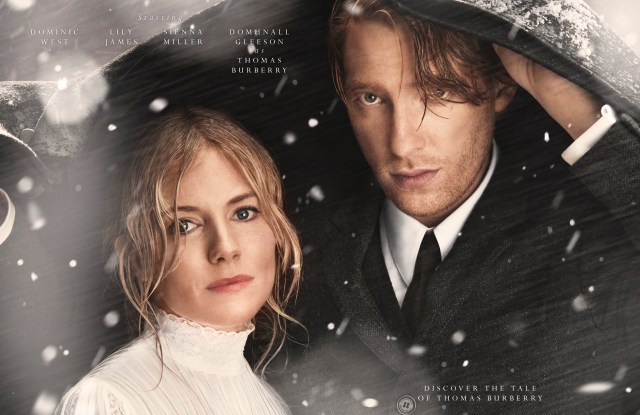 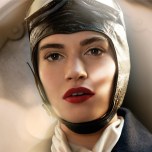 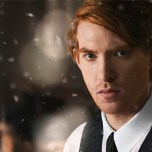 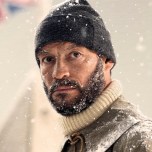 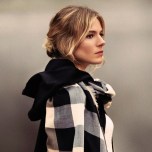 LONDON — Burberry has tapped the Academy Award-winning British filmmaker and documentarian Asif Kapadia to direct the latest holiday film, a short, fictionalized narrative about the brand’s founder and inventor of gabardine, Thomas Burberry.

“The Tale of Thomas Burberry” has been filmed as a cinematic trailer, and stars the Irish actor Domhnall Gleeson; Dominic West as the polar explorer and Burberry patron Ernest Shackleton, and Sienna Miller as Burberry’s fictional first love.

Lily James, the face of the My Burberry fragrances, appears as Betty Dawson, a fictional character based on the female record-breaking pilot Betty Kirby-Green, who flew a Burberry-sponsored airplane. In the film she steals young Burberry’s heart.

“I want there to be a full movie,” said Lily James in an interview. “And with the amount of footage we shot, I’m sure they could have made a film. We invested in the characters, and it was shot like a normal film.”

James said she channeled the spirit of Kirby-Green, who broke a world record flying from Croydon, England, to Cape Town, South Africa — never forgetting her lipstick.

“There’s a bit in the film where I put on red lipstick, and apparently that was true — Betty did reapply her lipstick, before she landed in Cape Town, which I just think is fabulous,” added the actress who has just begun filming a feature-length film, “Darkest Hour,” with Gary Oldman.

That film focuses on Winston Churchill’s battle against Hitler’s army in the early days of World War II, and James plays his secretary.

“I don’t think I exist in the modern day,” said James of her costume drama work. The actress is certainly familiar with time travel, having starred in the TV dramas “Downton Abbey” and “War and Peace,” as well as the 2016 film “Pride and Prejudice and Zombies.”

The Burberry film, which will be released Nov. 1 on the brand’s social platforms, as well through digital and cinema advertising outlets, has a “Downton Abbey” feel, with lush scenery and costumes.

Christopher Bailey, chief creative and chief executive officer, said Burberry wanted to tell the story of its founder “in our own words,” and nod to the brand’s 160th anniversary year.

“The film we have made is a brief glimpse inspired by his full and extraordinary life, which threaded its way through the history of the 20th century in all its tumultuous highs and lows,” Bailey said.

Stills of the cast members and key moments in the film will appear in print ads starting this week in titles including French and British Vogue. The holiday campaign will run through the end of December.

The film was shot primarily at Shirburn Castle in Oxfordshire, England. Materials from the Burberry archive were used in the scenes from Thomas’ workshop, while replica gabardine tents, used for the Shackleton takes, were made at the brand’s factories in Yorkshire, England.

There are also some grim World War I scenes from the trenches (also filmed on the grounds of the castle), and Burberry said it will be supporting the new Defence and National Rehabilitation Centre, which will open in 2018. The facility will provide care for British men and women wounded during service.

The cast wears a mix of current Burberry collections — such as the Heritage trenchcoat and the best-selling Bridle bag — as well as custom-made products and replicas from the Burberry Heritage archive, such as the blue flying suit worn by James in her role as Betty Dawson.

The music comes courtesy of Lawless and Weyes Blood, and is available to purchase on iTunes. The singer-songwriter Lianne La Havas also appears in the film.

Bailey said he’s long been an admirer of Kapadia, who scooped a BAFTA and an Academy Award for his documentary “Amy,” about the late Amy Winehouse, and who also won a BAFTA, and numerous other accolades, for “Senna,” which focused on the life of the late Formula One champion Ayrton Senna.

The screenwriter Matt Charman also wrote “Bridge of Spies.” The director of photography was Dion Beebe, who won an Academy Award for “Memoirs of a Geisha.”

Hair and makeup was done by Jenny Shircore, the award-winning makeup artist from films such as “Elizabeth” and “The Young Vicoria.” She worked with Burberry makeup.

The mood of this latest campaign is a big departure from last year’s effort, a glossy video starring the likes of Elton John, Naomi Campbell, James Corden and Rosie Huntington-Whiteley trampolining to music by T-Rex.