While many firms distance themselves from Tiger Woods, lifestyle brand Le Tigre is taking advantage of the drama. 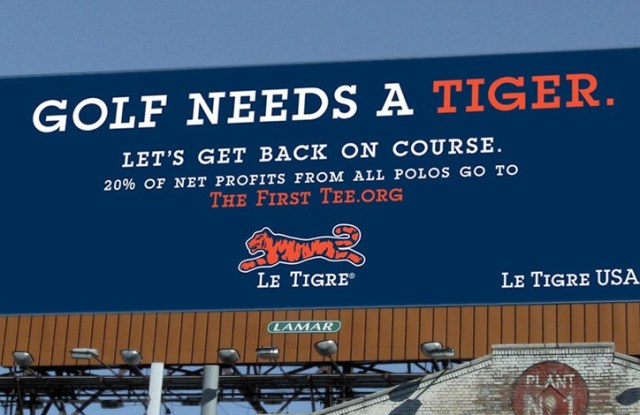 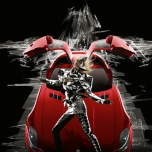 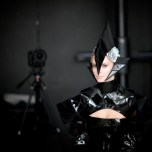 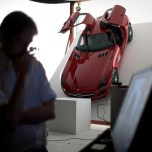 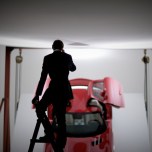 TIGRE PAWS: While many advertisers, such as Accenture, are distancing themselves as far as possible from Tiger Woods, lifestyle brand Le Tigre is taking advantage of the drama with a new billboard, “Golf Needs a Tiger: Let’s Get Back on Course,” that just went up today on New York’s West Side Highway. This is the company’s first big advertising initiative since becoming a subsidiary of the always-topical and cheeky Kenneth Cole Productions in 2007.

MORE CUTS: AOL has finalized plans to eliminate a third of its employee base through voluntary and involuntary layoffs, according to a filing late Tuesday with the Securities and Exchange Commission. The company, which has 7,000 workers, will take on a restructuring charge of up to $200 million, the majority of which is expected to happen through the end of this year, with the remainder incurred through the first half of 2010.

HOT WHEELS: Mercedes-Benz has teamed up with fashion photographer Nick Knight and designer Gareth Pugh in a bid to channel the duo’s avant-garde cool to help promote its latest sports coupe, the SLS AMG. Mercedes-Benz gave Knight, who was selected for his reputation in producing technologically advanced fashion imagery, an open brief for the campaign. Knight then approached Pugh, who created sculpted, armor-like leggings, a corset and a shoulder piece in black patent leather — which a Mercedes-Benz spokesman described as having “[the] angular and smooth natural lines [of] the car” — for German model Julia Stegner to wear in the shoot. Lensed by Knight, the advert features the Mercedes model standing vertically on its front with its gull-wing doors open behind Stegner, who is leaning against it. In working with Pugh and Knight, Mercedes-Benz said it aimed to create a “highly modern visual language.” However, the campaign is hardly Mercedes-Benz’s first foray into fashion. The carmaker sponsors 30 global fashion events a year including Berlin and New York Fashion Week, where the campaign will break on posters, banners and billboards in January and February, respectively. The ad will run in the January issue of German Vogue and Elle and several U.S. fashion titles.