The emphasis was on #MeToo, not Meredith. 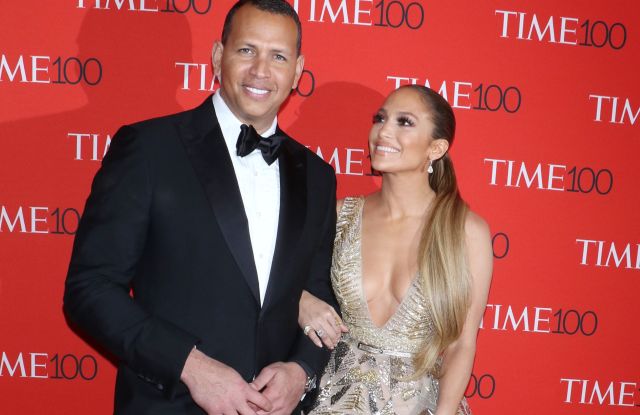 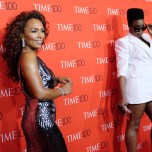 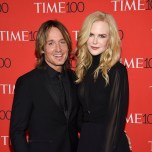 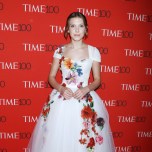 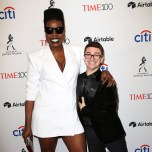 This year’s annual celebration of Time magazine’s list of 100 most influential people drew plenty of mention of the social movements of the past year but sidestepped the fate of the magazine — and the future of the Time 100.

The majority of the guests were, understandably, more focused on discussing the #MeToo movement, which developed over the past year and stretched across industries. But another notable development of the last 12 months, at least for those in the media industry, was the sale of Time Inc. to Meredith and the March announcement that the company is planning to offload four titles, including Time magazine itself.

Perhaps cognizant of the fact that Time might soon be running out, Meredith chief executive officer Steve Lacy and Time magazine editor in chief Ed Felsenthal posed for pictures but declined to talk to reporters as they made their way in to the cocktail portion of the event.

But most of the press lining the red carpet was more concerned with getting snubbed by celebrities than media executives.

But in that crowd, the journalists who brought down Harvey Weinstein — and led to a reckoning across industries — were celebrities themselves.

As Kantor and Twohey, fresh off winning a slew of other awards, including the Pulitzer Prize and the Matrix Awards, said they were more used to being on the other side of the recorder. As they waited to get their photos taken, Gerwig gushed as she embraced them.

“We just want to represent the power of investigative journalism and continue to thank the women who came forward and continue to express our commitment to this line of reporting,” Kantor said. “It was really only because the Times made a huge commitment to sexual harassment reporting in 2017 and stood by us at the toughest moments, and because New York Times subscribers paid for this investigation and so many like it that this got done.”

“We continue to feel like any attention to us at this point is attention to the issue of sexual harassment and abuse of power by powerful men. We hope that we continue to be a beacon to shine light on that issue,” Twohey added. “We are evidence that The New York Times is fully committed to standing up to bullies.”

“I knew the moment people like Emily Nestor were brave enough to go on the record that there was a deep vein of injustice and untold stories here. But I don’t think anyone could have fully anticipated just how brave people would be in industry after industry,” Ronan Farrow said.

“I think a number of things changed. The media landscape changed in some ways. The stranglehold that a few powerful men had on a few outlets that controlled the news cycle is no longer how things work. There is a new generation of outlets, a lot more women leadership in journalism, and I think for the first time survivors could envision a universe where when they spoke they might be heard.”

“It’s just so amazing to see that these cultural tailwinds are picking up and women feel that they have a voice and that they are empowered to be who they want to be,” Wolfe Herd said.

Waters was making the rounds, enthusiastically talking about impeaching the sitting president.

Waters expressed her support for Robert Mueller’s investigation. “I think that leads us right to impeachment,” she said. “Trump wants to fire him. And Rod Rosenstein, too. But he knows that some senators, Democrats and Republicans, have been very vocal that would be crossing that line. So he knows when he can and cannot get away with something like that.”

On a lighter presidential note, Wiley, the artist who painted former President Barack Obama’s official portrait, strode down the red carpet in an eye-catching suit made of traditional West African fabric. Asked who designed it, the painter said that he had.

“I am not a fashion designer, but there are moments where I travel all over the world to find models. Most of the people in my paintings are not Obama, they are people in under-served communities throughout the world. I’ll be in West Africa, collect fabric, bring it to a tailor, and then have moments of celebration like this one to wear it,” Wiley said.

“He mentioned that we had different sartorial styles. And I said, ‘Well, Mr. President, I would be honored to make a suit for you.’ Michelle pulled me aside later and said, ‘Don’t waste your time, that’s just not his style,'” Wiley said. “He caught a lot of s–t just for wearing a beige suit. Can you imagine him walking around in something like this?”

What to Watch: The Next Steps for Meredith and Time Inc.