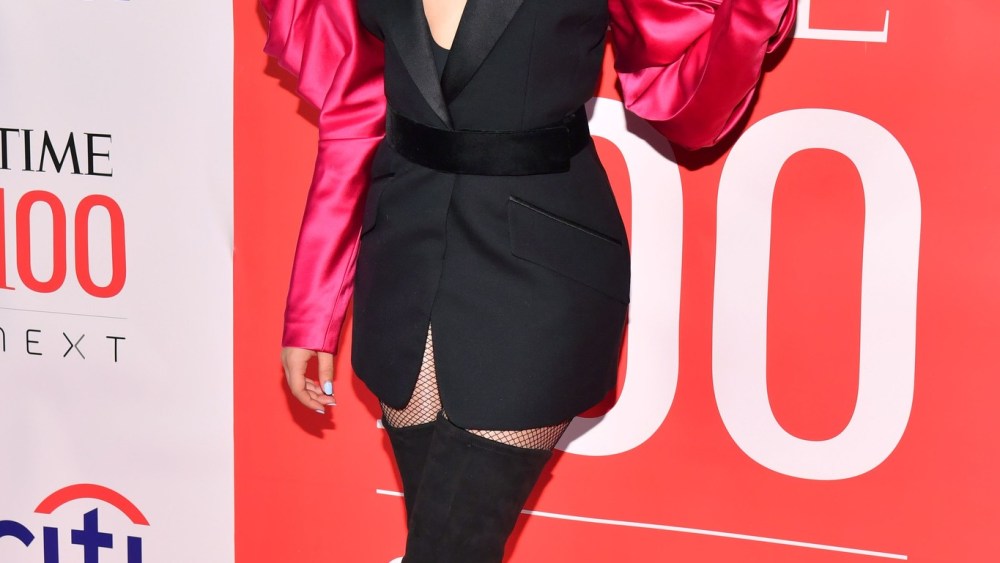 In a bid to build off the success of its 15-year-old Time 100 list of the most influential people and reach a younger audience, the magazine invited a collection of the next 100 Big Things to a gathering at Pier 17 in the Seaport District, all of whom were serenaded by the two singers. Rogers opened and Cabello closed.

“Riverdale” actress Lili Reinhart, “Fantastic Beasts” actor Ezra Miller and Olympic gymnast Ally Raisman were among the eclectic mix of guests who braved the cold to make an appearance at the inaugural Time 100 Next event, which was both a mini-summit and party.

Some guests clearly forgot about the summit part and got a bit too loud catching up over drinks during an onstage interview with the president of Costa Rica, which led to lots of shushing.

But back to the guest list. Others included sexual assault survivor Chanel Miller, Glossier founder Emily Weiss, “Now They See Us” star Jharrel Jerome, who was accompanied by the Central Park Five member he played and activist Korey Wise.

The event was a celebration of the Time 100 Next list of 100 rising stars that the magazine believes are “shaping the future of business, entertainment, sports, politics, science, health and more,” according to Edward Felsenthal, editor in chief and chief executive officer of Time.

“When we first published our Time 100 list of the world’s most influential people 15 years ago, it was dominated by individuals who rose through traditional power structures: heads of state, ceo’s of public companies, actors from big-budget blockbusters, leaders of global foundations. What has been striking about more recent editions is the growing number of individuals who did not need an establishment to command international attention,” added Felsenthal.

Opening the event, Dan Mascai, Time executive editor and editorial director of the Time 100, said: “All of you are here tonight because you are doing extraordinary things. Because you are shaping the future. Because you aren’t afraid to reject conventional wisdom and try something new.”