Her newest work, “Hijacking the Runway,” which dissects the blurred line between celebrity muses and fashion designers. 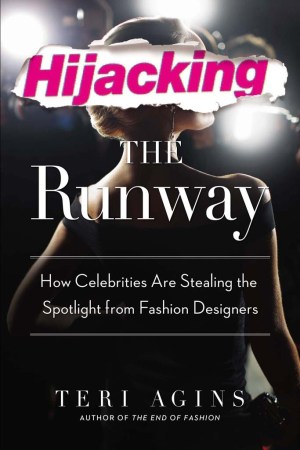 TIME FOR TERI: There was a book party at Lord & Taylor on Wednesday night, when the department store feted Teri Agins and her newest work, “Hijacking the Runway,” which dissects the blurred line between celebrity muses and fashion designers. Guests at the event — the first of a string planned for Agins over the next few weeks all across town — included host Liz Rodbell, president of L&T; Michael Bastian; Yeohlee Teng; Robert Verdi; Susan Kaufman; Roberta Myers; Elizabeth Holmes and Cathy Horyn.

“My quote is right there,” said Stephanie Solomon, the newly hired fashion director at L&T, turning to a specific chapter and pointing at her quotation. “I feel so famous, it’s ridiculous.”

Not surprisingly, most of those at the event spent the night praising Agins — on the record, at least. “The thing that’s best about her is she’s supersmart but someone you can sit on a couch and bulls–t with,” said Bastian. As for her reputation, he added, “You love her or hate her for being whip-smart, but one thing is for sure: You cannot hide something from her.”