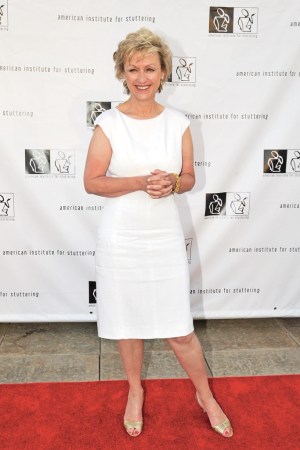 On Nov. 7, a memo was handed out to Newsweek reporters and editors. The note detailed a new process in how to pitch stories.

“Stories are generated in a variety of ways, from chance conversations with Tina or other senior editors…” the memo began.

It read like something one might find in Journalism 101 — not at a legendary weekly magazine. The memo firmly spelled out how to bring an idea to an editor and get it into the magazine. It was elementary.

There was a warning, written in all caps: “A STORY WILL NOT BE CONSIDERED ASSIGNED AND WILL NOT BE [SCHEDULED] UNTIL A PROPOSAL IS WRITTEN AND APPROVED, NO MATTER HOW IT WAS INITIALLY COOKED UP.”

The next direction: Reporters should only send stories to “their editors and no one else. Not Tina, Edward or Tom…”

After the memo was handed out, it wasn’t hard for staffers to read between the lines: This was an attempt to bring order to Tina Brown’s Newsweek. It was designed to curb Brown’s impulsiveness; a way to create a pipeline of stories that would make their way to the magazine, a process that had been previously something of a mess; a system that might make it a little easier to work there.

But it didn’t matter. One week later, managing editor Tom Weber, one of the authors of the memo, quit (the second managing editor to do so in six months). Later that day, Edward Felsenthal, Brown’s number two for three years, revealed he was leaving. On a particularly nutty Monday, the publisher of the magazine, Ray Chelstowski, also departed.

It wasn’t exactly the easiest way to celebrate the one-year anniversary of a merger between Newsweek and The Daily Beast. But then again, nothing has come easy. Some on staff have blamed Brown for Newsweek’s struggles, saying she’s lost her fastball and the one thing that has long guided her — her gut, her knack at spotting the zeitgeist — has faded. Others said it was simply the insane pressure of trying to bring a dead magazine back to life and it would be tough on anyone, and, despite the odds and the growing pains, a few remain optimistic that this will still all come together.

Resuscitating a battered newsweekly in 2011 is a tough bit of business. Last year, The Daily Beast and Newsweek lost a combined $30 million. Ad page numbers tell how difficult it is, too: Newsweek’s ad page performance between April to September was down 18 percent, according to the Publishers Information Bureau quarterly report. This is easy to dismiss (what isn’t down these days!) — but Time is up 4 percent for the year, The Economist is flat and Newsweek is competing, year-over-year, against a version of itself that had an ownership change, a lame duck editor and a very uncertain future.

The turnaround has been hard to come by, but there are also signs of progress: In October, the magazine was up 10 percent in ad pages, a spokesman said. And since Brown relaunched Newsweek, it is up 6 percent on the newsstand, year-over-year, according to the Audit Bureau of Circulation. Subscription renewals are up 2.6 percent, the first time there hasn’t been a decline in five years, a spokesman said.

“I’m a turnaround veteran at this point,” Brown told WWD. “It’s always hard. Each of them has their own unique problems.”

She later added in an e-mail: “I know a thing or two about turnarounds and they are not for the faint of heart. Luckily there are plenty of people at Newsweek and The Beast who find the journey as exciting as I do.”

And then there are the people who are, well, a little broken.

“You’re exposed relentlessly to the truth that we’re not putting out a good magazine,” said one staffer. “I mean, Regis Philbin is our cover this week.”

“People are completely exhausted,” said another Newsweek source. “I don’t think you’ll find anyone who thinks the magazine is great.”

“It can be a miserable place to work,” said yet another.

It’s certainly been a tough couple of weeks for Brown. Last week, Brown — who, as anyone would attest, works incredibly hard — lost her assistant Lena Jensen, who went to work for a start-up. By the end of the week, she was caught up in a small bit of drama. One of her stars, former New Yorker writer Peter Boyer, thought his article on Congress was going to be the cover story. Right before close, he called her and wasn’t thrilled that his piece was on the inside (and the aforementioned Philbin got the cover instead). Brown, in turn, called managing editor Tom Weber and chewed him out for failing to get this communicated to Boyer. By Monday morning, Weber, fed up after dealing with episodes like this on a weekly basis, said he was leaving, according to several people familiar with the incident. By the time she was in a newsroom-wide meeting on Monday, staffers described her as looking and sounding completely wiped.

Acknowledging that her staff was wiped, too — let alone having lost confidence — she said in the meeting “that in six months, we can all get our lives back to normal.” She unveiled her new leadership team: Longtime Newsweek editor Mark Miller was coming back into the fold as editorial operations director and Justine Rosenthal would be the new executive editor.

Rosenthal, who in her short time there is already well liked, struck some as a curious decision since she came from a publication few ever heard of. For a while, foreign policy wonk Leslie Gelb — who one person described as having a “talismanic effect” on Brown — had been recommending that Brown bring in Rosenthal, the editor of The National Interest, a bimonthly foreign policy journal (she had no prior magazine experience). The two women eventually met at Union Station in Washington and after a half-hour of riotous fun, she was hired on the spot. Three months later, she rose from a senior editor to Brown’s number two.

It was a classic tale of impulsiveness for Brown, who has and always will run things in her way (Example: Several times this year, Brown has deputized her husband, Harry Evans, to come into the office and help close an issue if she happens to be away).

“We see a lot of weeks where the lineup is mostly set and then she suddenly wants to move everything around — a story that’s eight pages goes down to four, and then goes back up to six,” said one staffer. “None of that is catastrophic, but it’s very time consuming. The art is suddenly different and the caption has to be changed. And, wait, now it’s four pages! And, wait, there’s a different picture.”

It’s not anything that hasn’t been said about editors before — but staffers said Brown’s second-guessing of stuff happens all week, every week. It leads to, say, office-wide memos explaining the proper ways to get a story into a magazine. (Brown said that memo was about the departing management team “trying to figure out their process of managing. It didn’t have anything to do with my process.”) One staffer said it was a “rookie mistake” to ever get a story in on a Monday or Tuesday — everyone knows that it’s best to file later in the week, so Brown has little chance to fuss over it.

One night in August, a story fell out of the magazine’s Omnivore section, and there was a last-minute scramble to replace it. Brown, who wasn’t in the office, had more than a dozen staffers assemble in an editor’s office and went on conference call with them. “Jane Fonda! She’s speaking at the 92nd Street Y tonight. Let’s get her,” Brown said. Staffers couldn’t help but scratch their heads a bit since Fonda had all but completed her publicity tour and had been offered up to Newsweek a few weeks earlier. Brown had no interest then. This was followed by a slightly mortifying episode in which Brown brought writer Nancy Hass in on the conference call and essentially bullied her into attending the event — something all staffers standing in the conference room had to listen to.

But for all the skeptics and critics of the magazine, there are still believers.

“I don’t think it’s fair or true that this is an unhappy place to work,” said senior writer Jacob Bernstein. “I work with people I love interacting with on a daily basis, doing the kind of long-form journalism that is only possible today at about seven or eight other institutions.”

“There are always going to be some moaners out there,” said Brown.

“Yes, there are disgruntled people, but there are many, many, many more who are not disgruntled,” said Newsweek International editor Tunku Varadarajan, who tweeted earlier this week that Newsweek is “still the best American weekly newsmag.”

“What does it tell you that Dan Klaidman and Mark Miller have elected to come back to the magazine in the last three months?” said Brown. “What does it tell me? It tells me this: Dan Klaidman is one of our premiere journalists, was the editor himself of Newsweek and elected to come back and he had many offers. Miller was living in Texas, editing the Texas Tribune and what does it tell you that he’s coming back? He doesn’t want to be a part of some turbulent situation. He wants to be part of a winning situation. And that’s why they’re coming back.”

And whatever current of discontent exists at Newsweek, everyone there is rooting for it. On Oct. 31, editors gathered on the ninth floor of the IAC Building to talk about a potential redesign. Brown was in attendance, though the meeting was run by former Hallmark magazine editor Lisa Benenson (Brown brought her on as a consultant, another move that confused people). People were engaged. They were excited. There was talk that a redesign would mean that the story well could be reduced to a far more manageable three stories instead of the usual four or five.

And then all of a sudden everyone got a glimpse at the part of Brown’s life they don’t know too much about: Barry Diller walked into the room.

“Tina, I was looking for you and your assistant said that you were on the ninth floor,” Diller said.

He decided to take a seat and listen in. Staffers looked to one another: What was he doing there? There goes that. Any chance to spitball freely suddenly went out the window.

Then Diller chimed in.

Brown politely moved the topic along, and it was an awkward moment for the staff: she loved the table of contents. She is known for spending hours obsessing over it. The meeting wrapped up in the next few minutes. It continued the next day, but it became known in the office as largely a waste of time.

“I think people at the off-site were hungry to hear a vision articulated and people felt that didn’t happen,” said one source.

In a phone interview, Brown, who was sitting in the Quiet Car on the Acela, was asked about that vision, and if she could talk a bit about her Newsweek. It was about 12 minutes into the conversation.

“I’d love to talk to you for 20 minutes but I really can’t do that anymore,” she said. “I’ve got a conference call.”

Her assistant suddenly came on the line and explained she really needed to get to her next call.