The new publication is combining editorial and studio work, along with a direct link from print to online editorial, audio and visual offerings.

Tings is joining a small crop of niche magazines to launch in the last few years, but its founders have some of their own ideas on how to make it a lasting endeavor.

First, Tings, which is revealing its first issue today, isn’t simply a magazine. Justin Campbell, creative director of the outlet and a photographer, and partner Michael Flutie, a talent manager who’s frequently worked in TV and was also behind the first “Queer Eye” series, are creating Tings as a content studio for fashion brands and creatives, online and off.

The biannual print issue, coming out of Los Angeles, is intended to be more of a collectors’ item and will show off some straight editorial and written work alongside shoots and campaigns Tings produced with clients and advertisers. Already Tings is working with Chanel, Saint Laurent, Tom Ford, Louis Vuitton and Omega, as well as SuperDry, which Campbell and the studio are working on something of a brand relaunch for. The first issue has three covers, one of young actor Hero Fiennes Tiffin, one by photographer Edward Mapplethorpe and another of new model Eman Deng. 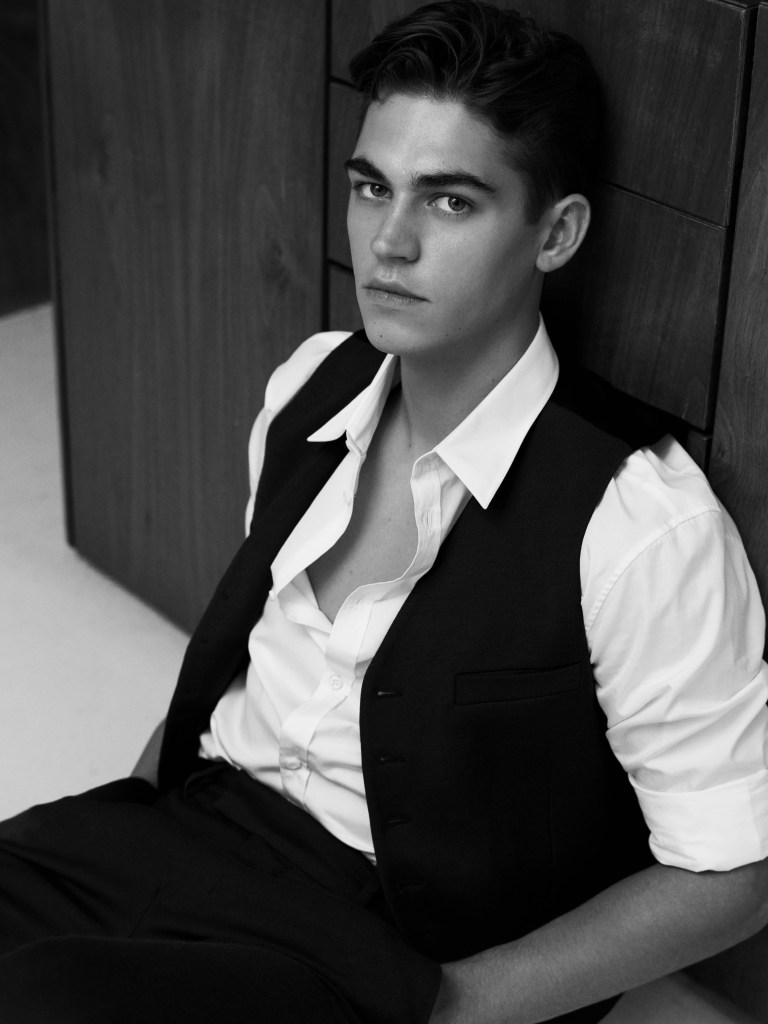 Just about every media company, print and digital alike, has its own content production arm in an effort to bring in more revenue from advertisers as that business has been upended in recent years, causing an ongoing wave of magazine closures. But Tings isn’t really comparing itself.

“We’re very niche and creating premium content,” Flutie said from his home in L.A. “And we think of ourselves first as a studio. The magazine is one of the products the studio creates and it’s to pay homage and respect to print media, which has been a big part of our lives.”

“We want to redefine the word ‘magazine,’” Campbell said, also speaking from L.A. “It’s a recognizable word and it has authority, which is why we like using it… but my group of friends, and especially people even younger, you can’t captivate them on one format or one device anymore.” 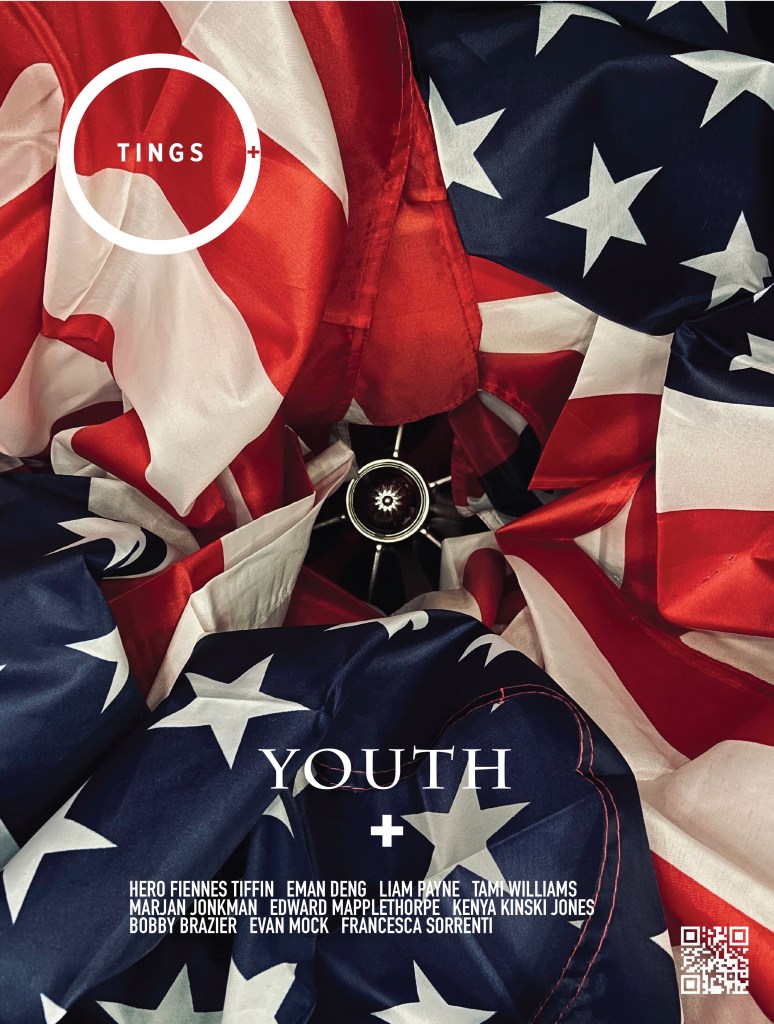 One cover of the new Tings magazine, featuring art by Edward Mapplethorpe.  Courtesy

“Authentic” and “holistic” are words Flutie used to describe the motivation behind Tings and its business, which has no outside financial backing and is already subsisting on payments from advertisers and clients. The studio is busy creating content and campaigns for various clients, some of which show up in the magazine. A good example is Fiennes Tiffin, who is a Tings cover, but also the new face of a Superdry campaign, appearing in the magazine, based on the advice of Campbell. He and Flutie stressed that a focus of Tings is bringing new, young talent to the fore.

“I came out to L.A. in March to start production on a show with [French chef] Jean-Georges Vongerichten, COVID-19 hits and I said to Justin, ‘I think we’re going to have a lot of time for this now,’” Flutie recalled. “We really put all of our passion and energy into building what we had imagined for such a long time, which is the world of print, the world of digital, of audio all these aspects of how we communicate today, along with new talent and nurturing that talent, coming together.”

And while the magazine is, to an extent, a showcase of the studio work, Campbell said it’s still an editorial endeavor, coming from his own frustrations as a young creative unable to publish the kind of work he wanted. Namely work for magazines or brands that he could be proud of.

“Every time I’d get hired and step onto a set, it was subversive advertorial or blatant advertorial, It was like, ‘We have this celebrity and we owe this credit to this brand so you just have to shoot it,’ even if that partnership didn’t make any sense,” Campbell said. “So I just thought there must be a better way.”

Such are the machinations behind nearly every image in any magazine today. And Campbell and Flutie are not trying to change that, but they do want the inextricable ties between advertising and magazine content to be better, more creative and editorially driven.

But both men are hyper-aware that the appetite for magazines has changed considerably in the last decade. Digital is ultimately the focus. The Tings magazine itself will be printed in a limited run and sold directly online and, they hope, in a few high-end fashion retailers that Flutie is in talks with. But it is also launching with a deeply embedded digital component and a fully produced web site that will be the main home for users.

Issues of the Tings magazine have a QR code on each page, which readers can scan on their phones or devices. Occasionally they will be taken to a shoppable advertiser page or campaign video, but more often they will be taken directly to the Tings web site, which offers podcasts, videos and audio versions of written stories. It will be updated with new content daily as will social media channels like Instagram, where it already has close to 100,000 followers.

How Teneshia Carr Built Fashion Magazine Blanc to Represent All

Meredith Lays Off 180 Staffers Amid the Pandemic