Givenchy designer Riccardo Tisci is using a transgender woman among the cast for the house’s fall-winter ad campaign, and it’s someone he knows well. 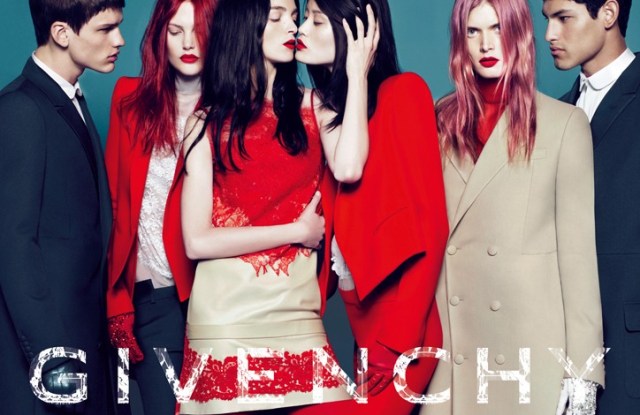 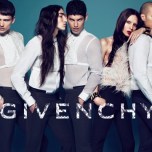 TRANS EUROPE EXPRESS: Givenchy designer Riccardo Tisci has taken the whole idea of “coed fashion shoot” to another level: The designer is using a transexual among the cast for the house’s fall-winter ad campaign, and it’s someone he knows well: his longtime personal assistant and, interestingly enough, former fit model for his own line. Lea T., a Brazilian with delicate features previously known as Leo, appears alongside an ethnically diverse range of faces in the spots, slated to break in the July issue of L’Uomo Vogue. “She’s always been very feminine: superfragile, very aristocratic,” Tisci enthused of the former Mr. T. “She’s part of the family,” he said, noting that Lea is transitioning into a new career, veterinary medicine, in Milan. Model Mariacarla Boscono, there with Tisci since his start at Givenchy five years ago, appears alongside nine other models, including Malgosia Bela, her hair dyed pink, and Joan Smalls. While some women might find the edgy ads a matter of taste, Tisci explained that including a transgender person exemplifies the masculine-feminine dichotomy that has become one of his design signatures and follows coed casting for his Paris runway last March. Mert Alas and Marcus Piggott shot the ads in a Paris studio. The campaign includes dedicated images for Givenchy eyewear and watches, and Tisci said media budgets would increase in certain growth markets for the brand.

FASHIONAIR PAUSED: Looks like it might not be so easy to make money in the fashion digital world after all. The much-hyped Fashionair, the fashion Web site launched last year by Sojin Lee and Simon Fuller, is already on what it euphemistically calls “hiatus.” A spokeswoman said Thursday the site has ceased to produce new content and is scaling back its London operations. The move is the result of a strategic investment review undertaken by CKX Inc., the parent company of 19 Entertainment, of which Fashionair is part. Fuller, who sold 19 Entertainment to CKX Inc. in 2005, left his post as chief executive officer of 19 earlier this year to set up a new entertainment company, though he continues to work on the firm’s three television shows, including “American Idol,” and to consult on 19’s businesses. As part of its annual report issued in March, CKX Inc. said following a review of 19’s businesses after Fuller stepped down as ceo, it planned to focus on the company’s three TV brands and “exit most of the other businesses within 19 Entertainment by summer 2010. These businesses will either be closed, sold or transferred, including potentially being sold or transferred to Mr. Fuller’s new entertainment venture,” CKX stated. 19’s fashion interests include RM by Roland Mouret, Victoria Beckham’s fashion business and Claudia Schiffer’s global representation. In March, CKX Inc. confirmed that it was in talks regarding a potential sale of CKX.