The men’s glossy saw fit to host a special dinner for the pop star at New York’s Carbone as he couldn’t make the splashier “Men of the Year” celebration in L.A. 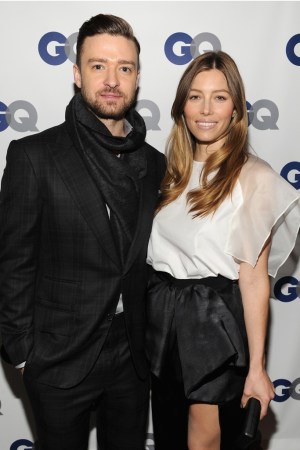 TOASTING TIMBERLAKE: With his new December cover as one of GQ’s “Men of the Year,” Justin Timberlake has now fronted the magazine five times, second only to Tom Cruise’s seven star turns, according to GQ creative director Jim Moore. With that kind of track record, the men’s glossy saw fit to host a special dinner for Timberlake at New York’s Carbone on Monday, as the pop star, who is currently on tour, couldn’t make the splashier “Men of the Year” celebration in Los Angeles on Tuesday. That second fete celebrates the other four cover guys in GQ’s traditional end-of-year honors: Matthew McConaughey, Will Ferrell, Kendrick Lamar and the late James Gandolfini.

“The people who are in that issue, on the cover, are the GQ-est of the GQ. That’s like the perfect intersection of style and undeniable talent,” proclaimed GQ editor in chief Jim Nelson, raising a glass to Timberlake and Ethan Hawke, who was also recognized in the issue along with the likes of Pope Francis, Gov. Chris Christie and the cronut. Timberlake accepted the accolade by nibbling on delicate wisps of prosciutto, evoking a laugh from his wife, Jessica Biel.

“Obviously I look about 12 years old, so my hope is that we can also bring in some new ideas that maybe will resonate with people our age,” he explained of the daily news program, slated to make its debut in early 2014. “We want for viewers to understand how they fit into a story and what they can do to move the needle on the story if they care about it.”

Farrow brushed off all the recent scuttlebutt about his parentage as “a distraction” and suggested nominating the Red Cross leaders responding to the Philippines typhoon as “Men of the Year.” Less earnest was A$AP Rocky, who said he’d like to anoint himself. Why? “Because I’m handsome.”