Tom Craig photographed and filmed the actor in a villa outside Milan for the men's campaign that will bow in September. 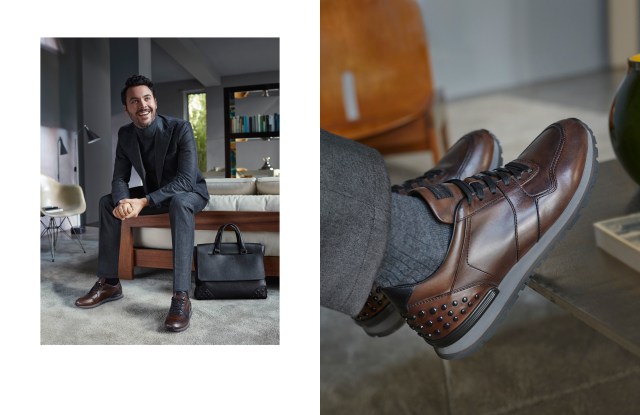 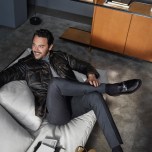 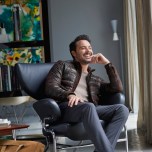 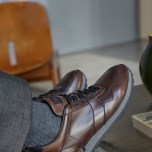 Jack Huston will front Tod’s men’s advertising campaign for fall, due to bow in September. Tom Craig photographed and filmed the actor in a villa outside Milan in May.

The grandson of legendary director John Huston, the actor is keeping busy. His upcoming films include the remake of “Ben-Hur,” directed by Timur Bekmambetov and costarring Morgan Freeman; “The Yellow Birds,” based on the novel of the same name by Kevin Powers and costarring Jennifer Aniston, and British romantic comedy “We Happy Few,” costarring  Gemma Arterton. He is currently filming “Above Suspicion,” with Emilia Clarke. In July, Huston received the Rising Star of the Year Award at CinemaCon and the Ischia Global Icon Award at the Ischia Global Fest.

The video and color images emphasize Tod’s lifestyle image and key pieces such as the quilted, vintage biker-inspired Pash Leather Jacket or the Gommino sneaker. Huston is seen wearing a puffer and carrying a suede Gommino tote from his vintage convertible Mercedes into the design house, and riding a bicycle through the imposing, sun-kissed salons wearing Tod’s track sole pumps.

“I know the brand is synonymous with an exceptional attention to detail, quality and beautiful design and leathers,” said Huston. “It was a fun and natural collaboration and everyone made me feel comfortable and at ease. And nothing felt forced. I’m happy with how the images turned out.”

The English actor, whose father is half-Italian, added: “I love the food, culture and people in Italy. I spent six months filming there last year and my family all fell in love. I’d love to end up in Italy rather soon and call it home. It’s magical.”

In January, to present the collection, Tod’s created a series of tableaux vivants on a set in the garden outside Milan’s exquisite Villa Necchi Campiglio to further establish the label as a lifestyle brand. Andrea Incontri, who designs the men’s collection, introduced Tod’s new down jacket in soft and light brushed leather with a wax treatment that added a vintage, three-dimensional touch to the look. Stemming from Tod’s staple Gommini moccasin, the designer peppered sneakers with the pebble details also on the vamp, not only on the soles.