After a series of high-gloss ads this past fall shot by Mert Alas and Marcus Piggott, the designer took the camera back into his own hands. 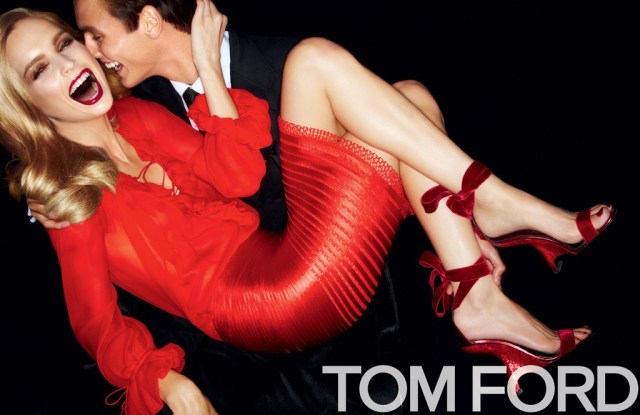 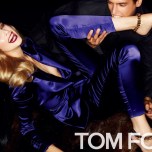 TOM FORD GETS HAPPY: After a series of high-gloss ads this past fall shot by Mert Alas and Marcus Piggott, Tom Ford took the camera back into his own hands for his spring campaign. The designer photographed models Mirte Maas and Mathias Bergh inside a Palm Springs, Calif., private residence in the new ads. The playful, upbeat images have the models laughing and smiling broadly as they romp together — one shot even has Bergh teasingly biting Maas’ ankle.

The campaign breaks in March magazines, including Vogue, Vanity Fair, Elle and Harper’s Bazaar. The company declined to comment on the total media budget. In 2011, Ford spent $835,000 on advertising in the first quarter, $812,000 in the second quarter and $2.3 million in the third quarter, according to Kantar Media figures.

Ford has shot a number of his own campaigns over the years, alternating seasons with outside photographers such as Terry Richardson, Sølve Sundsbø and Marilyn Minter.