Is there anything Tom Ford can’t do? 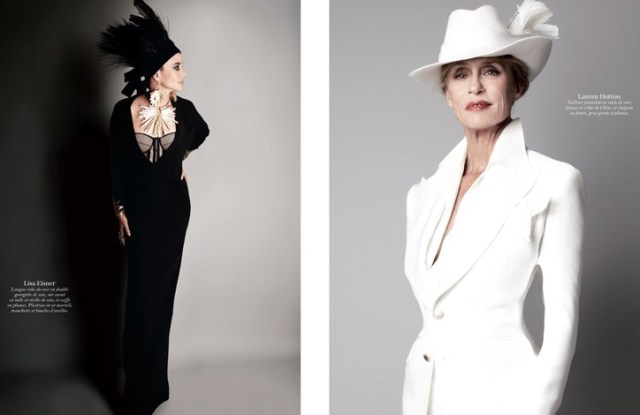 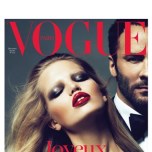 TOM TOM CLUB: Is there anything Tom Ford can’t do? You could forgive Carine Roitfeld, editor in chief of French Vogue, for asking herself that after the designer — handed the reins to guest edit her December-January issue — wrote articles, photographed and styled well features, cast models and art directed everything with the exacting style for which he’s famous. He even spent a couple of days in Condé Nast France’s offices on the Faubourg Saint-Honoré smack in the middle of Paris Fashion Week.

“I always say, ‘Tom has an eye like a scanner,’ ” Roitfeld marveled. “He took his role very seriously. He is truly multitalented.”

This story first appeared in the November 18, 2010 issue of WWD. Subscribe Today.

Roitfeld noted Ford accepted her invitation a year ago, without knowledge that he would reenter the women’s fashion arena last September with a hush-hush, celebrity-studded New York fashion show. He photographed the likes of Lauren Hutton fresh off the runway for a fashion story about his muses, all wearing Tom Ford. Other fashion brands figure in well features envisioned by Ford: one photographed by Terry Richardson at his New Mexico ranch; one on high jewelry, and another devoted to mature women who have resisted plastic surgery. “He very much likes beautiful wrinkles,” Roitfeld said, flashing a smile.

While at times sarcastic and even “caustic,” the issue is also deeply personal. Ford peppers the magazine with family photos, and tapped intimates, such as his longtime partner Richard Buckley and close friend Lisa Eisner, to contribute articles about a variety of topics, from beauty to the Los Angeles art scene. Mert Alas and Marcus Piggott shot the cover image, with Ford visible behind young model Daphne Groeneveld in an ecstatic, mouth-open pose. The holiday issue is slated to hit French newsstands on Nov. 30, polybagged with a calendar lensed by Mikael Jansson and starring model Daria Werbowy.

PACKAGED GOOD: In a bid to restructure its hulking debt load, American Media Inc. on Wednesday entered into Chapter 11 bankruptcy proceedings in U.S. Bankruptcy Court in Manhattan. The publisher of the National Enquirer, Shape and others revealed its intention to file the prepackaged plan earlier this month after ending a previously proposed debt swap. Under the terms of the plan, AMI’s creditors would be paid in full, receive a combination of cash and new notes or get stock in the company when it comes out of bankruptcy. AMI listed assets of up to $50,000 and liabilities of as much as $1 billion in court documents. In a release issued after it formally filed, AMI said the majority of creditors entitled to vote on the plan had approved it, and that it hopes to reemerge in less than 60 days. The company said its cash on hand and cash from continuing operations would be able to fund the business during the bankruptcy, and that it did not need to seek debtor-in-possession financing.

“Publications will function seamlessly, staff will be unaffected by the reorganization and customers should not notice any difference during this short process,” said David Pecker, the publisher’s chairman, president and chief executive officer.

CLIENT CONFIDENTIALITY: Interior designer Victoria Hagan keeps her Rolodex close to the vest, but a look around the room at her book party on Tuesday evening at Daniel was potentially revealing. Is Martha Stewart a client? “We’ve known each other for years,” Hagan offered. What about Jeff Zucker, the outgoing chief executive officer of NBC Universal, who was glued to his BlackBerry just outside the doorway? Hagan only smiled. “I do work with Conan O’Brien!” she proclaimed. “He’s so cool, and he’s my funniest client. I started out working for Ronald Perelman. He expected a lot from me and I think it made me better.” The designer, who was once called “the most cerebral, the one bound to be influential” by The New York Times, is celebrating 20 years in the business with her first book, “Victoria Hagan: Interior Portraits.”