The brand sought out Lisa Birnbach, the author of the “Official Preppy Handbook,” for her expertise on the subject. 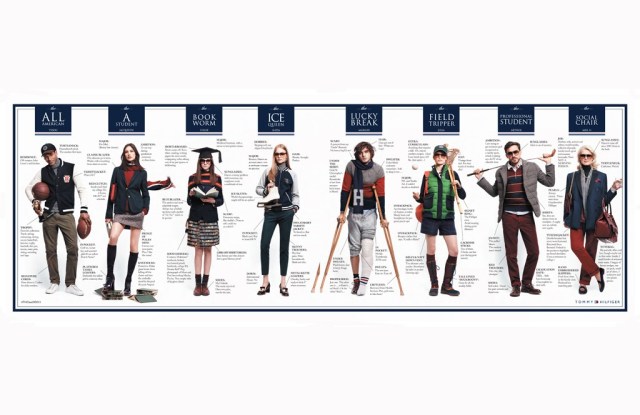 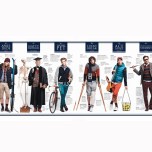 THE HILFIGERS’ PREPPY HISTORY: The “Official Preppy Handbook” was published more than two decades ago, but it still has a hold on the imagination of aspiring WASPs.

For fall, Tommy Hilfiger asked Lisa Birnbach, the author of “Handbook,” to come up with back stories for some of the archetypes of its long-running advertising conceit, “The Hilfigers,” now in its seventh season, which revolves around a fictional family that embodies the so-called “Life Well-Prepped.” Birnbach wrote “Handbook” originally as a gentle parody of prep-school culture, but then saw the people it mocked embrace it so that over the years the book became a cult object.

Two years ago, a follow-up called “True Prep” was released to update and expand the original’s focus. In the Hilfiger campaign, Birnbach fleshes out the cast of characters, broken down into types, like the collegiate queen bee — played by a newcomer to Hilfiger, the model Katya Riabinkina — and the teacher’s pet, played by another new face to the campaign, RJ King. Hilfiger said he sought out Birnbach for her expertise on the subject, describing her as a “true prep connoisseur.”

The fall campaign, photographed by Craig McDean, broke July 23, but Birnbach’s contributions will roll out in the September issues of major fashion titles.