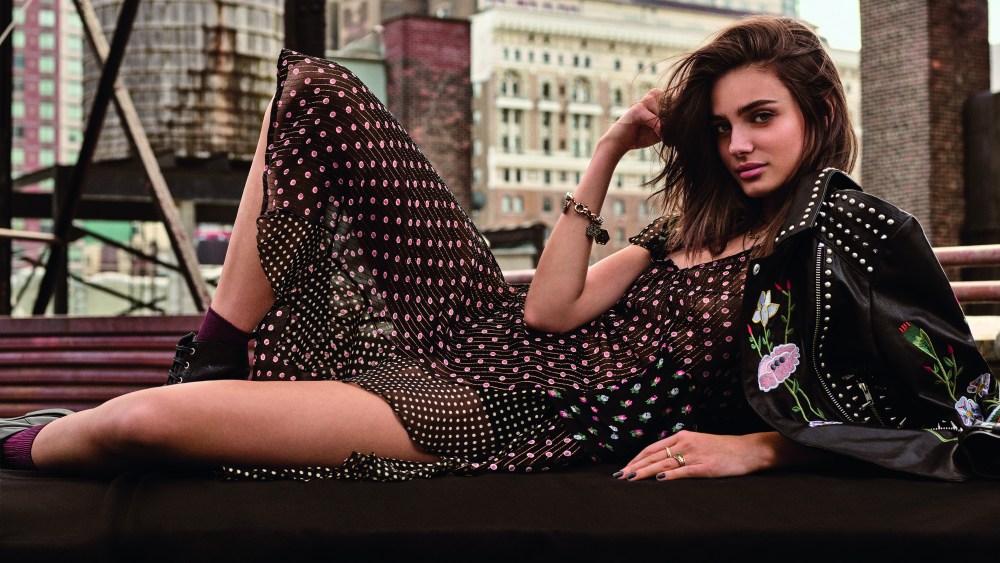 As part of the campaign, Topshop has also created a video that follows Hill and her dog Tate on a typical day around New York.

Earlier this month Hill was named an ambassador for Lancôme. She has recently become a Victoria Secret’s Angel, as well, and appeared in advertising for major fashion houses including Michael Kors and Miu Miu.

The 20-year-old is also an advocate for social media. She has a popular Snapchat account and documents her work and life on Instagram, where she has 4.2 million followers.

Topshop has often enlisted young models with popular social-media accounts for its campaigns in the past, including Karlie Kloss, Cara Delevingne and Bella Hadid.

“Taylor is a social supermodel and a young woman with style and personality; she is every Topshop girl rolled into one,” Phelan said.

The campaign will feature in the retailer’s stores, plus on its web site and social-media channels.