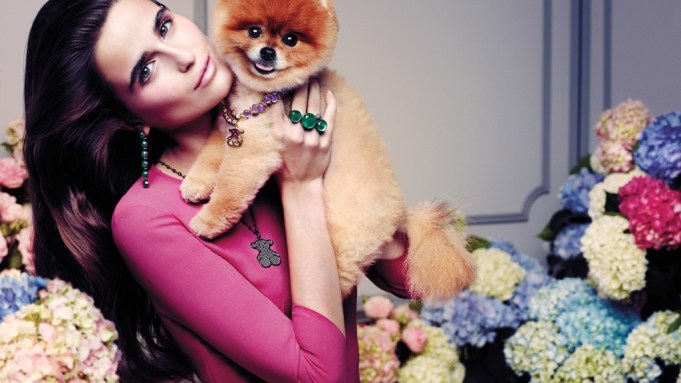 PUPPY LOVE: Tous knows a thing or two about bliss. The Spanish accessories firm has tapped Mario Sorrenti to shoot its spring campaign, centered around the idea of “happiness and well-being,” with help from model Lou Lou Roberts and a very special guest, Tito the Pom. The pomeranian — known for his bear-like appearance, and a celebrity in his own right — moonlights as a supermodel in the images, posing in jewelry from the brand’s spring collection, “Bliss,” available now in stores. “We like to make our clients smile and to surprise them,” Rosa Tous, the brand’s institutional relations director, told WWD. The campaign, shot in Sorrenti’s Manhattan studio, is slated to break in June books.