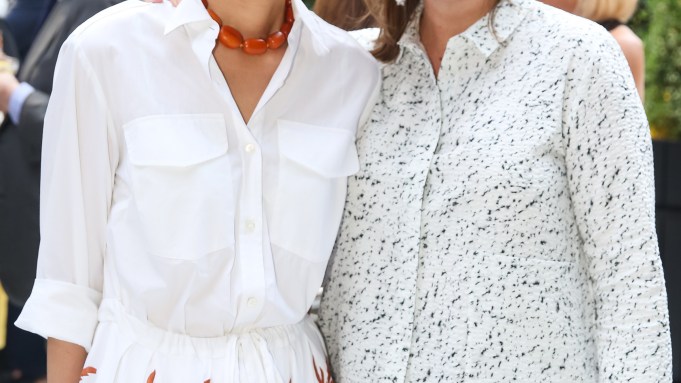 New Town & Country editor in chief Stellene Volandes celebrated her appointment Tuesday evening on the terrace of the Baccarat Hotel in New York, with a party held by HL Group’s Lynn Tesoro and Hamilton South. She was joined by T&C editorial director, and new Esquire editor in chief Jay Fielden as well as David Yurman, Alex and Eliza Bolen, James de Givenchy and Milly’s Michelle Smith. Her new hires, including senior editor Adam Rathe and style director Whitney Robinson, were also present — and sang their new “calm” boss’ praises in the elevator ascending to the shindig.

Volandes’ first issue at the helm of the Hearst glossy hit newsstands this month, featuring Diane Kruger on its cover. “I have been with Town & Country for five years. Even though in the market my focus has been on jewelry and style, I really did a lot of other things, too. I always wrote and edited features throughout my five years. This new role has widened my purview,” she said of her new role.

Her editorship isn’t her only big step for Volandes this year. In September, “Jeweler: Masters, Mavericks, and Visionaries of Modern Design,” her book on contemporary jewelry, will be released with Rizzoli.

Wryly speaking on the project, she said: “I was a literature major actually so I’ve been deep in that world for a long time.”