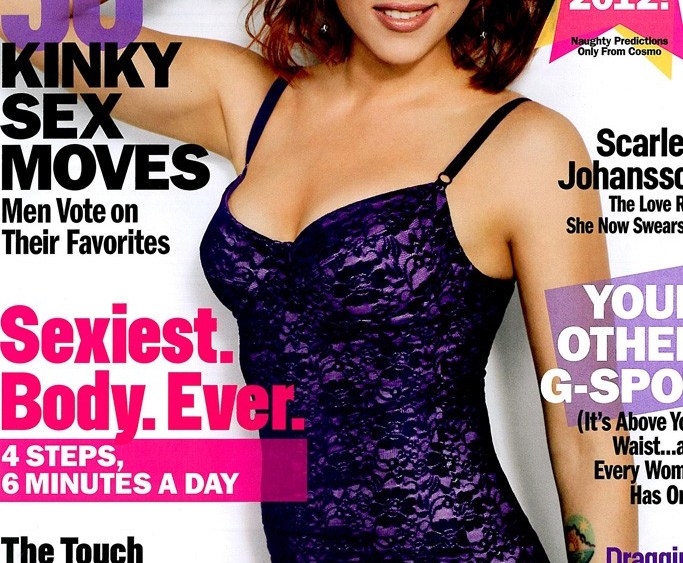 ‘TWILIGHT’ STARS STAND OUT, ATHLETES DON’T: Vogue has an uneasy relationship with sports. Athletes rarely appear on the cover, much less male ones, and when they do, the results are unflattering. Remember that unfortunate LeBron James cover? Before him, you’d have to go back to 2001 to find another athlete cover model — Marion Jones.

In June, the magazine tried to raise the topic again, and again it failed to score. Its Olympics-themed issue, featuring a patriotic “Team USA” headline and a grinning Ryan Lochte, Serena Williams and Hope Solo, was its weakest performer so far this year, moving about 202,000 copies at the newsstand, or 33 percent below its six-month average. The issue was one of several weak months for Vogue, which, alongside Condé Nast titles Lucky and Allure, experienced double-digit drops in total newsstand sales for the first half, according to the Audit Bureau of Circulations, which released the data on Tuesday.

RELATED STORY: A Tough Half for Newsstand Sales >>

Where Vogue did have a hit was in music: its March cover featuring Adele sold 410,000, well above the average.

ABC won’t release audited monthly breakdowns until later this year, but from its unaudited Rapid Report data, some trends are evident.

The declines underscore that no matter how dynamic a cover, it’s going to have a hard time standing out at the checkout counter. If there’s one reliable indicator of success, it’s to gun for the new three T’s: twentysomethings, TV and “Twilight.”

The movie franchise gave Lucky and Seventeen their best-selling covers (March and December/January, respectively). Kristen Stewart also gave Elle its second best so far, with the June issue selling about 217,000, 9 percent above its six-month average. TV’s “New Girl,” Zooey Deschanel, was a blockbuster for Marie Claire with 247,354, while Ashley Benson of “Pretty Little Liars,” helped Teen Vogue sell 129,114 copies, its second best of the year, 19 percent above its average. Lauren Conrad, a perennial bestseller for Glamour, sold 500,072 on its swimsuit issue, or 18 percent above its six-month average. Skewing young resulted in bestsellers for Cosmopolitan (Scarlett Johansson, in January), Elle (Blake Lively, in March), Teen Vogue (“Dark Shadows” actress Chloë Grace Moretz in January/December), and Town & Country, which put a three-decades-old portrait of Ali MacGraw on the cover in February. Vanity Fair had its best cover of the first half with a vampy Marilyn Monroe in June, selling about 353,000, a 1 percent jump from last June.

Let’s take the temperature of who’s not hot: Kim Kardashian fizzled for both Allure (117,000 in March, 7 percent below the average) and Glamour (the January cover with her sisters was its second-worst selling, with 375,000, or an 11 percent dip over the average). Musicians who are not Adele or Lady Gaga also failed to sing: Pink, Katy Perry and Demi Lovato were duds for Cosmopolitan, Teen Vogue and Seventeen, respectively; Christina Aguilera was Marie Claire’s second-worst seller. Not surprisingly, Larry Gagosian’s influence is only felt in the art world. His girlfriend, Shala Monroque, landed on the cover of Town & Country in January and moved about 29,000 copies, the magazine’s second-worst cover so far, behind Olivia Wilde in March, and a 13 percent decrease from its six-month average.

Across the industry, magazines saw total single-copy sales decline 9.6 percent, according to ABC; the figures combine print and digital newsstands.

More troubling, though, is that most monthlies are seeing highly weak newsstand sell-throughs, the percentage of single issues sold against those distributed by publishers. Vogue, for instance, averaged 34.4 percent for the first half, a 16 percent drop from last year’s average, according to MagNet, a service owned by magazine wholesalers that tracks single-copy sales. Only 24 percent of the print Olympics issue sold at newsstands, for instance. The sell-through drop was far more precipitous at Allure, down 19.4 percent, and Lucky, down 16.7 percent.

While some editors qualify newsstand by saying it’s not a true measure of a title’s vitality any longer, the disappointing newsstand and sell-through figures for many come on top of the downright humbling ad page counts for most magazines through September.