The all-digital “Unlike Any” campaign features six female athletes from different sports. 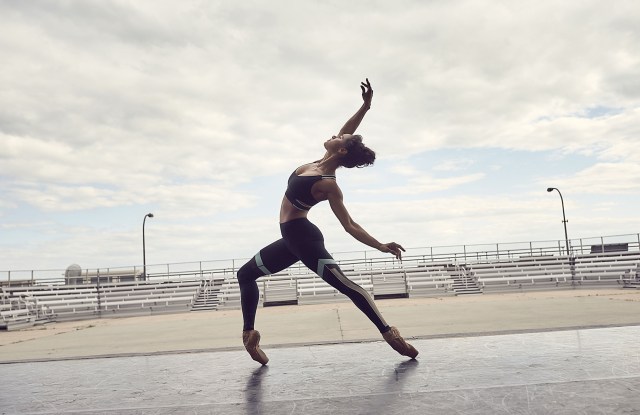 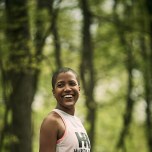 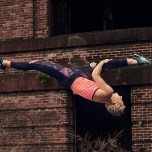 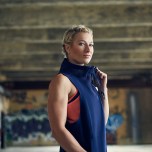 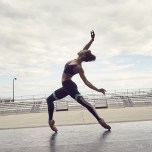 In a multimedia presentation at Chelsea Market here, the brand showcased the films that will be the cornerstone of the campaign. The women are shown in 360-degree rotations that spotlight their athleticism. Spoken word poets Saul Williams, Aja Monet, Kojey Radical, Dominique Christina and Aristophanes wrote a lyrical piece for each of the featured women and their words serve as the background for each film.

The films were created by Droga5 and directed by Georgia Hudson of Agile Films.

Pam Catlett, senior vice president and general merchandise manager of women’s wear for Under Armour, said the women’s category currently accounts for around $1 billion, or about one-fifth, of the company’s sales. While she wouldn’t estimate how large it can ultimately become, she said women’s remains “one of the priority growth drivers” for the brand. The new campaign “reflects the company’s investment and commitment behind it.”

The campaign is the “most integrated execution we’ve done” — more than 350 pieces of content will be used between now and the end of the year — and will hopefully pay off by increasing sales within the women’s category, Catlett said. Right now, Under Armour’s women’s business seeks to “infuse style” into the traditional performance space and centers around sports bras, bottoms and shoes. “If we can win with these products, she’ll look to layer on more and more styles,” Catlett said.

The campaign will be released in Europe and China as well as in the U.S. and will be supported by an “Unlike Any” pop-up for consumers at Chelsea Piers on Thursday.

Adrienne Lofton, senior vice president of global brand management for Under Armour, said the goal of the campaign is to level the playing field for women athletes and remove the gender bias and comparisons to men, such as when a woman swimmer is called “’the female Michael Phelps.’ We need to change the conversation,” she said.

The athletes chosen may not be household names, she said, but they all managed to overcome “real-world challenges.” For example, Desir used running to battle depression, and Hastings has been haunted by self-doubt.

Copeland, the first African-American ballerina to be promoted to ABT’s principal dancer, has been an Under Armour ambassador since 2014 and was the face of the earlier iteration of the brand’s women-centered advertising campaign, “I Will What I Want.” She said: “I believe in the power of inner strength and how it can push you to accomplish the seemingly impossible. This campaign is a celebration of the inner strength that lives in every single person.”