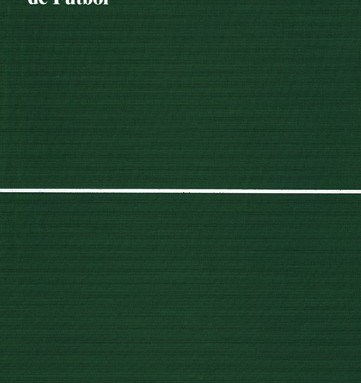 From skateboarders to soccer players and dogs to tycoons, these books speak volumes.

Municipal de Fútbol
Municipal de Fútbol commemorates the phenomenon of amateur soccer in Los Angeles—the everyday experience of the many recent immigrants who have brought their love of “football” with them, playing in pickup games, and in weekend and night park leagues. The limited edition, published by the founder of Revolver, Christoph Keller, includes two books, one poster, nine artist lithographs and an Adidas jersey with a “Municipal de Fútbol/Los Angeles Recreation and Parks” embroidered patch. The edition is already a collector’s item even though it has not yet reached bookstores.

Unknown Halsman
Born in Riga, Latvia, in 1906, Philippe Halsman moved to Paris in 1930 and began his career as a portrait photographer. His career was brought to a grinding halt when Hitler’s troops arrived in Paris in 1940. Halsman escaped to New York with little but his camera. Shooting for Life in the early Forties, Halsman’s disarming ability to expose the personality of his subjects without pretense quickly made him one of the most sought-after photographers by the nation’s cultural elite. Unknown Halsman (D.A.P./ Distributed Art Publishers), edited by his grandson, Oliver Halsman Rosenberg, includes private and experimental photographs, decontextualized advertisements, outtakes from famous sittings, contact sheets and family snapshots.

Miroslav Tichy
Born in 1926 in the former Czechoslovakia, artist Miroslav Tichy withdrew to a life of isolation in his hometown of Kyjov. In the late Fifties, he began with cameras he had made by hand to take photographs of women. This beautifully produced volume, Miroslav Tichy (Walther König), collects his work. Tichy, sadly, has never seen any of his exhibitions, though, since he no longer leaves his house.

100 Superlative Rolex Watches
John Goldberger, editor of 100 Superlative Rolex Watches (Damiani), presents comprehensive descriptions of 100 of the finest Rolex watches ever made, and provides an extensive overview of Rolex’s production. There are more than 600 color illustrations and 400 descriptions providing reference numbers, casing, movement, relative calibers and year of production for each watch.

Ed Templeton: Deformer
Eleven years in the making, the scrapbook about the childhood of professional skateboarder and co-editor of the arts magazine ANP Quarterly Ed Templeton gives a sun-drenched glimpse of what it was like to be young and alive in suburban Southern California. Deformer (Damiani) interweaves disciplinary letters from his grandfather and religious notes from his mother with sketches, snapshots, telling images and the occasional brutal tale.

William Wegman: Dogs on Rocks
Dogs on Rocks (A.S.A.P.) is a volume of new photographs of William Wegman’s famous Weimaraners, taken while he was in residence at The Acadia Summer Arts Program and at his home in Maine. Many of the shots—of the dogs alone, in pairs or in groups—take advantage of the breathtaking vistas of Acadia National Park on Mount Desert Island, where the residency is located. Wegman’s portraits of his dogs are framed by the natural beauty and muted tones of the island’s forest and rocky beach.

Angie Waller: Home of Tycoons
Home of Tycoons is an artist’s book by Angie Waller of the 2004 real estate boom in Beijing—as the old city was being demolished and replaced by high-rises, stadiums and suburban gated communities. The artist uses photo documentation and samplings of poorly translated Chinese-to-English sales materials to reveal the fantastical side of home ownership in China. The brochure for Beijing’s Long Island community reads, “This isn’t an age that dare not speak up wealth, this is an age that needs to use wealth to sublime one’s life.” The book can only be ordered online through couchprojects at blurb.com/user/store/angiewaller.