The fashion house set the production in the Cour Carré of the Louvre, the site of its big-budget fashion shows for the past few seasons. 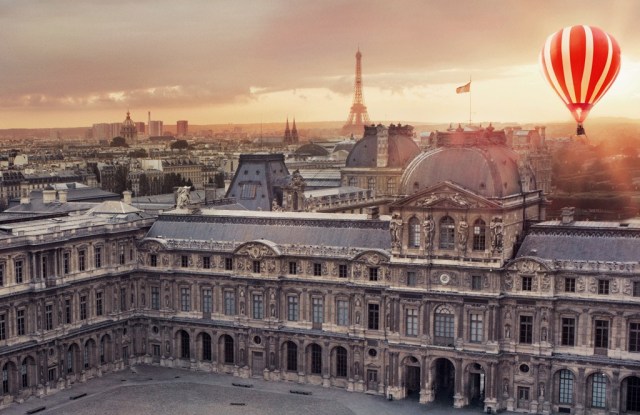 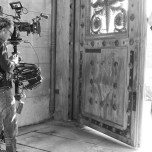 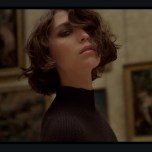 UP AND AWAY: Louis Vuitton orchestrated another spectacle in the Cour Carré of the Louvre, the site of its big-budget fashion shows for the past few seasons. A red-and-white-striped hot air balloon carrying model Arizona Muse in its basket recently lifted off for the cameras of Inez van Lamsweerde and Vinoodh Matadin, who filmed the French brand’s latest push into television and cinema advertising.

One-minute commercials are slated to debut Sunday on CBS in the U.S., TF1 in France, Channel 4 in the U.K., and on 15 channels in China. They are also to air Monday in Italy, Russia, Japan, Korea and Hong Kong. Cinema ads are to commence next week in most of those countries, plus Ukraine and Germany. A two-and-a-half-minute “director’s cut” is to feature on Vuitton’s Web site and various social media.

As original music by British film composer John Murphy swells to a dramatic crescendo, Muse is seen viewing Italian masterpieces at the vast museum, including the Mona Lisa, before using a key on her necklace to unlock a Vuitton trunk she encounters. From the inside lid she plucks a letter, tucks it into her purse and makes her escape into the sunset-streaked Paris sky as a handsome man trails her.

While exalting some merch — her Speedy handbag in Monogram Empreinte leather, and the key pendant Vuitton plans to produce in a limited edition of 1,000 — the dreamy, Hitchcock-esque episode is meant to be a transporting allegory of travel.

It’s the latest example of Vuitton’s “institutional” advertising — which reinforces the brand’s travel heritage and artisanal roots — as a complement to its fashion advertising. Van Lamsweerde and Matadin, who shot Vuitton’s first fashion advertising, said the film is an invitation on a journey, with the key a symbol that — like travel — opens “the pathways of knowledge, initiation, mystery and curiosity.” Vuitton intends to let the story unfold further, with the next episode slated to be unveiled in 2013.