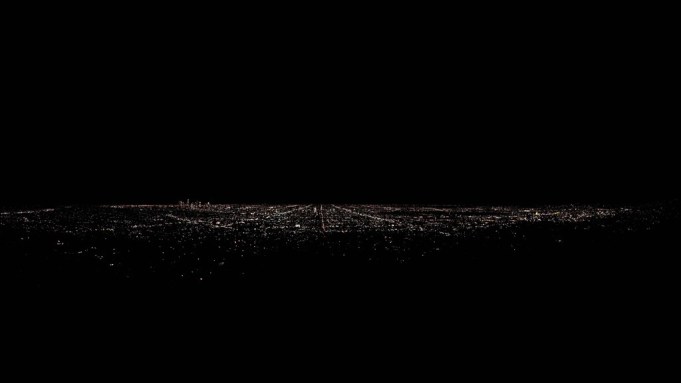 BERLIN — The new magazine Upon Paper isn’t something a reader can pop into their handbag or leaf through on the subway — at about 19-by-27 inches, the semiannual offers something more akin to pulp friction.

Inside the first edition of the megamag, which takes Los Angeles as its inspiration, bilingual German-English text offers articles such as a conversation with artist Doug Aitken; a visit to Sofia and Roman Coppola’s production company The Director’s Bureau; Wim Wenders’ musings about Hollywood; a history of The Beach Boys’ legendary “Smile” album, and a short ode to paper’s sensual tactile nature by young German writer Julia Zange.

The table-sized Upon Paper is intended as a literary imposition. “It’s not easy to handle, but that’s just what we had in mind,” said creative director Helder Suffenplan. “It’s maybe even a disturbance for the usual attitude of consumption, so that you have something touchable, physical, and something that has a certain presence in your flat, or wherever you put it.”

Upon Paper is really an ambitious three-part interdisciplinary project — along with the publication, a Berlin gallery space will host four exhibits a year, and there’s a social media-oriented Web site created by Paul Hetherington, who previously played a major role at Nick Knight’s Showstudio and will also serve as Upon Paper’s editorial director. The hope, said Suffenplan, is that a mix of “professionals, creatives, artists, but also ambitious amateurs” will find a space for dialogue through Upon Paper’s online presence, and will also upload images from emerging and underseen artists, or other aesthetic submissions.

Upon Paper held its launch on Saturday in Berlin, and its first print issue hit bookstores, museum shops and select concept stores Monday, priced at 49.80 euros, about $66 at current exchange, in a print run of 5,000. Its debut exhibition, “Planet L.A.,” opens Wednesday.

Concurrently, Upon Paper is releasing a limited numbered and signed collector’s edition that includes a fine art photo print from filmmaker-photographer Wenders; the special copies, which come in linen-covered boxes, are produced by art book publisher Hatje Cantz, and listed at 980 euros, or $1,307. Upon Paper’s second edition, planned for late summer, will focus on the theme of color.