Like her new cover shoot with Nicole Kidman, Schorr is bringing a different kind of eroticism to Vanity Fair’s pages under Radhika Jones.

Nicole Kidman for Vanity Fair May shot by Collier Schorr.

Nicole Kidman’s latest cover for Vanity Fair is something of a departure, for her and the magazine.

The star has appeared on countless magazine covers over the last 30 years or so, including Vanity Fair, often in some state of undress, hair flowing, makeup soft, her obvious beauty made even more obvious but also palatable for the supermarket line. But for VF’s May cover and inside story, shot by Collier Schorr, the goal was not just “pretty” in a conventional sense. There’s some lingerie, some lipstick — but also bold androgyny, even a buzzcut.

“Part of the joy of the creative process is that you never know what someone will come back with,” editor in chief Radhika Jones said. “I found myself intensely curious about what Collier would do with Nicole in front of her lens.”

She must be pleased with the result, because Collier is now Jones’ first addition to Vanity Fair’s small stable of mostly longtime — and over 60 years old — contributing photographers, which still includes Annie Leibovitz, the only woman for some years, along with Jonathan Becker, Mark Seliger and Larry Fink.

Jones said “it was important” to her to add another woman to the magazine’s list of go-to photographers, but also important to her evolution of the magazine, which she’s been leading for a little over a year since taking over from Graydon Carter and his era of glitzy and often bawdy photos and coverage. Jones’ Vanity Fair seems to have made a conscious move away from that — whether it’s good or bad really depends on whom you ask and what mood they’re in.

“Photography is such an integral part of Vanity Fair, going all the way back to Tina Brown — I felt very strongly when I came in that I wanted to evolve the look accordingly, be part of ushering in a new generation of talent who can help us convey all of the change we see in the culture. That has been on my mind,” Jones said.

As for Schorr, who has worked regularly in magazines and shot campaigns for the likes of Louis Vuitton, Saint Laurent and plenty more, but also has plenty of art-world cred and work in MoMa’s collection, her main goal with fashion photography is simple.

“I’m trying to replace all of the pictures that I don’t like,” she said. 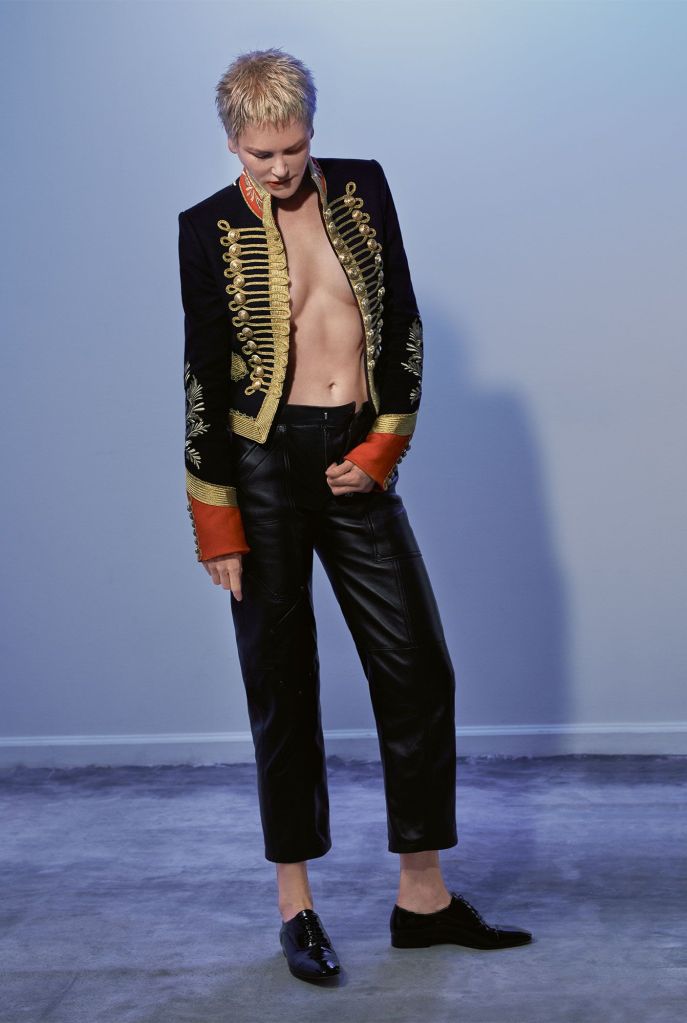 Schorr is openly political with her work, noting she only started out in the late Eighties — first as a sculptor and then more of a collagist before getting into photography — “from a political standpoint.” But for anyone who feels commercial work or magazine work isn’t the place for political art, Schorr disagrees.

“Everything I wanted to do in art — identity politics, feminism, representation — all of it became more potent in magazine content,” she said. “I really believe that a fashion magazine picture can still travel around the whole world and if I can create a sense of intimacy or power for someone who hasn’t had it before, that’s a big impact.”

When it comes to Vanity Fair and being a part of its evolution, not to mention Jones’ first addition to the magazine’s photo contributors, Schorr said she’s aligned with the editor in trying to figure out “who is actually interesting.”

“In my mind, Vanity Fair has always used fame to draw people in to look at other things,” Schorr said. “What’s interesting to me and probably Radhika is how do you use your access to people, that big audience, and inform them? How do you speak to the most people and intelligently?”