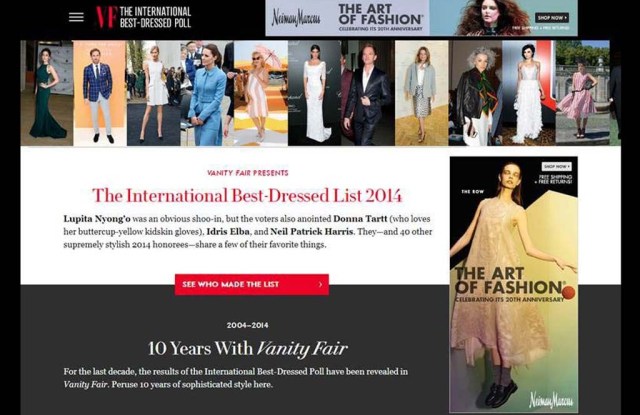 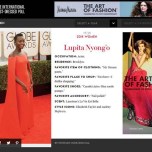 VF’S BEST DRESSED: Vanity Fair is celebrating an old tradition with new media. The magazine, which has published the International Best Dressed List since 2004, will fete the 10th year of its stewardship today with a Web site. “We tried to make it more modern and current,” said Vanity Fair deputy editor Aimée Bell, who worked with digital director Michael Hogan and his team to bring the content online.

Hogan put together archival materials, including slide shows, videos and stories, of past and present winners. “You can see all of the Vanity Fair inductees to the Hall of Fame over the past 10 years,” said Hogan, as he scrolled through a slide show that flashed images of newly crowned winners.

Hogan noted that the site, which will live on Vanity Fair’s Web site, is part of the magazine’s digital strategy to bring more eyeballs to vf.com. That is accomplished via social media, primarily Facebook, he noted. Thus far, in 2014, vf.com has had an average of nearly seven million monthly unique visitors and nearly 36 million monthly page views. The mobile-friendly best-dressed site will include digital ad partners such as Van Cleef & Arpels, Neiman Marcus, and Elizabeth Arden, according to Hogan, who noted that the site will likely be one of many such projects to come for Vanity Fair.