Alek Wek is one of the 100 cover stars of Vogue Italia's September issue.

In times when digital is becoming the preferred medium of communication, Vogue Italia has bet big on print, releasing 100 different covers for its September issue, hitting the newsstands on Aug. 28.

For the unprecedented project, the glossy magazine tapped personalities of different ages, ethnicities and lifestyles and hailing from different industries, telegraphing a message of diversity and inclusivity.

“For the first time, we have created 100 printed covers. Each of them is dedicated to an individual protagonist — different by age, physical appearance and the color of their skin. It is the portrait of a community that, having waited diligently, now finds itself making a fresh start, within the new context of distancing and restrictions,” wrote the magazine’s editor in chief Emanuele Farneti in his editor’s letter.

Other talents include Black activists and models like Bethann Hardison; Ugbad Abdi — the first woman to walk down a catwalk in a hijab — and plus-size model of color Precious Lee. Cameron Russell and Trish Goff, key figures in the #MeToo movement, also appear on covers. 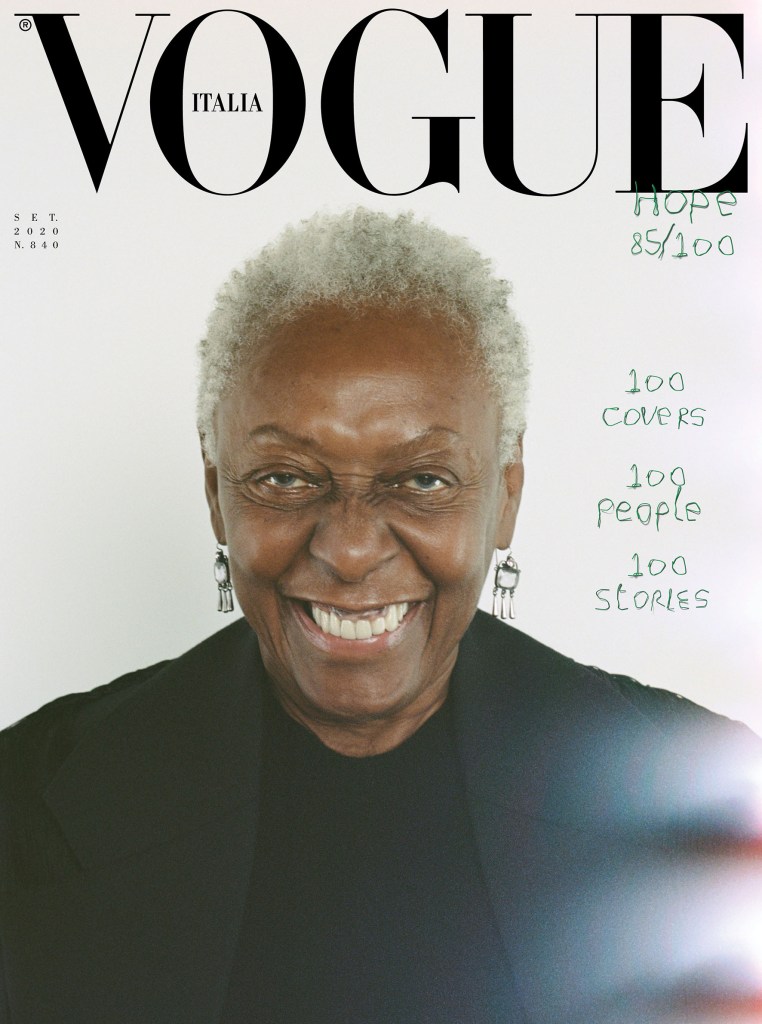 In addition, the casting comprises social personalities such as Emily Ratajkowski and Paloma Elsesser; actresses of the likes of Chloë Sevigny, and nonbinary, genderless and transgender models such as Indya Moore, Juno Mitchell and Cici Tamez, who are fighting for LGBTQ rights. International activists, writers, photographers and artists as well as everyday women also appear on the cover, such as painters Elizabeth Peyton and Avery Singer; video artist Rachel Rose; the deputy director of the New Museum of New York Karen Wong; star architect Gisue Hariri, and Uber driver Debra Solomon.

“The idea is very simple: more is more,” said the publication’s creative director Ferdinando Verderi, who conceived the project. “We wanted to challenge the standards of quantity with which fashion has always measured itself, to express a desire for rebirth and to celebrate diversity and uniqueness in a way that becomes a collective experience.”

Posing against the same plain backdrop, each talent was photographed individually in a studio in New York by Mark Borthwick, who is “one of the long-standing contributors to Vogue Italia” and returns to the pages of the magazine after decades, Verderi said. 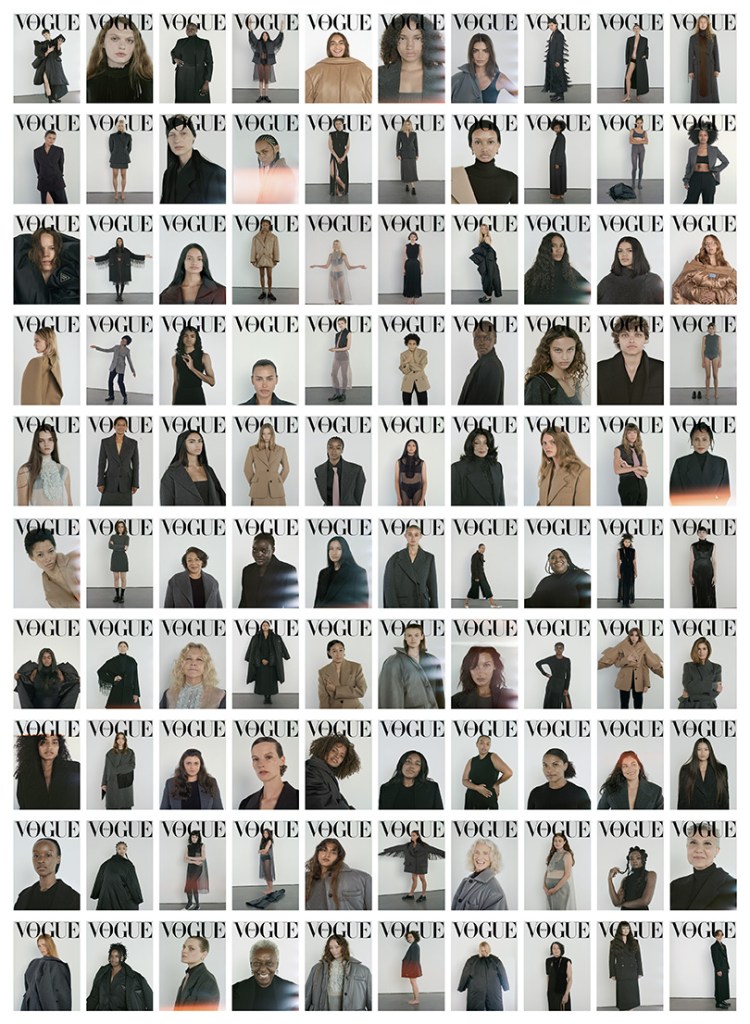 Inside, the issue will feature a manifesto by American photographer Tyler Mitchell dedicated to the struggles of the Black Lives Matter movement, accompanied by text written by playwright Jeremy O. Harris. In addition, an interview with Martin Scorsese will celebrate the 30th anniversary of the director’s documentary “Made In Milan” about Giorgio Armani, while the entire Rossellini family will appear in a group shoot for the first time in decades to mark the upcoming docu-film “The Rossellinis” that will be presented at the Venice Film Festival.

As reported, earlier this year Vogue Italia reacted to the coronavirus pandemic with a special issue, featuring a totally white cover for the first time in the history of the magazine.

“Last April, when we decided to leave our cover white, we were convinced that silence was the right message of respect and reserve,” wrote Farneti. “Now instead, with the onset of a new season that will, in many ways. be crucial, we think this is the moment to raise our voices and talk about hope and beauty.”

To wit, this monthly issue is part of the global Vogue “Hope” project, which marks the first time in the publication’s history that all 26 of its editions printed across the world agreed upon a single editorial theme for the September issue.