Vogue Italia to Stage Second Edition of ‘Life in Vogue’

The magazine will open its doors to the public during Design Week, showing offices revisited by eight designers, ranging from Jonathan Anderson to Massimiliano Locatelli.

MILAN — Reflecting Vogue Italia’s recent evolution into accessibility and marking Milan’s Design Week, the magazine is holding the second edition of the “Life in Vogue” project. 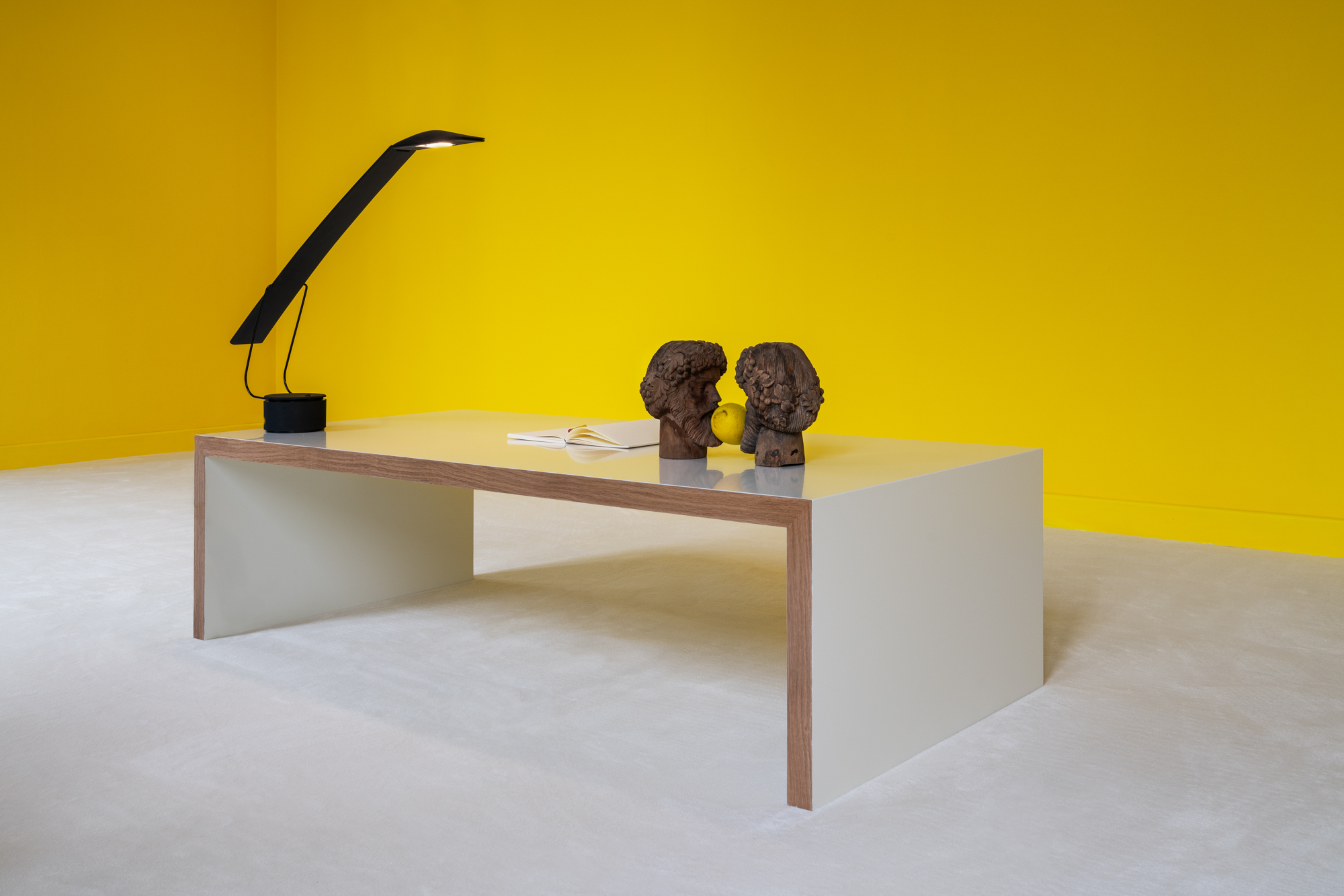 “This year, the names are closer to our world, bridging design and fashion, with Anderson the most evident case,” said Vogue Italia editor in chief Emanuele Farneti, who praised the magazine’s staff for patiently allowing the changes to the offices. “But we are all rewarded when we see the enthusiasm of our readers, the curiosity of other designers checking out their peers’ work and the quality of these ideas,” added Farneti during an exclusive walkthrough ahead of the opening.

Last year, 3,000 people attended the first “Life in Vogue” event over four days, “but we opened the doors only in the afternoon,” noted Farneti.

His own office was redesigned by Raffoul and Moussallem, whose signature style mixes retro and futuristic elements. “We wanted a simple and elegant room for a decision-maker who does not want to show off and does not think all in black or white,” said Raffoul. “It’s a functional space not conceived merely as a decoration, but it can live on,” explained Moussallem as the two partners eyed the changes being made to the room.

They cited a sleek mood inspired by the “Mad Men” series, blending corporate and refined elements, contemporary touches in the stately building that houses the Condé Nast offices. Raffoul and Moussallem selected photos by Helmut Newton and Man Ray for the office; created bespoke items such as black lacquered paneling and a desk “with monolithic elements; an asymmetric rug that was hand-knotted in Nepal, and a colonial Chaise Maurice chair for Nilufar, as well as lights from Nemo, which is a partner in the project.

Farneti said the office designed by Anderson reflected the designer’s ability to mix references from the past with modern touches, as the focus in the room is a classic Henry VII 16th-century English aumbry cabinet, which was used by wealthy families to store and distribute leftovers to the needy, standing between two big windows. A hand-forged silk and iron work created last year by artist Anne Low and titled “Dead Blood” stands in a corner of the room, painted in a shade of yellow that was seen in aristocratic English residences. There is also a simple oak wood desk and an oil portrait of a gentleman with a book by Petrarca.

In the conference room, Locatelli wanted to highlight the square, the medieval Sforzesco Castle and the park outside, said Farneti, inspired by the Désert de Retz park in Chambourcy, near Paris. To wit, the room is painted green and is fitted with marble in a green palette. Locatelli’s Garda Table, aluminum and lava stone ML 1.2 chairs and two Escargot Nemo lamps by Le Corbusier, as well as an LED wall with images from Vogue are other main elements.

Nemo Lighting is the project’s main partner with signature lamps designed by the likes of Vico Magistretti and Franco Albini.

The corridor that leads to the offices and the Talent Room shows a bold and colorful original pattern by illustrator Pierre Marie Agin, who is passionate about Disney cartoons, and who has worked with Hermès, Sonia Rykiel, Issey Miyake and Diptyque. The Talent Room is painted in a vivid and joyful yellow, with two new tapestries that are references to Futurism and the Memphis movement. “This is a love letter to Milan,” observed Farneti.

Other links to the fashion world include: de Cárdenas, who founded Architecture at Large in 2006 and before that was men’s wear designer at Calvin Klein and creative director of production company Imaginary Forces, now counts brands from Nike and Kenzo to Baccarat and Cartier as clients; architecture and design studio Storagemilano, founded by Barbara Ghidoni, Marco Donati and Michele Pasini in 2002, has worked with Bally and Dsquared2 on the Ceresio 7 restaurant, and Studio Proba, founded by Alex Proba in 2013, who is based in New York, is the artistic director of Kickstarter and design director at Mother New York and was recently artistic director of Nike.

The Serbian Kraš designed a mural and a glass desk for the creative director’s office. Farneti said there was no communication yet on the new creative director following the exit of Giovanni Bianco at the end of last month.

Farneti, who succeeded the late Franca Sozzani in January 2017, said that during the first year at the helm of Vogue Italia, nothing in the offices was touched but that last year, with the first edition of “Life in Vogue,” the works in the spaces marked “a moment to restart, adding new energy to all of us.”

He emphasized the importance of Design Week and the furniture and design trade show Salone del Mobile and said he felt that Vogue Italia had in the past focused too much on events such as the Venice Biennale or Film Festival, but that “there is still room to do something even more relevant” linked to this moment. “Milan benefits from the Salone and [running concurrently] Miart also grows. Fashion, art and design joining forces makes this the most relevant city in the world, proves what Italy can be and Vogue must have a role to help it grow,” he mused.

Farneti also revisited Casa Vogue, launched in 1967, with a new layout, which reached newsstands on April 5 (the other issue is published in October), with a cover by Paolo Roversi and articles on the photographer’s atelier; Louis Armstrong’s home, and the new owner of Sigmund Freud’s apartment, which still features the neurologist’s original couch, said Farneti. “For Casa Vogue, I like to focus on lived-in places,” he said.