The party, organized in partnership with Bulgari, will celebrate all things Kawaii.

MARKING A MILESTONE: Vogue Japan is turning 20 and will mark the anniversary with no less than a Kawaii-themed party during the upcoming Milan Fashion Week.

Capping off the first day of shows, on Sept. 18, the Japanese edition of the glossy title will throw a bash hosted by the magazine’s editor in chief Mitsuko Watanabe and its Italian creative director at large Anna Dello Russo.

Dubbed #Tokyoglam, the party will celebrate all things related to modern Japanese culture. “When we marked Vogue Japan’s 15th anniversary, we celebrated the country’s traditional history. This time I wanted to offer a glimpse on its modern, pop culture,” Dello Russo told WWD.

To this end, Milan’s Bulgari hotel will be transformed to resemble Tokyo’s Kawaii Monster Cafe, a wacky restaurant located in the city’s Harajuku neighborhood and replete with garish decor including a giant merry-go-round made of desserts and unicorns. Dello Russo said performers from the Tokyo cafe will fly to Milan for the occasion.

“Twenty years is an important goal achieved thanks to values that deeply connect us, such as boldness, creativity and a rebellious vision,” said Jean-Christophe Babin, chief executive officer of Bulgari, which is partner of the event. 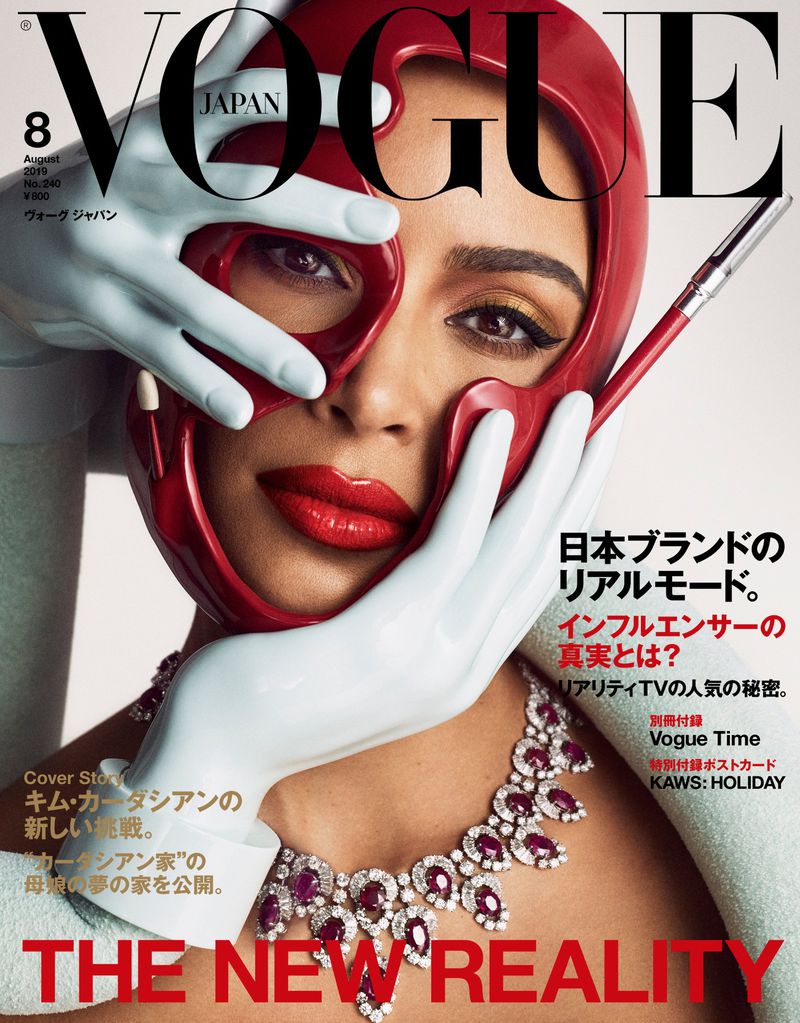 The invitation to the party, adorned with a baroque-style frame, invites guests to embrace the Kawaii dress code, such as Japan’s cute, girlish and often flamboyant style.

“I’m such a fan of this pop, joyful style you see strolling around Shibuya, Harajuku and Shinjuku,” Dello Rosso admitted. “It’s a unique street-style phenomenon that flooded into anime, manga and video games. It is hyper-celebrated in the country and has also expanded globally,” she added.

The party will be co-hosted by The Attico designer Gilda Ambrosio, who has been named the party fairy, while Instagram star Sita Abellan will select the music.

Known for her flamboyant style, Dello Russo is also exploring different options for her party attire. “I haven’t made a final decision yet. I might change my outfit twice,” she offered with a laugh.

Retracing the evolution of Vogue Japan since she took on the creative director role in 2007, Dello Russo said “the Internet revolution has increased the audience almost tenfold, so we had to reinvent ourselves, to keep up with a growing audience online, while simultaneously preserving the quality of the print edition. We cannot lose the charm and dreamlike approach of our magazine.

“Japan is an incredible country where innovation and tradition go hand in hand. Printed media has still an incredible value there and I believe there’s always space for a celebration of beauty and aesthetics,” she contended, adding magazines represent cult items in the country.

Musing on her personal career at the magazine, Dello Russo said, “Twelve years ago when I joined Vogue Japan, no one thought I could work with such a far away country from Milan. However, thanks to fashion’s stateless, inclusive, international and global language, the tie-up has proved successful, which is why I wanted to celebrate the anniversary in Milan, the city where my fashion career took off.”

Another anniversary celebration in Tokyo will follow later this year.

“I think delocalization is really a modern way of doing things. Fashion is a privileged observer, which has often anticipated trends. It’s like Sanskritic as it talks to all the people of the world and crosses borders, tapping into a collective image,” Dello Rosso said.

The duo was behind the intense portrait of Kim Kardashian West on the cover of the publication’s August issue, which kicked off the 20th-anniversary celebrations. West was shot wearing a diamond and ruby Bulgari necklace, her face framed by a red mask.

Also photographed by Luigi & Iango, the title’s September issue, which is available with 15 different covers styled by the Italian fashion editor, celebrates models of different ethnicities and personalities, while the upcoming November and December issues will be monographs dedicated to Japan, shot by Albert Watson and Juergen Teller, respectively.